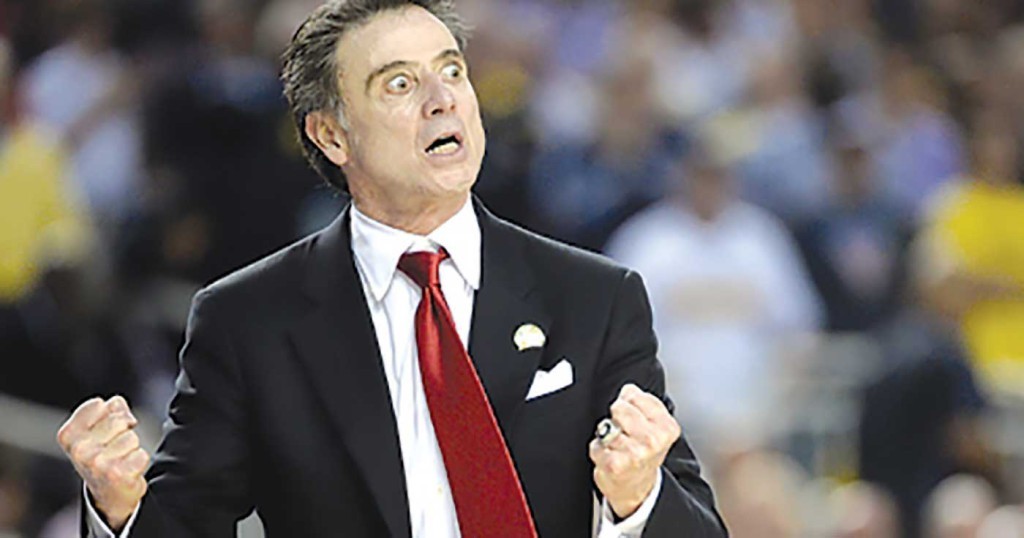 University of Louisville coach, Rick Pitino, signed a contract extension to his contract extension, making him one of the most extended coaches in the country. The previous extension came just before the start of the 2012 season, and extended him through 2022. Now, with the new extended extension, he will be coaching through the 2025-2026 season.

Athletic Director Tom Jurich extended the offer of an extension for many reasons. First, Pitino and his staff have identified a can’t-miss recruit in the class of 2022 — who, if academically eligible will be able to suit up for the Cardinals that fall. While NCAA rules prohibit coaches from discussing recruits until they have hit puberty, Coach Pitino did confirm that he wanted a particular young man and his family to know that he would be the coach for the duration of his career should he decide to attend UofL.

When pressed for the name of the young man, he did smile and say, “I obviously cannot tell you his name, but I will say it rhymes with Jebron Lames Jr.”

Jurich, at the press conference, also indicated that he admired Pitino’s commitment to the program and passion for the game. He said, “Coach doesn’t need this job. He’s here because he loves it, and wants to be a part of it.” He continued, “You can’t find too many people who don’t need a $5.1 million per year job, but just really want it.”

LEON medical expert, Dr. Allan Collamore, explained that the extension should present no challenge to the aging coach. Pitino, who will be 73 years old at the end of this extended contract, should in fact, ultimately be able to extend the already extended extension.

Dr. Callamore says, “Because of his extended employment, and coinciding guaranteed income, coach Pitino should be able to coach for many more extensions after this extension. The medical care he can now afford, should keep him healthy enough to coach into his ‘80s.” He added. “Coaches make enough money nowadays, they can afford to coach years longer than they could even a few years ago. In coaching years, 80 truly is the new 40.”