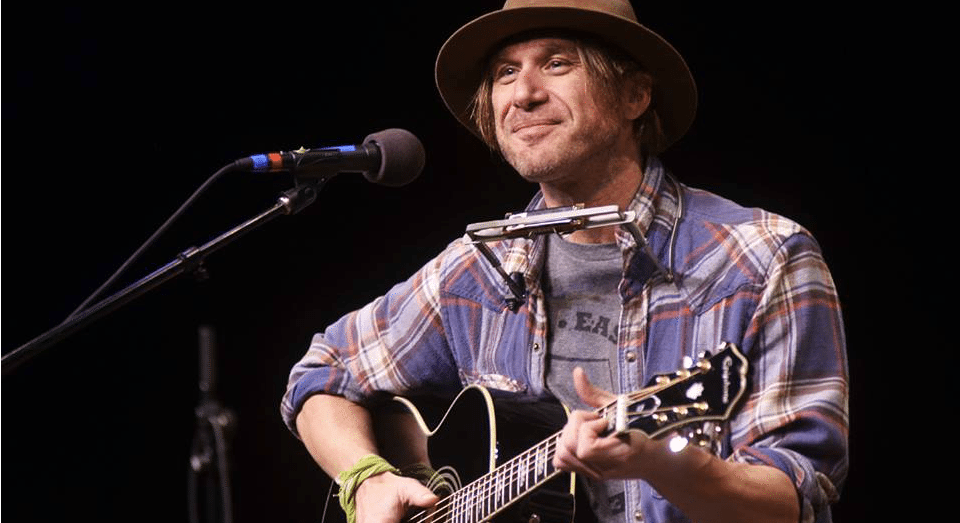 A couple of weeks ago I spoke with Todd Snider, a singing, songwriting guitarist and uniquely wonderful entertainer. I’ve seen Todd perform numerous times and it’s never the same show — it’s just consistently a good trip. Snider takes audiences on spiritual and emotional journeys with his solo show and blasts crowds into the cosmos with his recent band, Hard Working Americans, whose lineup includes David Schools (Widespread Panic), Neal Casal (The Cardinals), Chad Staehly (Great American Taxi), Duane Trucks (Flannel Church) and Jesse Aycock. Aside from the stage, Snider recently wrote a book, “I’ve Never Met a Story I Didn’t Like,” a must-read collection of humorous stories from Snider’s good times and misadventures in the music industry as well as his everyday life. Interviewing him was like having a conversation with an old neighbor.  He revealed some information about current projects, clears up some misunderstandings from a recent interview and shares a lot of personal wisdom from the soul of a well-traveled troubadour.

LEO: Hey, Todd, how you doing?

LEO: Are you in Nashville right now?

LEO: Are you in the process of making a record with Hard Working Americans?

Snider: Yeah, in fact, it’s pretty done. I mean I think it could be out … maybe in the wintertime. I mean, I’m kinda done. There’s a few vocals and guitar parts, but yeah. We worked on it last week.

LEO: How long have you been working on it?

Snider: Well, over the course of a year. We’ve been in the studio three times. Once in Chicago and the rest in Nashville. We just kind of go in and make stuff up. David’s the leader and everyone just throws out all their ideas and he just collages them all together.

LEO: Are there going to be any songs on this record written by anyone else?

Snider: Yeah, we are doing one Guy Clark song. It’s called “The High Price of Inspiration.” The record is a conceptual record about keeping oneself amused. But the album is called “Stick It To The Man”, but it’s also a board game. You can win. It’s like a long complicated thing where you stick it to the man and save the world. You literally save the world.

LEO: The vinyl version will come with a board game?

Snider: You can play the album like a game. It’s based on … basically you have to save Elvis from the movies.

Snider: THE Elvis Presley. There’s this thing called the Blind Lemon Pledge. I made it up. The album is called “Take the Blind Lemon Pledge and Stick it to the Man.” The Blind Lemon Pledge is if you say, ‘If a mule came along I would run away with the world because I am tired of working.’ That happens when you play this game. Once you start the game, a series of 10 events will happen that will save the world and the last one will be that you will be humiliated. Then it’s based on the idea that there were 20 commandments — we have a song called “Half Asses Moses” — and there were 10 other commandments, and, if Moses had brought those down, Elvis would have never made movies. We’re undoing that as a band. It’s a story about this washed-up folk singer who thinks that words still make a fuckin’ difference — and nobody else does. Everyone else has grown up and he loses his wife and his family, and he fuckin’ takes a shit ton of acid and he meets Widespread Panic and he meets their bass player, and the bass player of Widespread Panic is wise enough to know that words will never save anything, BUT when you have a delusional idiot that thinks that you could have the making of a good rock band and if you have a guy who thinks the words he’s saying are the message, it’s a really awesome part of sneaking the real message in. That happens with the drums. That can’t happen unless the guy standing in front of the drums is borderline vacant and I’m perfect for the job. In the story I change my name to Blind Lemon Pledge, because that’s what happens when somebody takes the pledge, they become that — they realize that the pledge goes back many, many years from dressing room to dressing room. What happens in the game [is] you end up in a band and are in a tour that ends up in Memphis, and in Memphis, when you bring Elvis back to Memphis, you are really gonna be embarrassed but it’s gonna save the world. Basically, if you start this game at noon and by evening you are dancing on the bar topless and the police are dragging you out, you’ve won. You win the game when you’ve completely humiliated yourself. Somebody takes the Blind Lemon Pledge every day, and has since the dawn of time. I imagine my own personal humiliation will happen when we play Memphis at the end of the tour. Our band is a political party and a church, but we don’t do either one of those. People say you’ve gotta stick it to the man … well, in our album, we give you his address.

Snider: I’m not kidding. I’ve been researching it for three years. I know who the man is. In the album, we show you how to make him pull your finger.

LEO: So, just some guitar and vocals left to do?

Snider: Yeah. It’s just the idea that I get to be Ronnie Van Zant in this fucking unbelievable jam band that chose their singer based mostly on enthusiasm. It just feels like a karma-related good wave for me. Like I must have been good to somebody somewhere.

Snider:  David Schools. He does not stop. He has this beautiful wife Andrea. And, if it wasn’t for her … she’s just as much a leader in this band as he is.  Every band in the world eventually grows up but one guy in the band stays neurotic and narcissistic and really the Hardworking Americans are that guy from every band they were ever in. We all act like we’re 24. We’re all mad for it.

Snider: I do have something I want you to put in the paper though. Are you ready? A few months ago I did interview and I got a million letters because they were afraid about what I was saying. I want to make this point: If you tell one of your friends that you are afraid you are going to die they will say, ‘Don’t worry. Don’t think like that.’ If you turn right around and say, ‘I don’t give a shit if I am going to die,’ they say, ‘Oh, don’t say that!’ All I was trying to say in that interview is I don’t give a fuck what happens — I’m up for it all. I’m in, whatever the fuck happens. I don’t have a death wish, but I don’t have a life wish. I don’t have a wish and it makes me really happy. Yeah, I nailed that! You know I nailed that!  [laughing]

Todd Snider will perform at The Kentucky Center this Thursday, June 18.