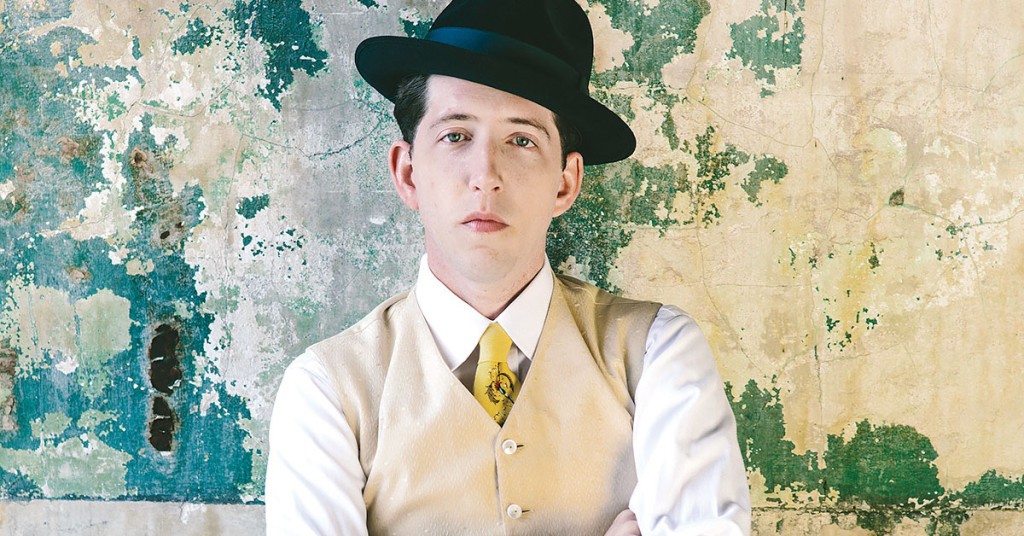 Pokey LaFarge is the sort of roots revisionist that doesn’t incorporate today’s rock and pop landscape into his sound, he instead carefully blends aspects of the past, forming an original brand of Americana. And, while the train-hopping folk, riverboat swing, dancing horns and his archaic croon pay homage to the things that came before it, LaFarge’s freewheeling style somehow comes off as futuristic. A former Louisville resident, who is closing in on a decade of recording, LaFarge recently released a new album “Something In The Water,” which he recorded in Chicago and released through the rising Rounder Records. LEO caught up with LaFarge to talk about how he learned to take his time in the studio, that so much of music is mental and why he left Louisville.

LEO: First of all, I notice you have a 502 area code number. Did you used to live in Kentucky?
Pokey LaFarge: I used to live in Louisville, but I haven’t lived there in seven years.

LEO: What brought you to Louisville back then?
PL: A woman.

LEO: You recently recorded a new album and you’ve been making albums for about a decade now. What’s the biggest difference that you notice between when you started recording and when you go in now?
PL: It’s definitely an experience and tell all. So much of music — as in life — is mental. When you get into the studio, there is no audience, so it’s just you and maybe a couple musicians or a full band and a producer and engineer. It takes a different sort of confidence and reliance on the people around you. You’re in a very creative time. You really have to take your time and make it right. I think in the past that I was so much in a hurry that … I think I was resigned to take the exact arrangements from how I was playing things or how we were playing things live and putting it right down in the studio, which isn’t always the best thing. I think, in the studio, you have to take time and do what’s best for the song. And I’ve kind of only learned that recently.

LEO: Where did you record this record?
PL: We recorded it in Chicago, at Hi-Style Studio. And my band was on it for a few songs, but so were also a lot of musicians from up there in Chicago.

LEO: What brought you to Rounder Records?
PL: The interest, I think, was mutual. They approached me with the idea of wanting to take roots music to the future and wanted to be on board, to help that along. I think JD McPherson signing with them a couple of years ago was proof of that.

LEO: The music on this album, as usual, is super diverse in the realm of roots music. Is that something you strive for or is that kind of just everyone’s respective styles and influences colliding?
PL: No matter what kind of music you play, you certainly want the band’s personalities to shine through. If you look at some of the great recordings throughout time, you can take a song, you can take the production, you can take the arrangement, yeah, but if you don’t have musicians to tack on personality to it — which will technically make it better — and if you try to control it, you can really stifle them and limit how well you are recording. But, you want to go along naturally and do what feels good. That’s another thing that I have learned as I’ve went along, as well: it doesn’t have to be this, it doesn’t have to be that, it doesn’t have to sound like this in order to be that. It doesn’t have to be anything, it just has to be a good song.

LEO: At the beginning of the interview, you said a woman brought you to Louisville. Why did you leave?
PL: The same woman that brought me there. •