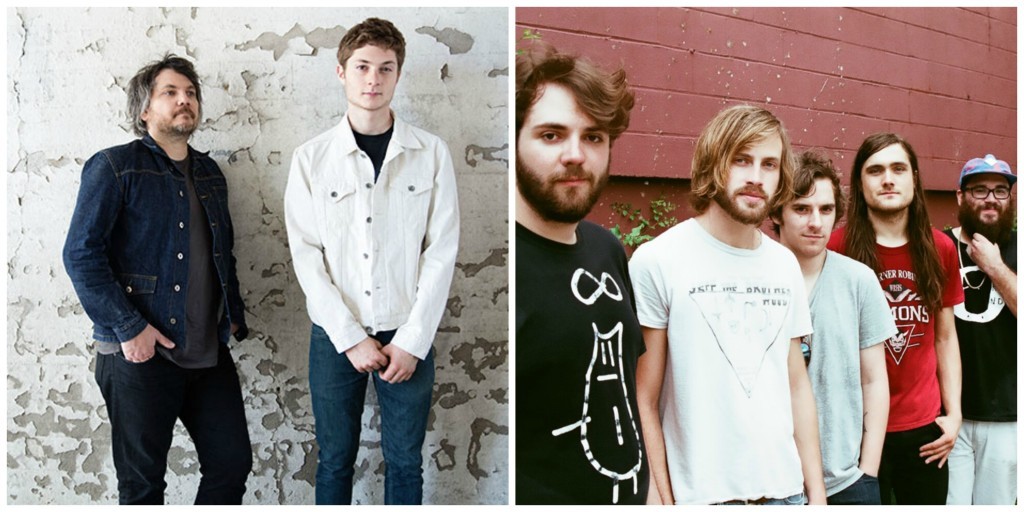 Last week, Forecastle released the 2015 daily time schedules, which seem to be pretty efficient, with little overlap. Although, at a festival this size, there will always be decisions. So, we took what we consider to be some of the most important time conflicts and broke them down.


A psychedelic folk-pop five-piece with multiple lead singers, Milo Green produces the sort of breezy and energetic sound that translates well to festivals, while Parker Milsap — a 21-year-old Oklahoma native — plays sparse, gritty, blues-heavy Americana. He’s one of those musicians who seems 15 years older. The first conflict brings up a pretty consistent and smart trend with these day schedules: Most of the conflicts are between very different bands or artists. If you like highway-worn singer-songwriter stuff, Parker Milsap is your guy. If dreamy indie is your thing, go see Milo Green.


Chris Stapleton seems to be one of the most talked about alt-country musicians since Sturgill Simpson (who is also playing the festival and we highly recommend seeing), while The Word play gospel-style blues in the form of Sacred Steel, with well-known steel prodigy Robert Randolph. If you like heartbreaking words, see Chris Stapleton. If you want your face melted off, go see The Word.

Our pick: The Word


Shovels & Rope are a versatile folk-rock duo that can shell out a whirlwind of sound or slow things down with direct minimalism, while Twin Peaks is a rowdy modern garage-punk outfit complete with heavy hooks and fuzz. If you own more records by The Band than The Clash, see Shovels & Rope. Otherwise, see Twin Peaks.


The Swedish sisters that make up First Aid Kit have a pleasantly intense way of splicing in anger and pain into their woodsy, ethereal folk. So many bands in the neo-folk movement of the early 2010s missed the memo that, if you’re going to sing rootsy tales of twisted fates and tragedies, you at least somewhat have to sell it. They do. White Reaper is probably the exact opposite. They’re not here to sell you anything. They’re going to play some fuzzy, nihilistic punk with a rare combination of speed, melody and ferocity. They play every show like their The Rolling Stones playing a baseball stadium in the ’70s, which takes a rare chemistry of attitude and hunger to do.


Wilco’s Jeff Tweedy gave “dad-rock” critics something literal to chew on by forming a garage-folk duo with his son, while Diarrhea Planet has the best worst name in music. Tweedy is touring behind their debut record and they splice in some Wilco originals as well as stuff from “Mermaid Avenue.” Diarrhea Planet has four guitar players. If you plan on consuming more than five beers on Sunday, see Diarrhea Planet. Otherwise, see Tweedy.

Our pick: Still can’t decide. This one will probably be a coin flip for me.

Modest Mouse is touring on their first album in eight years, “Strangers To Ourselves,” which, much to my surprise (I always have low expectations after a hiatus), was really good. Portugal. The Man brings Danger Mouse-approved post-hardcore that is chaotic and rambling in its music and sure and cool with the vocals. Field Report’s hushed and stark vocals get an interesting juxtaposition with thick, forward-thinking music that respectively carries a tremendous amount of weight and ends up exceeding the sum of their parts. You probably already know whether or not you plan to see Modest Mouse, so if they’re not your thing: if you like The Black Keys more than “Blood on The Tracks,” go see Portugal. The Man.


A hint of Townes Van Zandt, with a heavy dose of the indie folk in the vein of Bon Iver, The Tallest Man On Earth’s style of folk pays homage to the past, while looking directly into the future. King Tuff plays the dirty garage-blues that resurrect your 17-year-old inner punk who’s still lurking around somewhere. If you’ve into boundary-pushing folk, go see The Tallest Man on Earth. If not, buckle up for King Tuff.