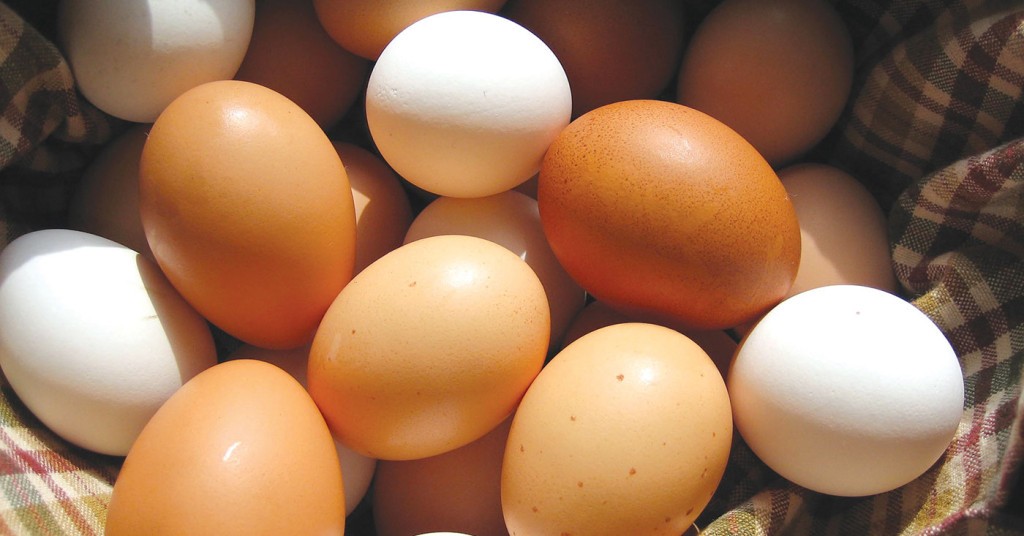 As bird flu spreads through commercial poultry operations, and neighborhood chicken-keepers are busy stocking cartons of summer surplus in their refrigerators, local eggs at the farmers market could soon become the consumer’s least expensive egg purchase. With the laying hen population down 10 percent, and prices currently doubled, the 45 million euthanized birds buried in mass graves throughout the Midwest leave the commercial egg industry 30.6 million eggs short each day.

Avian flu poses almost no risk to humans — the outbreak in the U.S. is only affecting chickens, turkeys and wild birds — but experts are still unsure exactly how it’s spreading from isolated factory farm to isolated factory farm. Pastured hens and backyard flocks have been almost completely unaffected by the outbreak of avian flu nationwide, except for Northwestern flocks at the beginning of the outbreak. Louisville’s chickens have, so far, been safe from flu.

The U.S. produces 90 billion eggs each year, three-quarters of which find their way to our tables. The remaining quarter is hatching stock used to maintain the poultry population, or in the case the avian flu epidemic of 2015, to reestablish it. Pullets, female chickens under a year of age, don’t begin to lay until they’re nearly six months old, which makes egg layers more valuable assets — and crucial to the success of our current food system — than meat birds processed at just 6 weeks old. So far the U.S. population of meat chickens has not been affected by the flu epidemic. But, the danger of a pandemic threatens the poultry industry we’ve long depended on and supported, despite its unsustainable nature.

The average American eats 250 eggs per year, approximately the same number of eggs a factory hen can lay annually. Compared to her caged counterpart, the backyard and pastured hen lives peacefully, consumes superior nutrition, and suffers fewer illnesses, if any — she can lay more eggs. When egg consumption was higher in 1950 (375 eggs per person per year), more consumers kept their own chickens or they (and their grocers) had closer connections to community farms.

Today, with the quality of life we can provide in many of our backyards, and at pasture on smaller farms, we could produce all the eggs we need. We were doing it in 1950.

Growing some of our own food, raising chickens, and even paying the upfront cost of a farmer’s CSA (Community Supported Agriculture) program, for example, are investments that buy us something our food industry can’t provide: quality control. We also invest in humane care of animals, provide economic support for a farm and its family during the time they nurture living, breathing, growing animals, whose meat or eggs you’ll eat later in the year. Pricier foods tend to hold more value for consumers, so these foods are less likely to be wasted than cheap foods that are easy to replace.

Local, pastured eggs, even at $3/dozen, are still one of the cheapest, most nutritious forms of protein available. At just 25 cents apiece, or four eggs for a buck, they pack a greater nutritional punch than factory eggs. Pastured eggs contain more vitamin A, D, E, Omega-3s and beta-carotene, and less cholesterol and saturated fat, according to Mother Earth News magazine’s independent lab tests. And, compared to meat, ‘expensive’ eggs are still cheap.

The food industry won’t tell us that better food security and nutrition lie outside in the sunshine. There, happier flocks are made of various breeds with a larger pool of genetic diversity. Not only does the grazing, pastured lifestyle of a diverse flock help protect the chickens from devastating disease, but salmonella, a bacteria that causes food poisoning, is far less common than it is in factory-farmed flocks.

We can’t deny that certain areas of the country are best suited for raising certain foods, so we’ll never go back to relying only on local items. The ability to transport foods from far-away places is an innovation that’s given us things like tea, olive oil, bananas, and inland seafood. This is good. But, we don’t have to support a food system that relies on our need to rely on it—a system that promotes disease within itself.

With the egg industry as fragile as it finds itself today, there’s never been a better time to try some brand of backyard farming, or to seek out the farmers who are already working to establish a more sustainable food system in their communities.

In the old Stone Soup parable, a hungry stranger boils a pot of water in the center of an equally hungry town and explains that he’s making soup. “Mmm… this would be so much better with onions,” he says. The hungry townspeople hoarding single items eventually work together to make soup that feeds the entire town.

When it comes to chicken eggs, every community could produce enough to meet its own needs. Pockets of bird flu hither and yon would never bring an entire nation of egg consumers to its knees.