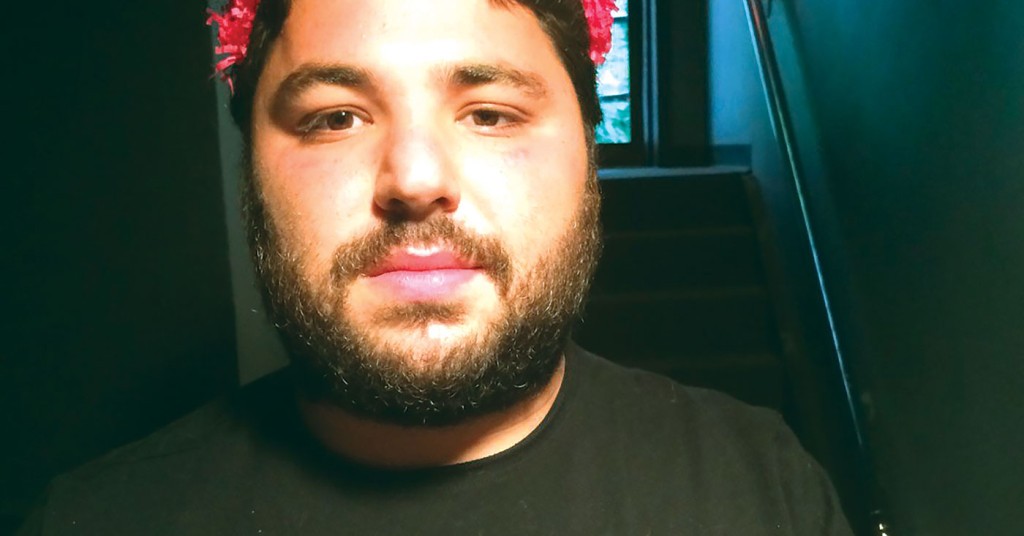 Raanan Hershberg is one of the most prolific comedians that Louisville either loves or loathes. He led the charge for local comedians to embrace the current alternative and independent comedy model. This weekend Hershberg will be performing his latest one-man show, “Self Helpless,” at The Bard’s Town. He took a few minutes to talk to LEO about the show.

LEO: This is your third one-man show. What’s “Self Helpless” about?
Raanan Hershberg: It’s about my constant inability to change. In some of my other shows I’ve had personal growth, but this is all about me not being able to grow as a person. This show actually uses repetitive ideas to create this almost “Groundhog’s Day” endless loop feel to it. I guess this show has more of a “Waiting for Godot” feel to it.

LEO: How much has this show changed since you’ve been performing it on the road?
RH: I’ve been working on a lot of it for the last year in stand-up; then I come up with a theme for the show and work a through-line of that material. And once I have the theme that connects it all, I tweak the stuff that I had written before to make it fit, and add a few things to make the show seem complete. So I don’t know how much it’s really changed, I’m sure it has but I doubt it would be very noticeable.

LEO: How is writing a one-man show different than the way you write stand-up material?
RH: I suppose individually if you take these bits out on their own and did them on stage, they would work as stand-up material, but I hope putting them together creates an overall structure. And I do sort of consider these shows to be a sort of hybrid. They’re like, “One-Man Stand-Up shows.”

LEO: The thing with those guys is that a lot of times their show sort of arcs with a dramatic crescendo that you don’t see in most stand-up shows. Are you aiming for something like that?
RH: There is an obligation in one-man shows to have an arc, some segment of personal growth, but the thing about this show is that it’s all about how I never change, ever. It’s about my inability to change and personally not really having an arc.

LEO: A lot of your humor is self-deprecating. Do you ever find yourself being self-destructive just to preserve your material?
RH: Yes, and that’s the idea of the show. I always want to change things about me, like smoking or drinking or losing weight or making money, but so much of my act depends on me being a failure in all of those categories. I don’t know that I’m self-destructive, but let’s say it like this: It’s already hard enough to lose weight, but it’s harder when you know you’re also losing half of your material.