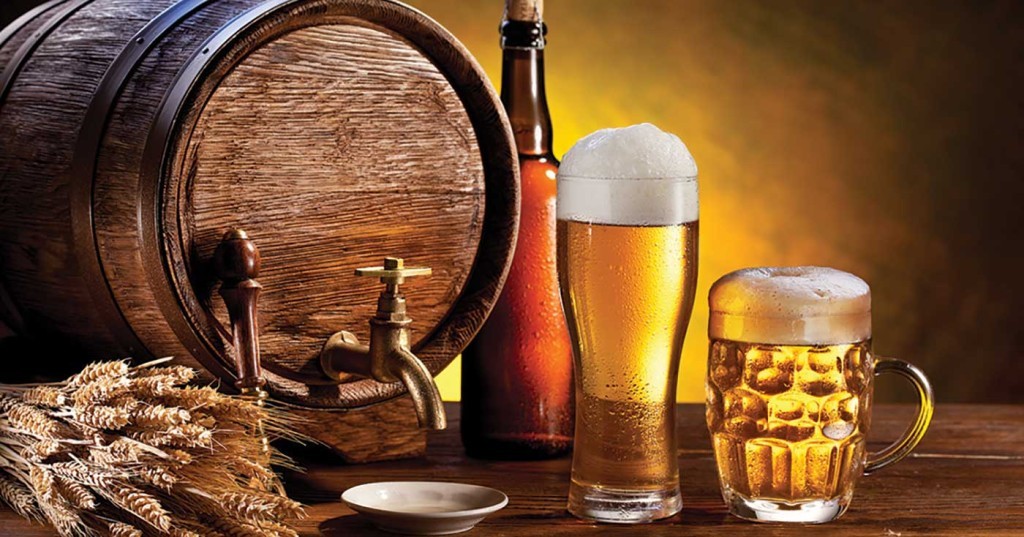 This Saturday, at the Casks for a Cause beer festival LEO is competing against nine other media teams to see who can serve up the best summer brew. You vote and decide which charity gets a cash prize. LEO’s brewing for the Kentucky Humane Society, and we need your vote to bring some cash ($1000, $750 or $500) home to our furry friends.

Experienced as a home brewer, a veteran of five or six brew sessions, I was elected the leader of Team LEO for the Goodwood Brewery Media Challenge. We intended to win, so like all responsible adults involved in a competition, we stayed up too late the night before our brewing session and got to Goodwood as close to late as is fashionable. Formerly the BBC Taproom, Goodwood appears much the same, an open studio area constructed from nice, or good, wood; it’s a very cozy bar spot.

The owners and employees made sure to get everyone nice and festive when we got there, as we chose from their numerous beers. In our group, we tried a hefeweizen, a coffee stout, an IPA and a sour beer, all of which were excellent. Not knowing what to expect, I was unclear at what level of participation we would have in the process. Would we have to make the wort, adding in the hops and malt when it reached the appropriate boil? More importantly, as team leader, would I remember the particulars about how? The good news here is that our responsibilities were light, more as curators sent to flavor the pre-made beer, a nice crisp saison in our case, than as itinerant brewers.

Goodwood is a well-put together brewery. The staff knows what they’re doing and has a passion for their beer. Brewmaster Joel Halbleib is as confident in their decision to rebrand from the BBC to Goodwood, as he in their beer. He admits, “The best brewery in Kentucky gets a new name. Being from KY and very close to THE source of all the greatest bourbons in the world, we want to own barrel aging, and wood aging. Every beer we produce will be aged in a barrel or on wood. I firmly believe we are making some of the best beer in the world.”

He continues adding of their recent makeover from BBC to Goodwood, “It was a long overdue need for us to rebrand. Being separate companies from the Brewpubs it just made too much sense not to.”

This isn’t the first time the brewery has rebranded. Hableib explains, “In 1996 Pipkin Brewing Company opened a brewery at the location. In 2001 BBC purchased the brewery. In 2004 the current group of investors purchased the brewery. We have had very minor staff changes over all of these changes in ownership. We have added staff in preparation of Goodwood hitting the market at full blast.”

That dedication to craft is apparent when you walk in. Everyone we spoke with seemed to be in a good mood, from the folks serving the collected media sorts a few decent pints or offering us some barbecue brought in for our brewing session, or the people actually facilitating the brewing experience. You could tell that the people that worked there liked it. Chad was our guy. He was the pragmatic sort with a pretty direct approach to doing business and a wry sense of humor. He gave us the lowdown on what we needed to do, but was open-minded to whatever ideas we might have. He shared some stories about working in the brewery — not, perhaps, the all-day drink off you might hope for — and the efforts they make in having a unique beer.

Having something interesting to bring to the table is paramount for a successful craft brewery, and Goodwood made it their tagline with the phrase, “Touched with Wood. Brewed with Limestone.” Halblieb clarifies, “Every beer will be touched by wood during its maturation. Kentucky is known for having fantastic Limestone filtered water. The water you drink and we brew with has seeped down in the earth and through our bedrock Limestone.”

Craft beers and breweries have a dedicated following always on the hunt for something extraordinary. Halblieb believes the craft brew explosion is relative to “consistently clean, fresh, tasty beer. There are so many large and small breweries that struggle with those qualities. We pride ourselves in producing beers that everyone can enjoy, and opening drinkers’ eyes to styles they thought they would never like.”

Halblieb feels that “Good beer = Solid beer. To me there has to be a balance between the malts and hops or whatever other herb or spice was added. There are not many single dimensional beers that I would consider great beers. A solid beer brings many individual aspects of ingredients together, balances out the best parts of each and marries them all together for a delicious complex brew.”

As the BBC, the brewery has had a number of interesting brews over the years, and expects more to come. Halblieb explains, “Our Oktoberfest is one of the recipes I worked on the longest and has experienced much success. I have also made Hefe, IPA, Barleywine, Wee Heavy, Helles, Vienna, Belgian Strong Ales, Old Ale, and many more. I am very excited at the possibilities now that we have lager yeast in house full time. I will try out some bock recipes and other lagers soon. We are starting a monthly Keller beer release at the Goodwood Taproom. This is where we will be brewing one keg of a specialty beer on our pilot brewing system per month.”

Since opening their doors, Goodwood has stayed busy, with beers on the shelves already, a deal in place to serve Mellow Mushroom pizza in their taproom, and plenty of events quietly fermenting in the background. Ultimately, Halbleib and company just want a well-crafted product. He explains, “I would like to see Goodwood grow and build a larger production brewery close to where we are now, with more space for patrons. I would like nothing more than to sell every beer we brew across our bar.”

You can find out what we have in store Saturday, June 27, at Casks for a Cause presented by Tailspin Ale Fest, Goodwood Brewing Company, and My Old Kentucky Homebrew. Open to the public of all ages, but only 21+ can participate in the sampling and voting! Live music, food truck, artisan vendors and professional brews too!