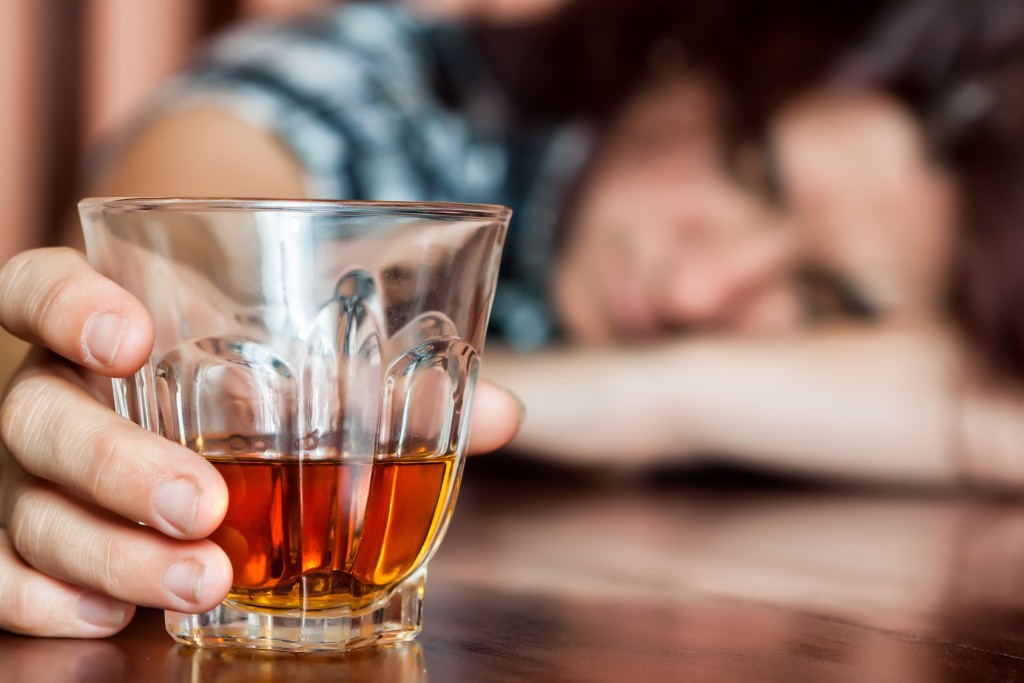 There is a term coined by a woman, a myth, a legend in Louisville. We’ll call her Fun Erin. A term she once used to describe the shaky, anxious, projectile-vomiting inhabited moments that occur when waking up after a hardcore night of boozing. Your hands are trembling, your mouth is dry, your mascara is smeared about your face and pillow, and damn it — in your drunken stupor you forgot to put the Pedialyte on the nightstand. You are so concerned about your behavior from last night that you’re on the verge of a Britney Spears circa 2007 meltdown. This, my friends, is what Fun Erin calls the “Sunday Scaries” … and I am here to welcome you to the Sunday Scaries Awards. I promise, you ARE going to make it through.

Best Food/Drink Combo: The Biscuits and Gravy with a Moscow Mule from The Silver Dollar
If your body is ready to emerge from hiding and enter into the blinding, sun-lit world out there (and you can hold down solid food), the Silver Dollar has an ooey, gooey and thirst-quenching combo that’s sure to ease your pain. Their take on the southern classic includes buttermilk biscuits, an over easy egg and either bacon or vegetarian gravy – also known as the nectar of the sopping, carb-soaked brunch gods – all washed down with their signature Moscow Mule. I’m fairly certain ginger is good for you in some capacity, so there are clearly some health benefits here.

Best Bloody Mary: Before 2 p.m. – Against the Grain, After 2 p.m. – Outlook Inn
We all know that the Outlook Inn has been the champion of the Bloody Mary in Louisville for years — after all, bartender/manager Megan claims they cure cancer, but if you’re out and about before they open at 2 p.m., Against the Grain’s “Smoked Garden Bloody Mary” will both get you a buzz and bring out the nostalgia of smokey cigars and hookers from last night.

Best Way to Immediately Blackout: PBR & a Shot of Old Granddad from Hilltop Tavern for $5
Embarrassing behavior, including but not limited to: flashing your lady bits to a small bar crowd while karaoke singing “When Doves Cry,” or sending out 12 text messages to your ex before passing out on a public toilet seat (hypothetical examples, of course) can often lead to the strong desire to want to forget everything. We’ve all been there, and the best fast track to going nighty-night is taking a Lyft to Hilltop Tavern and ordering the PBR and a shot of Old Granddad whiskey for $5. $10 later plus tip and you’re just as hammered as you were six hours before, minus the shame you’re currently feeling (until tomorrow morning, of course).  But, hey, as George Washington or someone once said, if you never stop drinking, you never get hangovers.

Best At-Home Remedy: Binge Netflix-ing and a Large Cheese Pizza from The Post
If you’re rejecting sunlight, like I often will after a night of binge drinking, the best at-home remedy is always Netflix and pizza. This compilation must be carefully crafted, though.  Choose the movie or show with great caution: it cannot be something about love or success that will make you feel worse about your current pathetic existence.  My suggestion? Orange is the New Black Season 2. They’re in prison, so you aren’t doing THAT bad.  Also, keep in mind The Post doesn’t deliver, so you’ll need a crucial friend to swing through Germantown and pick that up for you.

Most Important Attribute: The Friend Buffer
One of the best and most important components of the Sunday Scaries is a friend to hold your hand and help guide you through. This friend can be a significant other (but NOT one that’s mad at you because that won’t help and will only send your Scaries into a full-blown frenzy), a BFF, a neighbor — someone that is going to reassure you that it’s not THAT bad. “You were fine” is a crucial phrase that will be spoken after they remind you of the Backstreet Boys lip sync battle you were involved in at the Highlands Tap Room Grill. “That drink literally jumped on you,” they’ll say, when you’re looking at social media photos of yourself seemingly lactating. This friend is your buffer when reintroducing yourself into the outside world, a Sunday Scaries MVP, if you will.

Best Ways to “Sweat it Out”: Hiking, Yoga, or Sex
A hike in beautiful Cherokee Park is always refreshing (bring along some coconut water and you’ll be feeling new in no time). My favorite yoga class here in town is a Bikram Traditional session at Betsy’s Hot Yoga Louisville, and if you can make it through the whole class without dying, you’ll have sweat out all the alcohol you’ve consumed in the past six months. But, let’s be honest, the award winner for the best way to sweat it out is some good old-fashioned (or not so old-fashioned, you freaks) sexy time. So wake up your significant other, text your booty call or just go find that bum you shot-gunned beers with in front of Cahoots last night.  After all, the Sunday Scaries have taken hold, and desperate times call for desperate measures.