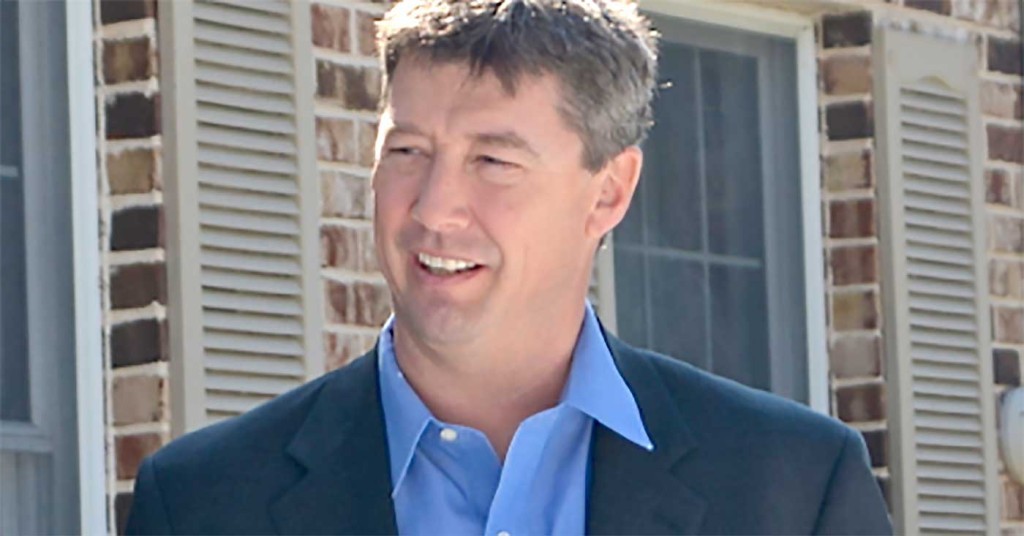 John Ziegler has a long, checkered relationship with the city of Louisville, particularly for a man who only spent just over one year in town, as a daytime talk show host on the powerful 840 WHAS am radio station. He was fired for a candid on-air comment, only to land in a bigger market, with a larger audience. When that contract was not extended, he moved on to producing political documentaries, including the most in-depth, firsthand documentary with Sarah Palin.

With a new syndication of his show coming to WHAS Louisville, Zig’s back! And this time he is his own boss and can’t be fired. So the mouth roars again.

LEO: How did this show come about? Especially with a company with which you have an interesting past?

John Ziegler: There is a white knight who wanted to come in and fund putting me back on the air in some capacity. We originally thought about actually buying a small radio station somewhere. And then we decided that this idea of doing a Sunday night show, where there’s really a dearth of content around the country, might be the most interesting element.

I’ve always loved Sunday nights because I used to actually fill in for Matt Drudge’s old Sunday night show back when it was a real powerhouse. So I’ve always felt like I would be best doing a once-a-week show because of my style. I don’t have the ability to lie or bullcrap about things that I don’t feel passionately about or are not real. So being compelling on a daily basis almost inherently means you have to be fraudulent, and once a week you can do it and actually be totally real.

Anyway, long story short, we have been syndicating the show through Envision Radio Networks, and one of the deals they were able to make — somewhat surprisingly — was WHAS Louisville, which I am really excited about for a number of reasons. And I hope that some people in Louisville still remember me. It’s been quite a while, although I still get lots of social media messages from Louisville.

I guess in a way, this is, in a much much smaller manner, this is kinda like Lebron James returning to Cleveland, if Lebron James was unemployable, non-celebrity, and not very good. That is the analogy I would make.

LEO: You had a very interesting relationship/connection with Louisville…

JZ: Yes, just barely over a year, which is amazing. I’ve lived in 12 different places, basically, in my career, and there’s no question that Louisville is the most memorable stop, the one where I have the greatest highs and the greatest lows attached to it. Louisville will always have a special place in my memory, both high and low, and sometimes the lows were actually great.

You know it’s funny how things all work out, but if I hadn’t gotten fired in Louisville, which I regret almost every day of my life the way that whole thing worked out, it’s highly unlikely that I would have my daughter today. So I always think about that as, ‘Boy, wow, life is really strange. If I hadn’t made a stupid comment about a former girlfriend on the air, I might not have a daughter today.’ So life is very strange.

LEO: That brings a totally new concept to the phrase “no regrets.”

JZ: Well, I try to live my life with no regrets. Louisville was the one time in my career where everything kinda came together, almost too well. And it’s a fascinating story. I really do believe it would make a great movie or book if I ever became famous. My Louisville story is quite extraordinary, and very different than what people perceive it to be. But I’m really looking forward to being able to be heard in Louisville again.

LEO: Would this show be a pretty good fit for the community as you remember it?

JZ: Ironically I’m probably a better fit for Louisville today than I was when I was in Louisville. I’m middle-aged now, and I’m married with a kid. That basically makes me like the rest of Louisville, at least WHAS listeners.

Content wise, it’s a fun show but it’s a very serious show. Obviously I don’t have a dating life anymore so that makes things a lot safer. And I have a cohost now, Leah Brandon, my former cohost from when I did a show in Los Angeles, who keeps me in line. Ironically, she worked her full-time job for the same company that owns WHAS.

But I really think it’s a great show. I think it’s the best content show that I’ve ever done. I told that to my wife last night, that I thought I’m way better now than when I did this full time. And she, with a very straight face asked me, “Are you sure you’re just not delusional?” So, that’s the kind of support I get from home.

LEO: I have no follow-up to that. Have personal changes or changes in the industry made you a better fit?

JZ: It’s funny; I’m toned down in some ways, but in other ways I’m completely unleashed. Because of the way that this show is put together, from a business model, I have more free speech than just about anyone on the air, other than maybe Rush Limbaugh or somebody like that. I’m the CEO of the company. I can’t get fired this time. So you’ll hear things on this show that no one else has the guts to say.

I think the industry has changed, mostly for the worse. And I think the country has changed, mostly for the worse. I think that we’re living in incredibly politically-correct times. I think that free speech is under attack. I think that the media is totally and completely broken, when it comes to giving the American people any semblance of the truth, of what’s going on — in all walks of life by the way, not just politically. I’ve lost a little bit of interest in politics actually, because I think politics is just so broken. I think your father [John Yarmuth] would probably agree with me — politics is completely broken. And the media is totally broken.

We talk a lot of Presidential politics because I think I’m really good at analyzing that, and I think on the Republican side people need some guidance as to how this game really works. But we talk about a lot of stuff that has nothing to do with politics, and it’s a take on the news of the week that you won’t hear anywhere else.

LEO: I never took it as a conservative show, but how would you categorize it?

JZ: Well politically I’m still conservative — libertarian — but I attack fellow-conservatives, commentators and politicians probably more than anybody else. I know who the frauds are. I’ve dealt with most of them. And I actually have more disdain for the frauds on the right than I do for the left. So that’s definitely a hallmark that tends to get me in trouble. I’m not particularly popular — well, I’m not particularly popular at all. I’m one of the most unpopular people in public life. I mean, nobody likes me. My wife barely tolerates me. And my daughter doesn’t know me well enough yet to dislike me, so I mean… I’ll give it to ya straight like I see the truth.

The program director at WHAS, Kelly Carls, rather infamously during my trial testified that I have a need to tell the truth that is almost pathological. I’m not sure he meant it as a compliment, but it was true.

And so I don’t protect anybody. I really don’t. I pretty much hate everybody.

LEO: What’s the future of the show or your career?

JZ: Well my career is in a bizarre place, as it usually is. I’ve never been better at what I do, and I’ve never gotten paid less for doing it. I really don’t know what the future holds because I really perceive myself as a square peg in a round-hole world, as well as a square peg in a round-hole business. So we’re basically trying to carve out our own niche. And I’m a pessimist by nature, so I don’t know whether or not it’s going to be successful. I know that we’ll do a great show every week. I know that people who listen to it, will want to hear it again. Whether that will be enough or not, I guess we’ll find out.