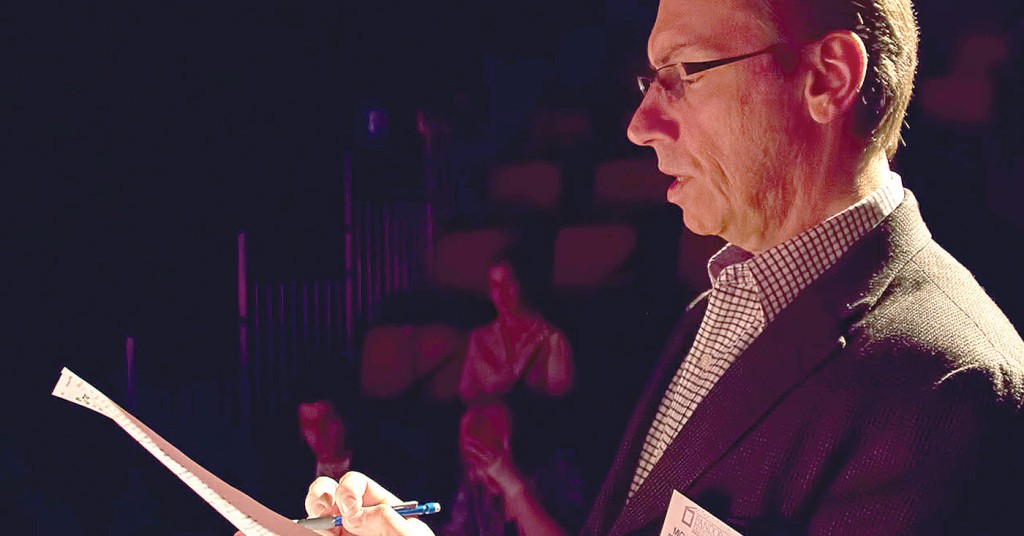 It’s a universally accepted precept that the best-laid plans often go astray.  Conversely, there’s plenty of evidence that the worst-laid plans sometimes yield brilliant results.  The history of the Pandora Productions theater company might serve as a case in point.

When the company — which is now 20 years old — was founded 20 years ago by Bo Cecil, Craig Swatt and Billy Blake Hall, their idea was to produce shows in order to finance the writing and production of a musical based on the Pandora myth.

Given the precarious nature of theater finances, it’s hardly surprising that this plan wasn’t successful (and to date, anyway, the Pandora play has never been completed).

But in 1995, the company’s first production, “Falsettos,” an innovative Tony-Award winning musical that dealt with gay themes set, did send the company down a path that over the last two decades has built Pandora into one of the driving forces in Louisville’s cultural scene.

Over the next few years, the founders continued to produce a slim schedule of plays, but by 1999, the founders were all moving on to other things.

Meanwhile, Michael Drury, a Simpsonville native who’d been smitten with theater since landing a starring role in a seventh grade production at West Middle School in Shelbyville, was looking to settle down. By that time, Drury was a journeyman actor with plenty of experience; he’d graduated from Shelby County High School (where drama teacher Jane Martin had mentored and encouraged him). He’d graduated from the theater program at Morehead State. Then, he said in a phone interview, he spent years “bumming around,” acting and looking for acting jobs, and supporting himself in the lean years with the usual assortment of short-term office and service jobs.

That “bumming around” had taken him to theaters across the Southeast and Midwest and had landed him roles with area companies including Derby Dinner Playhouse, Music Theatre Louisville and “Stephen Foster – The Musical.”

In 2000, Bo Cecil, the last man standing of the original Pandora founders, mentioned to Drury that he was ready to put the company “in a box on a shelf.”

Drury responded, “If you’ll put a price on the company, I’d like to buy it.”

But the company, said Cecil, was nothing more than a mailing list and a box of props, and a few days later he handed over the list and dropped Pandora’s box on Drury’s living room floor. And thus Drury became the company’s Producing Artistic Director.

At that point, Drury had a broad, but not yet defined, sense that he wanted to use the company to explore issues around social justice, and for the next few years that’s what he did. “I’ve always had a political bent,” he said.

Growing up gay in a rural community and in the socially conservative strictures of the Southern Baptist church, he said, have given him an urgent sense that theater could be a transformational force in the world. “My personal mission is based on the belief that the arts are transformational. You an really affect change in the world by presenting a story and really diving more deeply into things than superficial soundbites can hope to do. I think once people see a story, they have a deeper understanding of people and issues. And I’ve witnessed that over the years.”

Still, it wasn’t until 2003 that Pandora’s mission crystallized. Drury and a group of friends were gathered around a table. “The company had been putting on some productions,” he recalled. But it was a challenge getting things off the ground. We were talking, probably, drinking wine, and I was asking for advice about how to build the company.”

Then, says Drury, one of the people at the table, Melva Smithers, observed that up to that point Pandora had been almost totally focused on GLBTQ themes and posed the question: Why try to make her something other than what she wants to be, which is a gay and lesbian theater company?

For Drury it was a moment of clarity. “From that point on, I got in the way a lot — I made lots and lots of mistakes, because I was making it up as I was going along. But in spite of me, Pandora survived and grew. Once we made that decision, there really was no stopping her.”

That year’s production of “The Laramie Project” earned critical acclaim, and the following year, a production of Martin Sherman’s play “Bent,” about the Nazi persecution of gays and lesbians, earned a rave from Courier-Journal theater critic Judith Egerton, who wrote, “Pandora’s ‘Bent’ is an impressive production — the equal of the quality of work I see at Actors Theatre and other professional theater companies in larger cities. Drury warrants praise for staging a play of daring relevance and doing so in a way that imbues the audience with a nervous fear, as if we could be next on that Dachau-bound train.”

Egerton’s comment was precise and prescient: Pandora’s reputation has never rested solely on its mission; the company’s performance standards are of the highest order.

And Drury’s focus on transformation and engagement has led him more than once to program works that are controversial within the GLBTQ community – like a brilliant production of Steve Dolginoff’s musical, “Thrill Me – the Leopold and Loeb Story,” a dark exploration of power dynamics in a gay relationship that culminated in one of the most notorious murders of the 20th century.

“It’s important to me that we explore all sides of our community,” said Drury. “We’ve done plays that our core GLBTQ audiences don’t always think they want to see, and sometimes those productions strike a little close to home. And I see those transformational moments in the rehearsal hall, sometimes, as directors and actors grapple with the plays. Right now, we’re rehearsing David and Joseph Zellnik’s “Yank!” about a relationship between gay soldiers during World War II, and even though our world is changing week by week, we know that even now many of us are still struggling with the same issues that confronted people during that war.