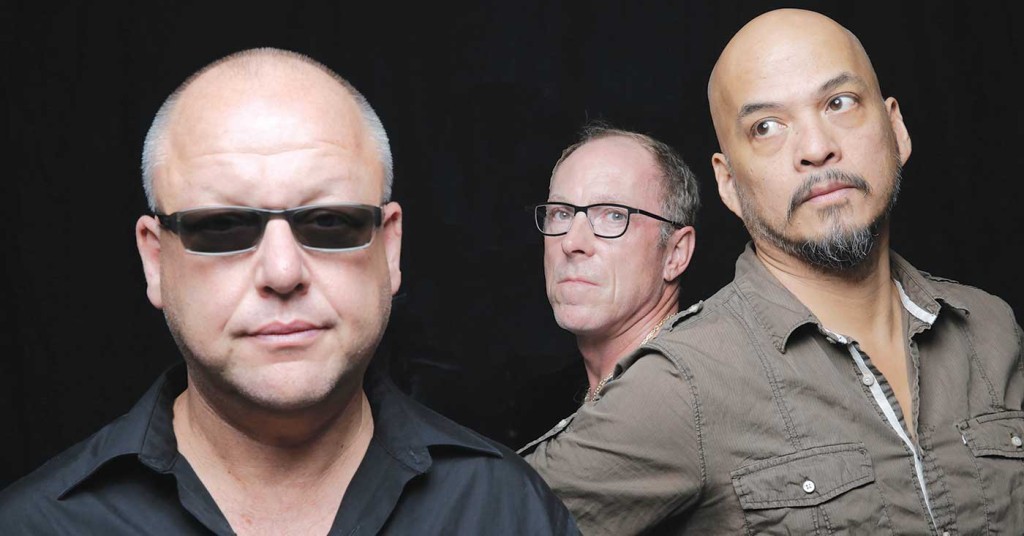 Before “the year that punk broke,” grunge, Nirvana or Radiohead, there was The Pixies. Formed in Boston in the late-’80s, The Pixies were unique in their approach and an enormous influence on so many bands that developed in their wake. From their music to their image, the band has always been no frills, and it’s become clear how much that set them apart — their music wasn’t about ripping solos or over-produced ballads, and they looked approachable, not like rock stars, but like folks you might hang out with.

For guitarist Joey Santiago, the band was always the only option.

“The moment that we knew when we were going to be more than a local act is when we started the band,” Santiago says. “We want[ed] to go places, that’s why we started the band. You want to strive for something. It was probably when we dropped out of school. No safety net. None. If you have a Plan B, you don’t have a plan at all. No one wants Plan B.”

According to Santiago, they achieved their sound — pop and punk, but not pop punk — in a very simple way.

“We’re honest to ourselves,” he says. “That’s about it. Every moment, every song is what we do; we always end up sounding like The Pixies. We can’t help it. It’s in our DNA. It’s just there, it’s magically there … well, not magically … we don’t pretend to be anyone else than what we are. Not sound, but personality. We’re not posers.”

Nothing good can last forever though, or so it would seem. Around late-1992, The Pixies went on a sabbatical that lasted until they reunited in 2003, which saw the original line-up intact until bassist/vocalist Kim Deal left again in 2013, prior to the release of their newest, “Indie Cindy.”

“At the end of the day, we just have to go about our own business,” Santiago explains. “People can’t forget that there is still the three of us. Her influence on us: big. She was a quarter of the sound. Can we replace that and be The Pixies? Absolutely. The other person that goes in there has to be honest too, to be the person that they are. It’s bound to sound like it again if they’re true to themselves.”

Santiago certainly sees “Indie Cindy” as an equally integral part of the ever-growing Pixies canon: “I think with ‘Indie Cindy,’ it fits right in. People could do an experiment, to make a playlist of all the Pixies material, including ‘Indie Cindy,’ and put it on shuffle.”

Continuing, he adds of any differences pre-and-post hiatus, “Critiquing time is silly. It’s different with technology. But critiquing the lifetime of a band pre-and-post, it doesn’t do any good. It’s just music. It shouldn’t be part of the equation. It’s like, ‘OK, it’s 2015. What the hell is this like now?’ Well, yeah, there’s a progression. There’s a growing up. And we should be growing up. And maybe we won’t. Maybe we go to the studio and we reminisce. We have our own language. We put a different accent on it, but it’s the same thing, just a different accent.”

For Santiago, music is work, but work can be a good time. He explains of his ethic that “The touring, you’re just trying to remember things, muscle memory. With recording, it’s more on the side of work. It’s called the music business. In the studio, it’s the business. When you play out it should be fun.”

As to the next generation, he offers this advice, “Play live, book shows, then make the album. A band is starting out — bash it out first, test it out, test those waters, before making that first record. You can demo it out, but it’s better to play a lot of live shows. You’ll never meet anyone sitting on the couch. Not even through iChat. You’ll never get a tune of the person just texting. You’ll never get a tune out of someone talking over the phone, but when you’re face-to-face with someone, that’s when the honesty happens. You can read their face, you can tell if they’re lying.