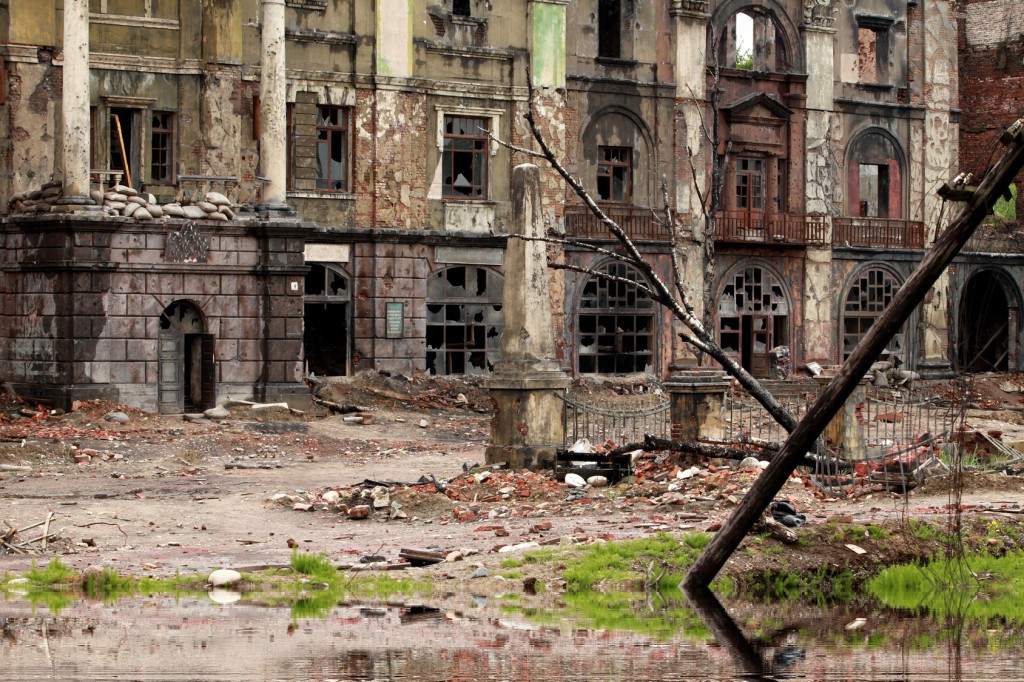 Refugees from war zones rarely escape unscathed, physically or mentally, and that’s where the Survivors of Torture Recovery Center (STRC) steps in. With a growing refugee population in Louisville, and with more expected to arrive from the conflicts in Iraq and Syria, STRC is making an effort to help those arriving with their traumatic experiences and the long-term issues they may cause. To better understand the problems facing local war refugees, we spoke with Jim Guinn, project manager, and Dr. Bibhuti Sar, principal investigator, of the Survivors of Torture Recovery Center in Louisville.

LEO: How did a torture recovery center get started in Louisville?

Dr. Bibhuti Sar: We started as a result of funding from the Office of Refugee Resettlement, United States Department of Health and Human Services specifically. It’s a three year funded project to address the mental health, medical and social needs of survivors of torture. What the federal government realizes is that with refugees coming into the United States, in this case Louisville, they’re escaping violence, torture, war and persecution. And that obviously comes with a lot of other things. As part of the resettling process it became clear that a subgroup of refugees here had been tortured. Either because of their values and beliefs, or their culture and religion, or a variety of other things that they might believe or value that was not consistent or in agreement with the people in power in their homeland. And many of them spend a lot of time in refugee camps in neighboring countries before they arrive here in the United States. Anywhere from a few months up to 10 years, and these camps aren’t always the safest places. But through the work of Catholic Charities and Kentucky Refugee Ministries, we are one of the major refugee resettlement areas in the country. And we’re fortunate in that, as a result, we are a very diverse community. There are 50 different cultural groups and a 100 different languages spoken in Louisville.

LEO: From what conflicts do you see the most refugees?

Jim Guinn: Not surprisingly, given our endless wars in Iraq and Afghanistan we have a lot of Iraqi refugees and we also have a fair number of Afghan refugees. But if you think about major conflicts over the last 20 to 30 years, we also have a fair number of Bosnians who have come to us in the last year or two. And they are dealing with trauma suffered 20 years ago in the streets of Sarajevo, things like avoiding snipers and gunfire. We also have survivors from Guatemala and Mexico; we have some refugees from parts of Africa, places like Sudan, Somalia and the Democratic Republic of the Congo. So if you look at the history of warfare and turbulence in the world over the last 20-30 years there are many hot spots and areas of conflict, and people can show up many years later still dealing with trauma.

LEO: What are some of the types of traumas that you encounter?

BS: Sometimes it’s very difficult to tease out specifically what kind of torture or trauma was inflicted on them. And we not only treat victims of torture but also victims of trauma and war crimes. A lot of the things that go on during a conflict that also result in people being traumatized. And our center primarily serves adults, but we also realize that those adults also belong to families. So their children are often also exposed to the violence or have witnessed the violence of their family members being tortured. So we see both primary survivors as well as secondary survivors. We see folks who feel hopelessly traumatized by the events they witnessed. And so they have a variety of responses to that. In mental health lingo, they are usually suffering some degree of post traumatic stress disorder. That is one of the major things that we see, along with a lot of anxiety and depression. And when people have been traumatized, a lot of things we take for granted as not bothering us, become very sensitive for them. For example, loud noises. You might be driving down the street and a car backfires. Well, for most of us, we look around and see where it came from and that’s about it. But, for some folks who have been traumatized, that sound is very much reminiscent of a car bomb or missiles being fired. So it triggers those symptoms and they start to kind of re-visit and re-visualize what they’ve gone through. And so the anxiety, the worry and the hypervigilance all manifest themselves. And people can be very much paralyzed by their emotional state and have a difficult time functioning.

LEO: Is that how you identify the refugees that need help?

BS: Often times someone at Catholic Charities or Kentucky Refugee Ministries will notice some of these physical manifestations of trauma and refer them to us. Or if they know from the stories that they have told them that they experienced some kind of major trauma. And you have some folks who have somehow managed to live with it and never really talked to anybody about it. That’s one of the things about our center — when people have gotten to know us after being here for many years, they have found a place where they can come and talk. And, for many people, they can’t really talk or address these traumas for many, many years. And it’s not that they don’t want to, but it just takes time for people to get to a point where they can actually begin to talk about these issues.