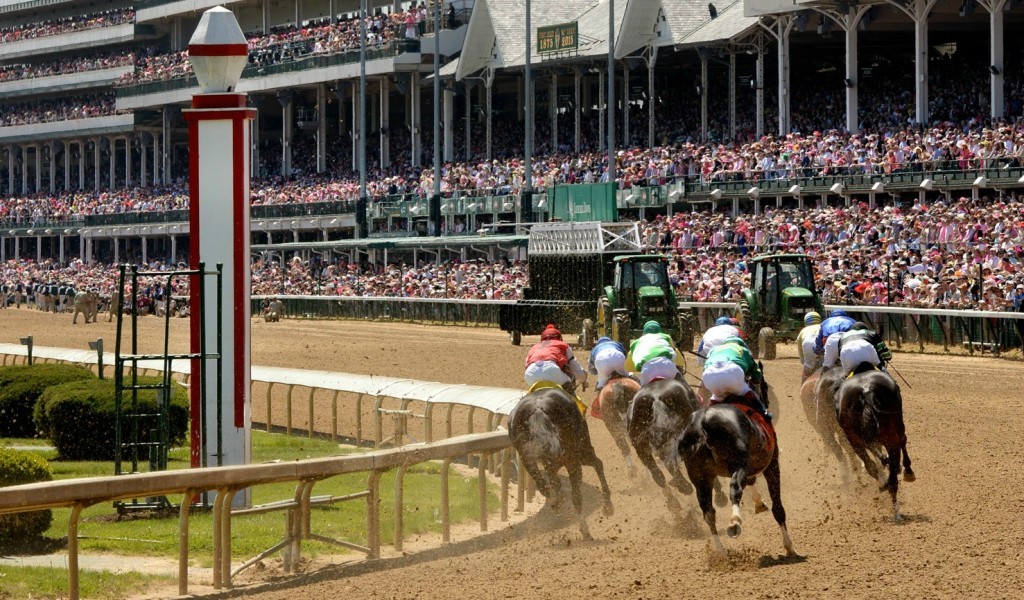 Another Kentucky Derby in the books – the 141st Run for the Roses – and one wonders where this one will stand over the long arc of Derby history. If American Pharoah goes on to sweep the Triple Crown, then this 2015 Derby would certainly take a special ranking, noted on the mint julep glass with a little crown by his name and year. But the big mahogany-red bay – ‘Pharoah’ to his friends — has already made a lasting impression: a very good horse. A sharp victory at 1 ¼ miles over 18 rivals. And he got his Kentucky Derby.

And somehow we’re thinking a Triple Crown might not be in the works. Not that American Pharoah lacks the ability, or the grit, to add a Preakness and Belmont Stakes to his Derby to become the first Triple Crown winner since 1978, when Affirmed beat Alydar, in all three legs. Boy, that seems a long time ago. Just yesterday.

But we’ll solve the Case of the Missing Crown later, when that mystery comes along. I think if it does not happen, it won’t be the Belmont’s 1 ½ miles which stymies American Pharoah, as it has so many. Rather, it might be the middle 1 3/16 miles Preakness, which has stopped so few.

The history of the thing in modern times is the Derby winner often repeats at Pimlico, then doesn’t win the Belmont.

The reason is timing. The horse has just won the Derby; he’s sharp as a tack. Two weeks later he mows them down again in the Preakness. Then come the problems of the Belmont: fatigue built up over a long spring campaign; a nagging injury flares up (as for I’ll Have Another); the New York jocks befuddle a kid jockey (Spectacular Bid), or the horse simply isn’t that brilliant. Plus fate. Some say the racing gods intervene, deciding, for example, that War Emblem’s name does not belong up there with War Admiral.

But that’s not what I think might happen. I think Pharoah’s problem is the Preakness, and his trouble might begin with the other star in his barn. That’s Dortmund, the third-place finisher in the Kentucky Derby. Those thousands of fans who liked Dortmund in the Derby weren’t wrong about their horse. Maybe just wrong about the race. A tall, thin horse, shaped up something like a sleek basketball-forward, Dortmund figures to be right back out there winging it on the lead in Baltimore on May 16 – and he will be very, very difficult to catch. With an odd pedigree in which he’s double-inbred to Northern Dancer (kind of like he’s his own cousin) the Derby distance was pretty daunting for Dortmund. Plus, he was stalked every step by fired-up Firing Line and clever rider Gary Stevens. Then came Pharoah, charging down the long Churchill Downs stretch. But speed is tougher to catch in the Preakness.

One thing interesting about this Kentucky Derby is front end speed “held.” Many of the important races Oaks and Derby Day were won by horses zipping along on the head end, and not getting caught. In the Kentucky Derby, the first three horses out of the gate and past the stands for the first time were Dortmund, Firing Line and American Pharoah, and those three stayed 1-2-3 all the way … until finally sorting it out amongst themselves in the final quarter mile. When have you ever seen that in the Derby? Carpe Diem was fourth down the backstretch, in perfect position. He’s a nice horse, but he’s by Giant’s Causeway, from the Storm Cat line, and thus faded, predictably. Materiality is a fast horse, but looked a little lost his first time on the I-5 Freeway. Awaits Saratoga. Danzig Moon ran pretty good, starting fifth and staying there. He’s off next to contest the Queen’s Plate in Canada, then maybe back at Churchill this fall.

Frosted was the one horse that didn’t get the glory he deserved. The ‘gray stray’ tried valiantly to come from behind, and almost got Dortmund for third. But a late run was not to be on this Derby Day. It hadn’t rained in Louisville for over a week. Still hasn’t. Frosted was – is – good enough, but the track bias was too tough. Look for Frosted in the Breeders Cup this fall at Keeneland.

And Pharoah? A tip of the cap to him. Gave us our fourth-straight Kentucky Derby winner picked in print in LEO Weekly. Read all about it! Pharaoh caught every eye beneath the Twin Spires. He had that trademark high-stepping stride to power to the top when jockey Victor Espinoza asked him for it. He just rolled to the lead, fanning wide on the turn for home — imperiously. Then won in a workmanlike way the final quarter mile. This is a nice horse, trained by a superior horseman, Bob Baffert. You know Pharoah missed six months between his two-year-old season and a return to the races this spring. He’s a big horse and probably is always going to have some foot or leg thing. Like a top ballplayer, playing hard at the top level.