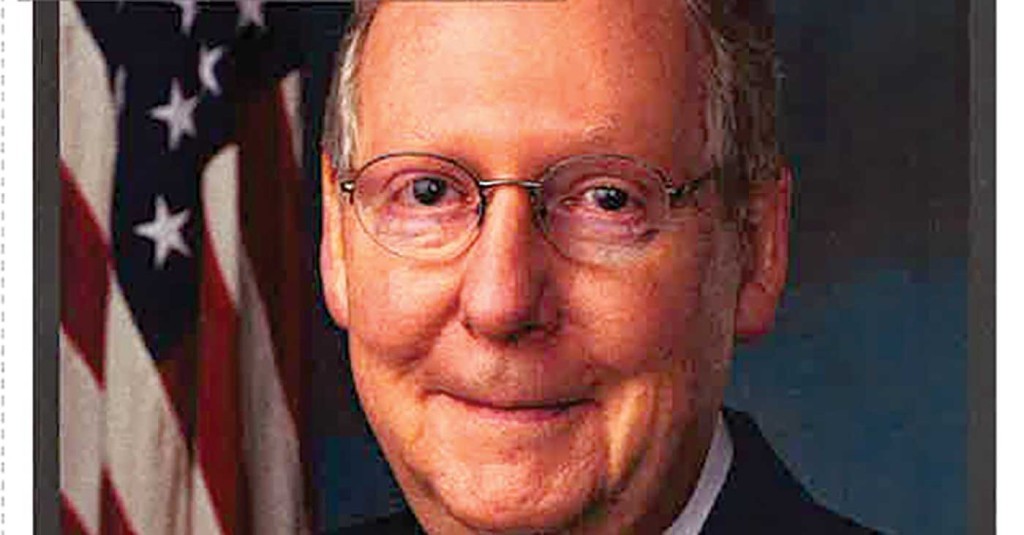 As people milled about the Louisville Slugger Museum on May 7, buying baseball bats and cards, outside on the sidewalk, members of the Sierra Club handed out a few baseball cards of their own, cards for the MVPs of pollution. And you’ll never guess who’s at the top of the list — our very own Senator Mitch McConnell.

Using the beginning of another baseball season and the Louisville Slugger Museum as their backdrop, the Sierra Club set out to raise awareness with a rally about our “polluter-backed congress” where they handed out baseball cards bearing the faces of senators who receive large amounts of financial backing from the fossil fuel industry.

As the museum staff scrambled to figure out exactly what was going on, the Sierra Club members were treated to a few honking car horns and cheers from patrons supporting their anti-McConnell posters.

“We are here to draw attention to the fact that Mitch McConnell is the MVP for pollution, coal and fossil fuel power plants,” said Thomas Pearce, Sierra Club organizer for Western Kentucky. “He votes against all environmental regulations, he wants to gut the Clean Air Act and he wants to dismantle the EPA.”

McConnell has been a vocal opponent of the new EPA regulations designed to cut carbon emissions, going so far as to write an op-ed in the Lexington Herald-Leader calling for state governors to simply ignore the new regulations.

“And the funniest part of it all is that he voted in favor of the last major amendment to the Clean Air Act in 1990 which expanded it,” said Pearce. “The only difference this time around is that Obama is proposing them.”

Pearce said that with reports from Environment America recently declaring the Ohio River the most polluted body of water in the United States (due in large part to pollutants from coal powered plants, such as mercury), regulations designed to clean up the environment should be supported, and for someone who frequently claims he is “not a scientist,” maybe McConnell should listen to one.

But he probably won’t, because McConnell’s friends in the fossil fuel industry pay him quite a lot to champion their cause. According to the Sierra Club’s ‘Scouting the 114th Congress’ report, McConnell has received $1,894,769 in sponsorships from oil and gas companies, and $1,049,349 from mining companies. The most of any senator.

“McConnell just cares about money, not the people,” said Nate Jones, an organizer with Kentucky Jobs With Justice who was holding a poster with McConnell’s ‘stats.’ “He claims to represent the working class, but he is one of the biggest enemies to working Kentuckians.”

Jones said that people don’t realize how detrimental these jobs are, not only to the environment but to everyone’s health — with 14.7 percent of Kentuckians suffering from asthma according to a 2008 CDC report, which is higher than the national average and something the Clean Air Act would help address. “He needs to help the people, and not himself,” said Jones.

In a newsletter emailed from McConnell’s office on May 4, the senator boasts about the approval of a federal grant for the Eastern Kentucky Concentrated Employment Program, which “assist[s] individuals who lost their jobs as a result of the decline in the coal industry.” However, Judy Lyons, Chair of the Cumberland Chapter, would like to see McConnell focus more on growing green energy jobs in the state and less on saving the coal industry. “We need to dismiss the coal narrative, that coal creates jobs and is good for the economy,” said Lyons. “Because the fact is that the coal industry is dying and that these are not safe jobs in the first place.”