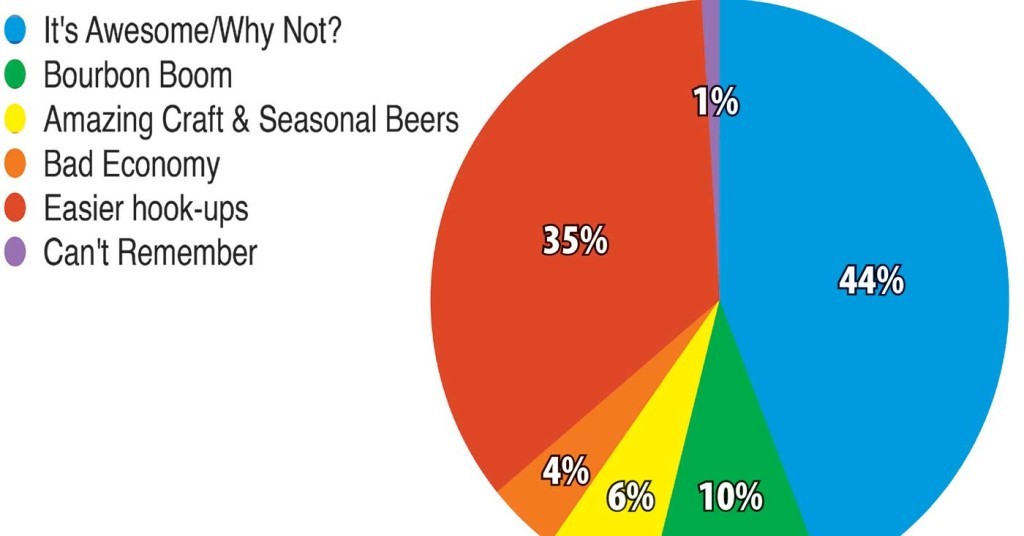 A recent survey of 100 people who are binge drinking more than they used to found that the two primary reasons for their climb in consumption are that “It’s awesome, or why not?” and that it is easier to hook up with strangers at bars.

Terri Turner, the spokeswoman for Enjoy Today — a trade association for bars and liquor stores in Kentucky — explained, “Tomorrow is no guarantee, so you should enjoy today.” She added that her organization has seen an increase in binge drinking among 21 to 28 year olds because they realize that they can bounce back from hangovers quickly, and get back after it the next night. “If you can recover by early afternoon, why not go out and get hammered every night? Plus it increases your opportunity to hook up.”

Other reasons people cited include the boom in both the bourbon and craft beer industries, with a few people acknowledging difficult economic times as the primary reason.

One person in the survey said she could not recall why she started drinking more, admitting, “I’ve been pretty blacked out for a while now.”