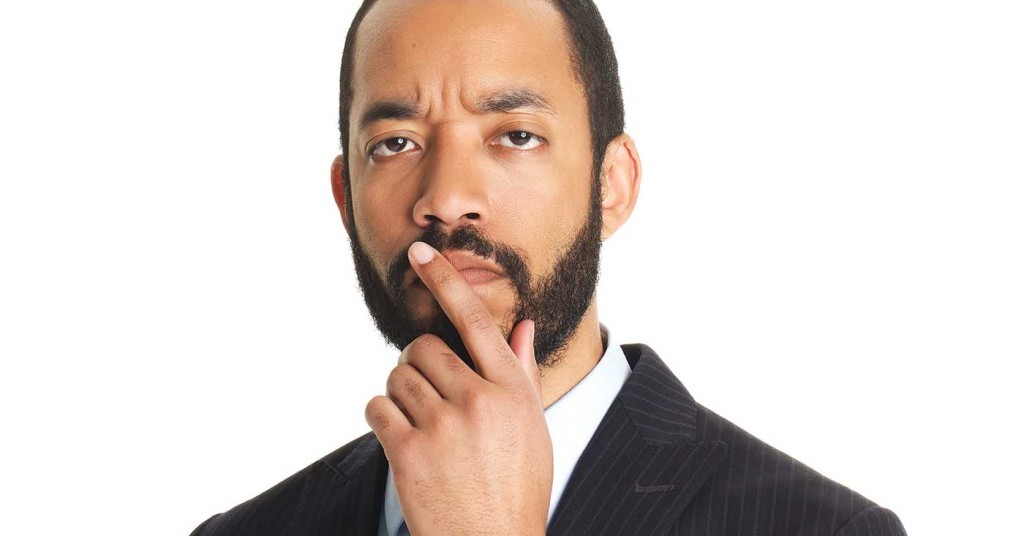 Wyatt Cenac is one of the coolest voices in modern comedy. The Brooklyn-based comic developed a voice for politics while spending four years working on “The Daily Show with Jon Stewart.” He is a thoughtful commentator on society and politics and also an unapologetic comic book nerd. Cenac took time to call in and chat with LEO before his upcoming show at Headliners.

LEO:  How do you feel about comic book movies today?
Wyatt Cenac:  I think there’s an element of superhero movies where, like with the Nolan movies, they kinda turn Batman into Ironman, giving him all of this armor and stuff. And there is a part of me that feels like, “This is not a real world.” Like, let’s not try to pretend this is “oh, kind of today.” No! Just give me the kind of stories I grew up with. It doesn’t have to be a wacky version of the comics, but give me something close and let me get part of that thing that I loved in the comic book.

LEO: Being that you do a lot of politically-informed material, would you describe yourself as a progressive?
WC: I don’t know. I sort of leave that up to other people. I don’t necessarily think of it in that way; I feel like when you start throwing out those labels, you set yourself up to start joining teams. And then it turns politics into a sport. I mean, if I do have any sort of agenda it is that everyone in this country should have healthcare, education and give women and gays equal opportunities. An ideal world is one where everyone has a certain amount of empathy and respect for one another because we’re all just living in what amounts to one giant apartment complex together … and if you’re being loud and shitty, your neighbors hear it. So maybe just be cool. I don’t know if that makes me liberal or progressive, or just a character from a “Bill & Ted” movie.

LEO: Growing up wasn’t exactly easy, for you [Cenac’s father was murdered when Cenac was four years old]. Would you describe your childhood in Texas as overall happy?
WC: I mean, there was a lot of good and some of it bad, but the moment I could get out of Texas, I got out. It’s a place that helped shape me, so I don’t run from any of that. But I don’t really go back there often, and when I do it feels very strange, my connection with it is kind of gone.

LEO: How do you write a joke?
WC: I go into one of those deprivation tanks and leave one hand out of the water. I go into this consciousness that somewhere between sleep and a hallucination — my eyes start to flutter, some people say; and then, yeah, I just start to write wildly in my trance.

LEO: How do you think Trevor Noah (the new host of The Daily Show) will do?
WC: I’m sure he’ll do well. I don’t know him super well, but I kind of know him. I think he’s a charming guy, and I think he has the benefit of going into a show with a lot of very talented and intelligent people that know how to make that machine move. •