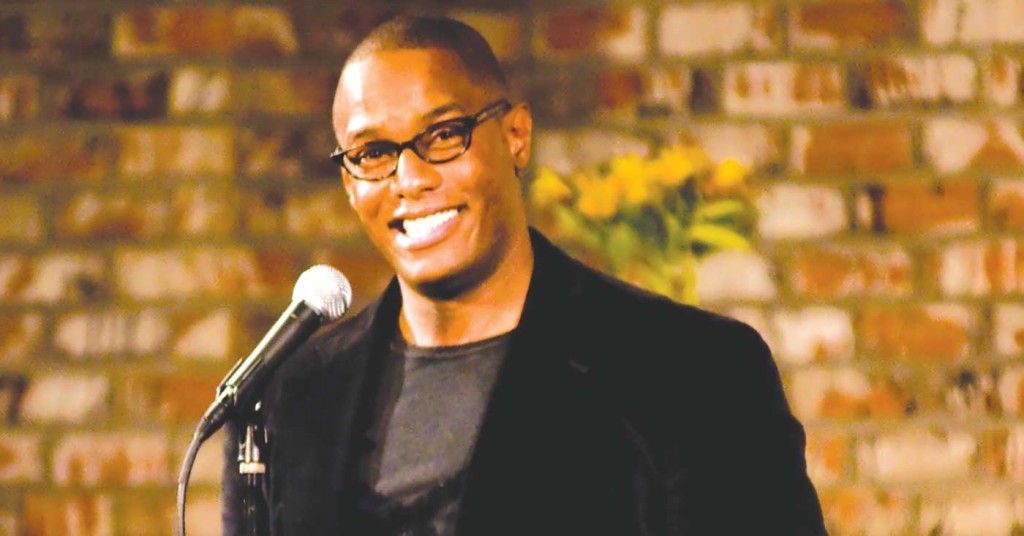 There’s something exciting about watching Vince Morris onstage. I’m not sure if it’s charm, or intelligence, or just the logical angle at which he views the world — whatever it is, it’s exhilarating. And it is that intangible quality that has directed his career to performing on B.E.T., Def Comedy Jam and The Late Late Show. Vince is going to be in Louisville this weekend, headlining at The Laughing Derby in Mid City Mall. He took a few minutes while he was traveling to call and chat with LEO.

LEO: Do you think you were you a funny kid?
Vince Morris: Yeah, I would say I was the class clown and all of that. But I wasn’t really trouble. I didn’t really give the teachers a lot of trouble or anything, I was just funny.

LEO: You’re from Columbus; is there something special about the Midwest that seems to make funny people?
VM: I don’t know. I mean there are all kinds of people there, so I think that might play into it a little bit; but people do comedy for a while and they head to the coasts, so there’s definitely something about being out there, as well. I do know that traveling as much as you can, and seeing as much as you can, will always make you a better comedian. So in that respect, there is a lot of traveling to do around there.

LEO: I feel like a lot of your jokes come from frustration with how oblivious most people seem to be.
VM: That’s definitely a facet of my material. People not understanding what goes on around them. But I also talk about being a parent and my relationships with women.

LEO: Did your perspective on comedy change at all once you had a kid?
VM: I mean it grew. I think that as a comedian you are meant to grow. Every year there should be new parts of your material because you have grown as a person and as a human being. And for me, having a kid, I definitely grew. It made me more mature, so it made my material expand and be more mature. I love being a dad; my daughter is my light.

LEO: When you write, how much material comes from personal experience?
VM: Everything comes from my life, what my friends tell me, what I read; all of it’s personal.  If a friend of mine tells me something that happened to him, that’s something personal that is happening in my life. I may not be actively participating in it, but it’s happening in and around my life, so that makes it personal to me.

LEO: What is it like to do a U.S.O. tour? Is that a hard environment to be funny in?
VM: Surprisingly it’s not. The soldiers, those men and women are so desperate to laugh at anything, they are such an amazing audience. They’re thirsty — because it isn’t a really happy place — for anything that will make them smile. I was just happy to be able to provide to them with that for what little I could do.