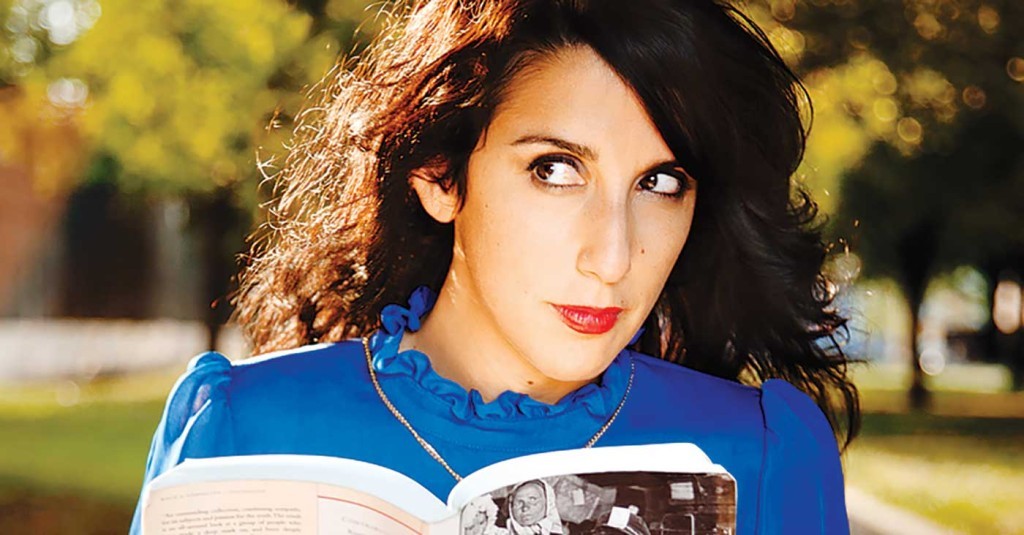 Giulia Rozzi is a quick witted Boston girl, raised by Italian Catholic parents who immigrated to the states before she was born. It’s that background that has developed her rather blunt, deeply personal and highly animated style of comedy. And for the record, for her, personal means talking a lot about her sex life. Rozzi has appeared on “Chelsea Lately,” VH1’s “The Greatest” and Comedy Central’s “This Is Not Happening.” She called to chat with LEO before her show in Louisville this week.

LEO: You were born and raised in Boston, which has a truly legendary comedy scene. Was that influence on you when you were coming up?

Giulia Rozzi: No, not really. I actually started doing stand-up until I was in college in Upstate New York and then moved directly to Los Angeles, so I didn’t really grow with the comedy community in Boston. I’ve been back a lot since I’ve moved back to the East Coast, but I’m not a Boston bred stand-up … I wish I was.

GR: In high school, the youth performing arts committee had like a talent show sort of thing in a church auditorium — I’m pretty sure I just stole jokes, wrote them down and repeated them. That was pretty much it. And then in college I did an open mic, that was my first time working a club and I loved it.

LEO: Your act involves a lot of stories. Have all of those things happened to you, or do you harvest from your friends’ personal live, as well?

LEO: Sex is a recurring theme in your act. I have to wonder how your Catholic parents react to your material?

GR: Well, luckily they don’t know how to use the Internet, and they don’t have any friends who have seen me. My mom has seen my act, and like a lot of her generation she’s like, “I can’t believe you’re saying that … (wink) (wink) (wink),” like she secretly loves it. Also, my parents are foul mouths, so I learned it from them — I was watching Benny Hill with them when I was six years old. But my dad has never been to see me do stand-up. He’s seen videos but is afraid to come because he knows it’s going to be dirty and doesn’t want to see it.

LEO: It seems like for a long time men could get away with talking about sex onstage, but women couldn’t, and that is rapidly changing. Why do you think that is?

GR:  You know, I think there’s sexism everywhere, not just in stand-up. But it does seem like the standard always was that men had free reign to talk about anything, and women don’t. I think it’s an unfortunate habit that guys do whatever, and girls get restrictions, but I never cared. It doesn’t bother me if any guy or woman is offended by something I say simply because of my gender. I’m a woman. I’m a comedian. I have a vagina. I’m going to talk about it … and that’s the end of it. •