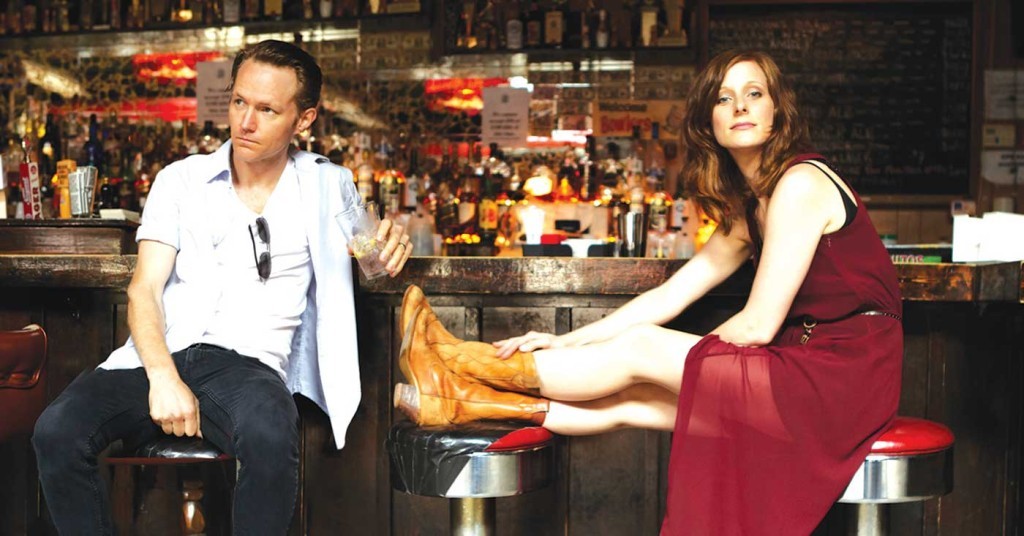 When longtime Canadian singer-songwriters Melissa McClelland and Luke Doucet put aside their respective solo careers and formed the duo Whitehorse, they made it a mission to exceed the sum of their parts. They did that by working with session musicians and layers in the studio and then translated that full sound to the stage with just the two of them, incorporating loop pedals and picking up unfamiliar instruments. LEO recently caught up with McClelland.

On forming a two-person band after their respective solo careers.

It kind of took time for it to completely melt together. But, that being said, we had worked with each other so much beforehand — playing in each other’s bands, playing on each other’s records. We both toured in Sarah McLachlan’s band. We have a lot of experience working together and making music together, so it wasn’t new to us. It felt natural. I would say the only challenge was the one that we handed to ourselves and that was putting our live show together, working with a looping pedal and playing different instruments that we weren’t used to playing — stepping outside our comfort zones and charting new territory together.

On going from the studio, where they use session players, to the stage, where it’s just the two of them.

When we begin to rehearse for a tour, we have to figure out how we are going to recreate a big sound, just the two of us. We’re like detectives in a way, trying to crack the code and figure it out. And eventually we get there and it’s really satisfying when we do, but it’s not as simple as just going to band rehearsal and running the songs a few times. We have to sit down and talk about them and how are we going to recreate the sound and how are we going to build these dynamics. It’s been really challenging, but a lot of fun for us and it keeps us engaged in the music and it keeps us on our toes. And then, when we bring it to the stage, there’s so much going on — anything can happen. We could screw up a loop and we could have to start over. And it’s really part of the show. It’s very human. We’re very vulnerable up there and that’s the part we really love and we find inspiring.

Catch Whitehorse at Zanzabar on Friday, May 29.