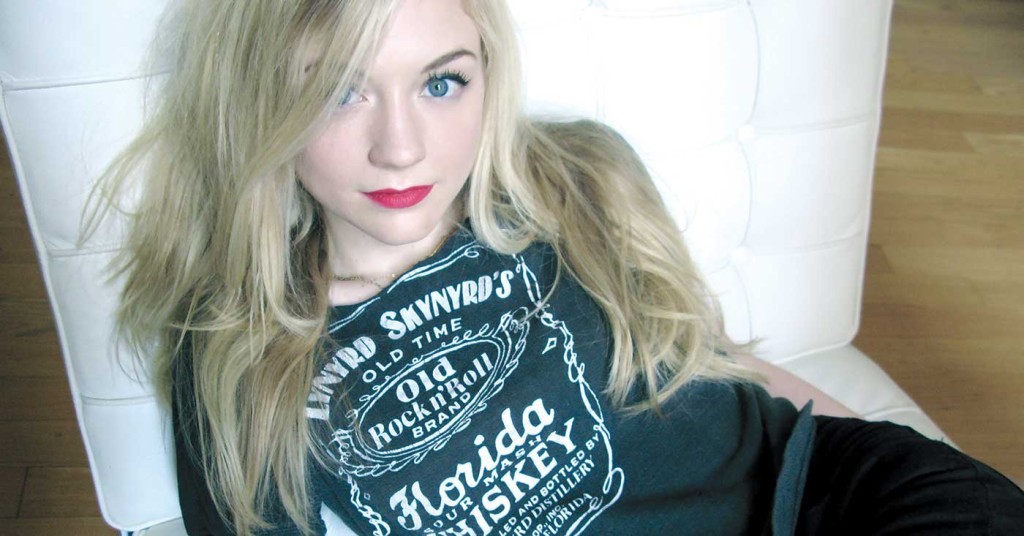 Based on the ratings and the buzz, odds are you’re one of the millions of people out there who are addicted to AMC’s “The Walking Dead.” And you’re probably still not over the mid-season finale when they so violently and unceremoniously killed off Beth Greene. It’s OK, you’re not alone, we’re all there with you … it was a dark day in all of our lives.

You may not have known that Emily Kinney is the 29-year-old actress who played Beth and you may be even less aware that she is also a professional musician, who is going to be performing in Louisville this Thursday at Zanzabar.

“It was easy for me to play a teenager,” Kinney says of Beth.  “I remember going through those struggles and some of them I still deal with — when it comes to identity or not always being sure of yourself, not always knowing what the right thing to do is. And I think what you realize as an adult is that everyone always feels like that: you always feel like a kid trying to figure out the world around you … and eventually you just get more comfortable with not knowing.”

Now that her shooting schedule is freed up, Kinney is returning her focus toward her burgeoning music career. She has previously released two EPs:  “Blue Toothbrush” and “Expired Love” in 2011 and 2013 respectively. And right now she is on the verge of releasing her debut full-length LP, “This is War,” which is slated to come out at some point this summer.

“My music is very lyric-based,” she says for those who might not know what to expect. “I use my own life for inspiration, as opposed to acting, when I’m trying on a different character and what their life is like. It’s kind of pop and folkie but doesn’t necessarily always follow a very precise form. But I always remember exactly what I was feeling when I wrote it and why I wrote it, so I think that comes out in the live performances.”