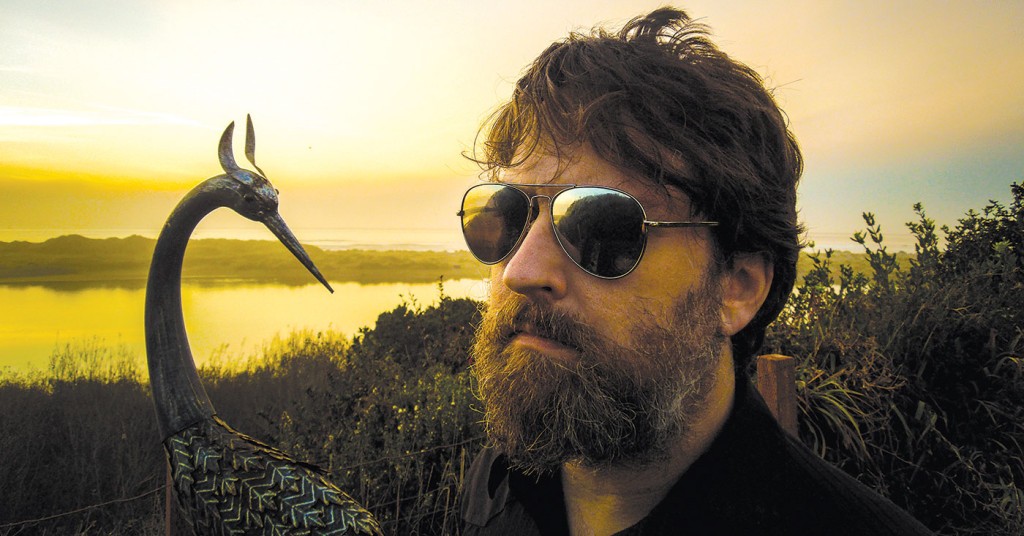 Judging Ben Chasny through the prism of his ever-mercurial guitar, shifting from slight folk movements to heavy-handed psych workouts is fruitless. And his latest album under the Six Organs of Admittance guise, “Hexadic,” doesn’t make sussing it out any easier.

“I really don’t see anything as definitive, because everything sort of just moves along with [my] flow of interest,” Chasny says about his wildly-varied catalog that stretches back to the late ’90s. “A project like Six Organs allows me to put [those] into motion, almost as a sort of praxis.”

Chasny and a small ensemble are set to explore his new compositional system — a sort of note randomizer, granting basic melodic scaffolding for the group to improvise around. The Hexadic System, while being plied within a pretty heavy rock context, Chasny said, is broadly applicable. It’s only limitation at this point is having been devised for guitar.

“All the songs existed as these acoustic demos, and it could have been an acoustic record. But I wanted, for personal reasons, to push that production,” he says about the album’s whirring mass of distortion. “I’m actually recording the record again — ‘Hexadic II’ — at home with acoustic instruments. There’ll eventually be an album using the same structures, but it’ll sound totally different.”

Transferring the squalor shooting off the record “Sphere Path Code C” — released earlier this year —and its strangled guitar noise to an acoustic setting seems almost improbable. But Chasny’s background, having recorded with scads of groups, including heavy-psych quartet Comets on Fire, folk-adjacent New Bums, as well as the quicksilver trio Rangda, almost makes it seem reasonable. And while some of those efforts come along with an all-encompassing, transcendent attitude, Chasny’s compositional device doesn’t.

“I wasn’t thinking about it in terms of, ‘This’ll change the way musicians are gonna do stuff,’” he says. “I was doing it for me.”

Six Organs of Admittance plays at Zanzabar on Friday, May 8.