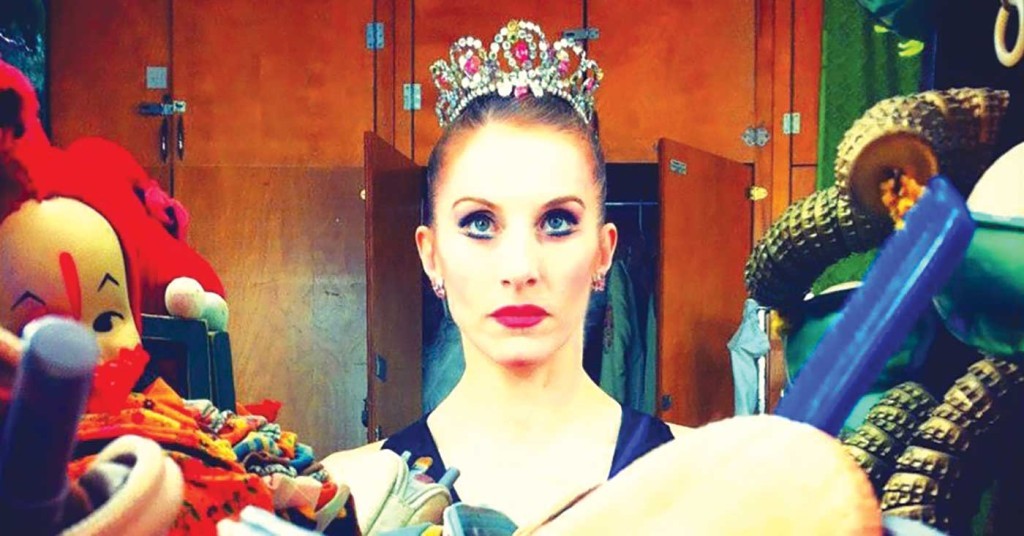 Meet WendyW, Instagram photographer. Since 2008, Wendy Whelan, the former principal dancer with the New York City Ballet, has taken viewers behind the red velvet curtain with her iPhone photographs. PUBLIC, the gallery of Louisville Visual Art (formerly the Louisville Visual Art Association), and the Kentucky Center for the Performing Arts have partnered to bring Whelan to Louisville for a dance performance on May 23 (see the staffpick in this issue) and to display her photographs in the traveling show “Vantage Point.”

Her creativity, greatly appreciated in the performing arts, extends to visual art as well. Whelan said she liked to draw as a child growing up in Louisville and has been exposed to professional photography through the work of her husband, David Michalek. He encouraged her to experiment (“I love filters,” she says), thus letting it become an “outlet for my creativity. [It lets me] possess something creative that I do.”

This is what she does on her time off. The images are seemingly spontaneous, even when posed. “I like to show the secret side of our world that people don’t usually get to see,” Whelan explains. “I fell in love with dance when I could see the inside workings of it … the backstage.  I find, being a dancer, all of the work and your creativity and your focus goes to a product that in the end disappears, and by taking a photograph, you get to keep it.”

The highlight of the show is “Shooting Stars,” featuring Whelan as the Sugar Plum Fairy. She knew that performance was “the very last ‘Nutcracker’ of my life” and that a selfie was in order. The resulting photograph has her resembling a toy in a claw arcade machine as she sits among the props. There’s a touch of humor or the unusual in most of her images.

Colleagues are fair game, such as Janie Taylor, Julie Kent and Ashley Bouder. Ballerinas are used to awkward poses, so it is second nature for Whelan to capture her fellow dancers in indirect ways. “I like to take photographs of people I know really well,” she says. “[It’s] fun to capture backstage things, … to show the secret side of our world.”

There are images of multitudes of makeup and costumes. Some of the best backstage “secrets” shown are photographs from the practice studios. The shots of the School of American Ballet students and New York City Ballet classes give just a glimpse of the concentration, flexibility and stamina needed. Yet Whelan makes a dancer’s dog the focus!

Whelan retired from the New York City Ballet in 2014 but is not ready to retire from dance. She likes a challenge; the dance program “Restless Creature,” soon to be performed at the Brown Theatre, is part of the Wendy Whelan New Works Initiative. Her curiosity, a component present in her professional life, is part of what attracts viewers to her photography. That and a peek behind the curtain.