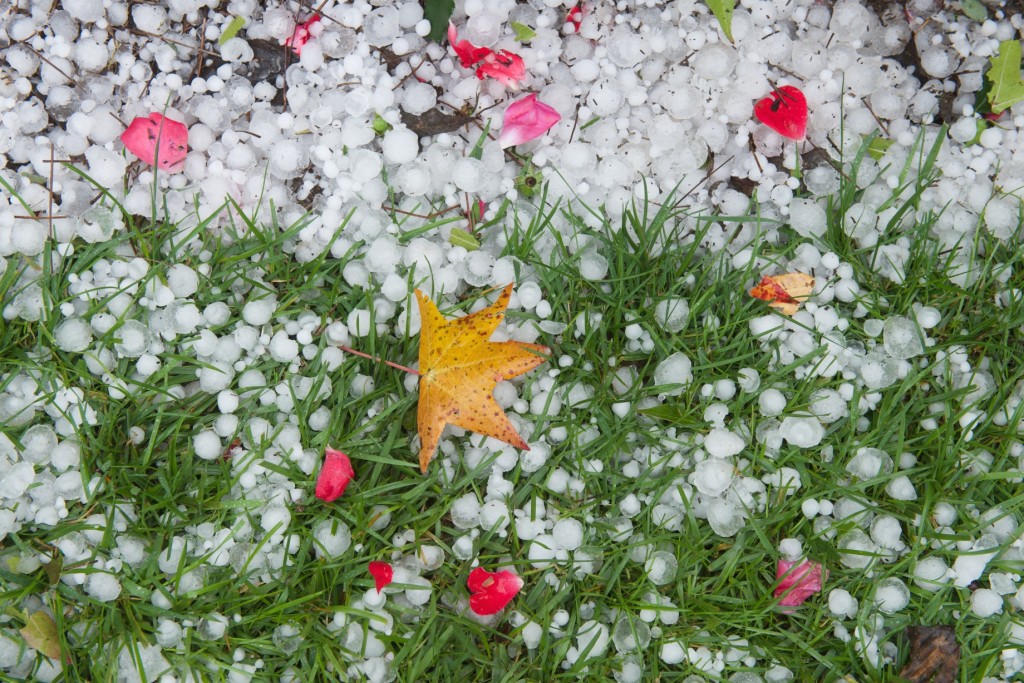 [The above image is “Hail in the Garden” by John Nation.]

There are certain artists in the Louisville area who have shaped our community. John Nation is one, largely because he was the main photographer for Louisville Magazine for most of his professional career.

LEO: You studied art in college but were not a photography major. How did you become a photographer?

John Nation: Having always felt an urge to be visually creative and taking advantage of a military deferment, I studied art and in 1974 received my degree in drawing and painting from the University of Louisville. Photography seemed too easy and less of a demand on talent and, by that reasoning, less of a requirement of one’s soul, so I rejected it. The war in Vietnam had been constant for years though, and photographs of both battle and protest were impossible to ignore. I was fortunate after graduation to go to the U.S. Naval School of Photography, where my views concerning photography changed. With my appreciation and understanding broadened, I recognized the power of photography and realized that it can be difficult, beautiful, evocative, painful and enriching.

LEO: The bulk of your career has been as a commercial photographer with your personal work on the side. Did one influence the other?

JN: I approach my photography as problem solving, a way to tell a story and get a point across regardless of whether it’s for a client or for myself, filling the frame with an awareness of what I’m seeing and trying to convey. How an image may be used, however, may influence the way I shoot. For example, if I know the work will run as a tiny image on a full page I attempt to simplify it. That means sometimes sacrificing an approach I would prefer for something that satisfies the whole. In these cases, I may shoot both ways, knowing that my preferred vision might not make the better choice for the layout. Sometimes, too, my more artistic shots have been rejected for a more straightforward version, which usually lack the nuances I feel are important.

LEO: Now you’re a full time art photographer. What are you working on?

JN: I can’t really claim to be a full time art photographer, don’t know that I’d want to or what that term may really encompass. I’ve had such a rich blend of work shooting as a photojournalist, an editorial photographer, a documentarian and a commercial photographer that I’d prefer not to be categorized as any one type. After my recent bout with throat cancer, I had a successful show at Galerie Hertz of images I created dealing with the nightmares of radiation, chemotherapy and feeding tubes. I’m not sure what’s next though; I’m currently working in tandem with Frankfort photographer Dobree Adams on a piece about Appalachia.

LEO: Artistically, what is something people do not know about you (that you want readers to know, of course)?

JN: Artistically there is nothing to know about me that probably isn’t an open book. I like the variety of work and their challenges. My lack of technological knowledge is appalling even to the degree that if one were to go to my website, they would find a page made for me years ago as a gift by my nephew, which hasn’t been updated or touched since then.

JN: The most unusual photograph I’ve taken was also the most insane location. It was early in my career and access to remotes and a lot of technology was limited, but foolhardiness and bravado were not. To illustrate naval flight training, a young pilot and I thought it would be fun to strap me standing on the wing of a T-34 so I could show him and the cockpit instruments in a wide angle view as he took off down the runway. The series was used as part of a slide show for training incoming pilots. It was exciting, stupid and unauthorized, but we got some good shots.