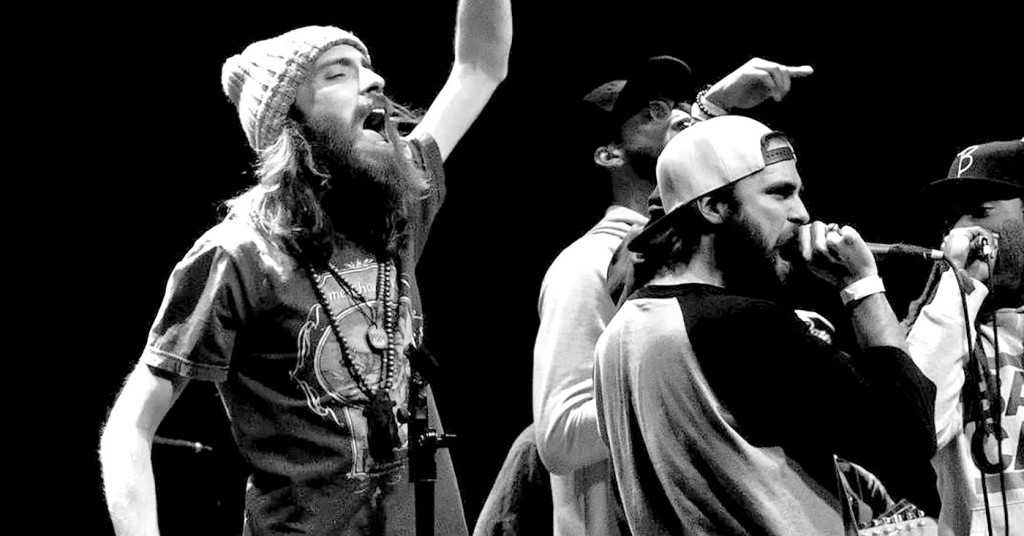 For the last several years, Louisville has been going through a hip-hop renaissance, with some incredibly strong talent dropping fantastic records. Two such talents, emcee Touch A.C. and producer Dr. Dundiff, are coming together on May 15 for the release of their new EP, “Page of Cups.” While the two have collaborated occasionally in the past, this marks their first official project together. Last year’s album from Touch A.C., “Satan’s On His Way and He Wants His Drugs,” and the recently-released “Frenemies with Benefits” by Dr. Dundiff are both quality records. And this promises to be a banner year for them both.

“I started working with Touch A.C. when I first heard him rip a beat to shreds,” says Dundiff. “I think his lyrics and wordplay compliment my music perfectly. It’s beautiful.”

That admiration is mutual to Touch A.C., who explains, “Dundiff and I met through a mutual friend and just sorta became boys over the years. We always talked about doing a project together but it seemed like we were always working on other things. We asked him to be the DJ for Skull Avalanche, which led to us hanging out more and just becoming better friends. We’d still be tossing the idea of working on art together, but more importantly we were just hanging out, forming a brotherhood. Over the past year of that, he’s landed himself a spot in my inner circle and I consider him like a brother at this point.”

As to the theme of the EP, Dr. Dundiff explains, “‘Page of Cups’ is the beauty of taking your past, both good and bad, and being at peace with it. It is the power of the imagination through the mind of a child. Relaying your experiences in the most vivid light as a purpose of expressing them and then moving on. We made this music in a very emotional time in both of our lives; it is story that makes you question yourself.”

Touch A.C. adds, “There are concepts and themes that are very prevalent in this EP and I feel like a full-length would force me to put myself into a forced state of mind when writing; whereas these songs wrote themselves and when they were done, we had an EP, and the EP says all it needs to say. There was nothing more to add. There is no filler on this EP. Every line means something to me on a personal level.”

“‘Page of Cups’ is a tarot card with a powerful meaning: a herald of good news, renewal and blessings on new creative endeavors,” says Touch. “It encourages you to be playful with your thoughts; to let loose a little bit, to not be afraid to dream. I didn’t want to come with something ultimately dark and heavy again since I just did that with the last album.”

He continues adding, “The lyrical concepts reflect the card’s concept in many ways — some that are obvious and some that are more obscure. I was in a terrible mental state for a minute. Dundiff sent some early beats over and I just went the fuck in. It was a way for me to take the parts of my life that symbolized my depression; put them on an altar, and fucking stab them. Literally to just write the pain and the sadness away.”

Regarding the unusual format for the release, Dr. Dundiff admits, “Cassette is my medium of choice. It is tangible, personal, dope and it looks just like a two-sided tarot card. Tapes are nostalgic, tangible items that everyone can remember. They are pretty inexpensive to mass-produce which means they are the cheapest medium to purchase besides digital. And most tapes come with a digital download. It’s only going to grow in popularity.”

So what’s next? Accoring to Touch A.C., “I will continue to play shows this year after Forecastle, but Dundiff leaves for L.A. in August, along with Pee String, who plays guitar in Smoke Shop Kids — and our live set-up. I will continue working with anyone in our live band that wants to play with me. I’m not sure what I’ll do about the DJ situation since Dundiff is my DJ, but I’m in talks with a few people. I’m blessed to be where I am, and I will continue to roll with that momentum.”

You can check them out at their release show this Friday at The Highlands Taproom with Lexington rappers Lo Fidel and Shiesty Khrist, and Bird Zoo emcee Kogan Dumb.