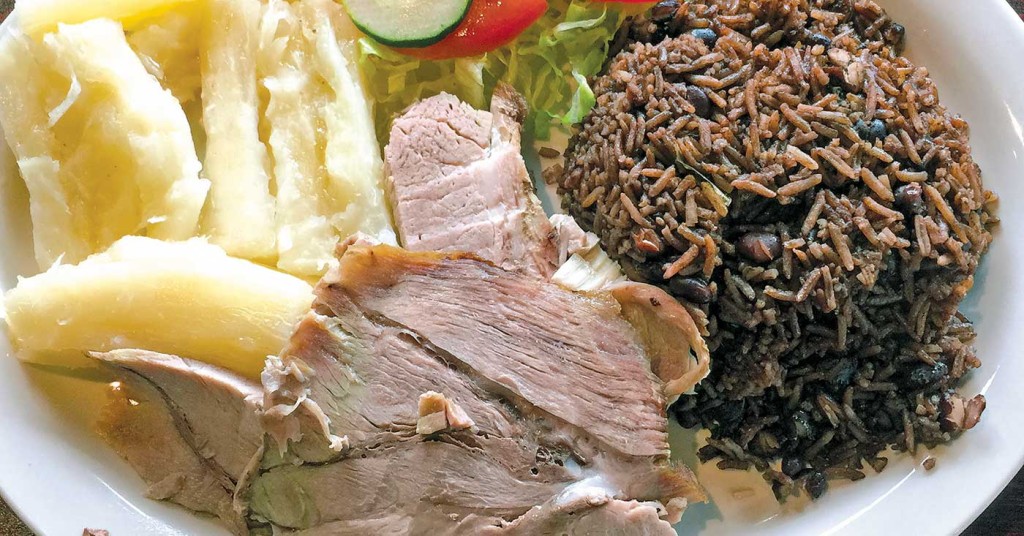 After 50 years of nutty national policy toward Cuba, our president, giving the finger to a recalcitrant congress, has shifted foreign-policy gears, reaching out to our island neighbor just south of Florida, demonstrating to our joy that Obama’s just another name for nothing left to lose.

“Neither the American, nor Cuban people are well served,” Obama said as he opened the door, “by a rigid policy that is rooted in events that took place before most of us were born.”

That makes huge sense to me. In celebration of our refreshing new take on Cuba, we decided to celebrate by enjoying a fine Cuban dinner right here in Louisville.

Havana Rumba? Well, sure, that’s the obvious choice. But wait! What’s this? A new Cuban eatery in Clifton? Although it’s the latest occupant in a sadly “haunted” location that’s spelled quick death for a half-dozen past restaurant tenants, co-owners Orlando Grimany Nuno and his son Orlando Grimany Calas and Chef Angel Rodriguez are making smart moves with their new entry, TropiCuba, which opened last month.

The Clifton storefront looks tropically fresh and bright; and they make good use of social media, feeding an active Facebook page with menu specials and commentary, and popping up frequently on the LouisvilleHotBytes forum to check local foodies’ interests with thoughtful questions about the best location and style for a new Cuban eatery.

With Rodriguez, who also owns El Sabor de Cuba on Outer Loop, bringing years of culinary experience in modern Cuba to the kitchen as chef, and the Grimanys presiding over the front of the house, TropiCuba holds great potential.

The menu features iconic Cuban dishes, from lechón asado ($13.99) to ropa vieja ($12.99), plus a few Latino delights from elsewhere in the Americas, like Bistec Uruguayo ($15.99), round steak breaded and fried in the style of country-fried steak with a south-of-the-border accent.
About 18 main courses (which come with choice of two sides and a simple salad) are subdivided into beef, seafood, pork and chicken. Dishes are generously portioned, and range in price from $12.99 (for beef ropa vieja — “old clothes” in English, which could be a hard sell) to $16.99 (for the house special, lamb fricase de carnero).

There are also appetizers, a half-dozen sandwiches — including the traditional Cubano with roast pork and ham ($8.99) and a vegetariano version for a buck less — and a trio of pasta dishes, which may sound Italian but is popular with our Latino cousins as well.

TropiCuba’s beer license came through last week, so a selection of familiar Mexican beers is now available, along with the usual domestic industrials. Wine and liquor will be licensed and on hand, the owners hope, by the time you read this.

It sounds mighty good, and HotBytes scouts have returns with glowing early reports, so Mary, our friend Anne and I headed right over the other night to celebrate our new Cuba foreign policy with real Cuban fare in a new Cuban restaurant.

We were pretty satisfied, overall, but spotted some signs that TropiCuba still has room to grow. Service was attentive but a bit forgetful, and tried a little too hard to be “friendly,” an effort that did not come across well.

A few items were impressive, but a number seemed short on flavor, and the pork in particular suffered from the apparent use of meat cooked earlier, then refrigerated overnight: well within its use-by date but taking on a “refrigerator taste” from the experience.

Cheese empanadas ($6.99 for a pair) were fine, skillfully fried crisp and grease-free. The mild white cheese within was molten and savory. It was served with a bit of lettuce and pale winter tomato, and a first-rate salsa perhaps based on tomatillos.

The house special, fricase de carnero, was a delight: A pair of sizable lamb shanks, braised on the bone in a subtle wine-and-tomato marinate, were tender and flavorful. Accompanying chunks of yuca with citrus-based mojo sauce were okay, but any tang from the citrus was missing in action. Anne wasn’t crazy about the crispy tostones (flattened, fried plantain rounds), but I, a lover of crispy fried things, thought they were just fine. A mound of finely shredded lettuce was a little too reminiscent of Taco Bell.

Lechon asado ($13.99) boasted great flavor at first bite, but that leftover “refrigerator taste” became hard to ignore. It also was cut in thin slices, not “pulled” into succulent chunks and strands, and this may have been a factor in its not taking to refrigeration well. Accompanying congris, Cuban rice with black beans, was okay but a bit dry and short on flavor.

A veggie Cubano ($7.99) was basically salad and cheese with ballpark mustard and pickle slices on Cuban bread, warmed and pressed on the grill. It’s basically a regular Cubano with the meat deleted; it would have been improved by replacing the meat with something … fried eggplant, perhaps more cheese, or even a fried egg, and we’d have gladly paid a dollar more.

TropiCuba is open for dinner daily, and lunch and dinner Friday through Sunday. Our share of dinner for two was a very reasonable $34.94, plus a $7.50 tip. •