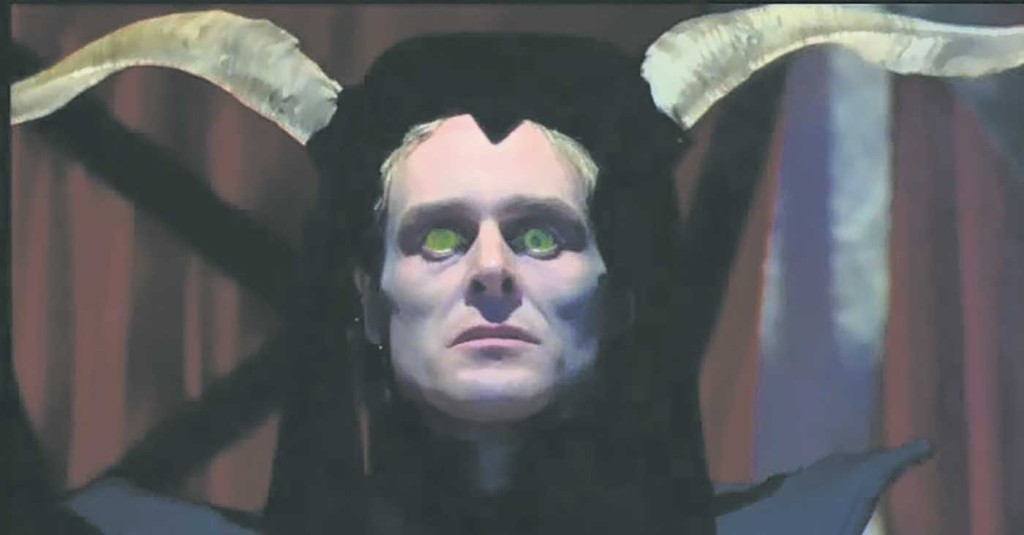 BREAKIN’ / BREAKIN’ 2: ELECTRIC BOOGALOO
1984; $15.89; PG
Break-dancing, that horrible love-child of the 80’s, spawned a rash of truly excruciating dance flicks that are best left forgotten. Except these two, which star “Solid Gold” veteran Lucinda Dickey as a “jazz dancer” who pairs with two street urchins, Adolfo “Shabba-Doo” Quinones and Michael “Boogaloo Shrimp” Chambers, to bring this new artform to the masses. Oh, and maybe find stardom. “Shrimp” later had a short-lived run on “Family Matters” as the infamous Urkelbot – and watch for ICE-T in his film debut as the club MC.

GHOULIES / GHOULIES II
1987; $15.89; PG-13
The 80’s were awash with colorful, crappy creature-features, many of them crammed with comic gore and early performances by now-respected actors. “Ghoulies” is such a classic. Created by the inimitable Charles Band as a “Gremlins” ripoff, it introduced us to Lisa ‘10,000 Days” Pelikan, Mariska “Law & Order: SVU” Hargitay, and Jack “Twin Peaks” Nance, among others. Both the original and the sequel are lively, fun and stupid, just the way we like ‘em. And watch for Michael Des Barres as behorned Malcolm Graves: He was the frontman for the 70’s band Detective, a favorite of Led Zeppelin’s Jimmy Page – even marrying Page’s ex-girlfriend Pamela! He can be seen performing as Scum Of The Earth in the first season of “WKRP In Cincinnati”, also available on DVD.

– – – – –
CAKE
2014; $19.98; R
Jennifer Aniston. What more do we need to say? (Editor: “Say 50 words or no paycheck.”) Uh, okay. Aniston proves she’s got major acting chops in this exploration of suicide, mental illness, and self-loathing. Intelligently written, masterfully directed, with the Cast Of The Gods, Zat nuff?

DEEP IN THE DARKNESS
2014; $9.98-15.98; UR
This underrated little horror deserves a bigger audience. Sean Patrick “Reaper” Thomas moves from NYC to the middle of nowhere where he discovers all manner of icky monstrosities leading humans to their bloody doom. And, despite the presence of Kristen “The Following” Bush and guest star Dean Stockwell, these inhuman nightmares are the real stars of the flim – as it should be. Takes a while to get rolling, but a good, solid B-film from people with a sick talent for giving us the willies. Nice.

EVERLY
2014; $19.98; UR
Salma Hayek takes a cue from Liam Neeson and turns herself into a superhuman vengeance machine, royally kicking the collective asses of an army of mob assassins – and all without leaving her own apartment! (And speaking of asses, we get a bare shot of hers during the opening. Nice.) Okay, so this isn’t the greatest movie we ever saw, but it is entertaining, and Hayek delivers every admittedly cringeworthy line with style and grace. We loved it.

FIRST PERIOD
2013; $19.98-24.98; UR
A no-budget drag comedy that reminds us of John Waters’ breakout hit “Hairspray.” Brendon Alexander III and Dudley Beene star as awkward high school girls who enter the school talent contest in hopes of becoming popular and attracting cute boys in this 80’s-tinged ode to teen angst. How good is it? Well, after the initial shock you’ll completely forget that you’re watching two 30-something men, and just accept them as 16-year old girls. Co-stars breathtaking Lauren Rose Lewis (“Entourage”) as their nemesis, with great cameos by Cassandra “Elvira, Mistress of the Dark” Peterson and Judy Tenuta. Too much fun.

HIT BY LIGHTNING
2014; $14.98; UR
Wonder what Jon Cryer’s been up to since “Two and A Half Men” folded? Us neither, but here he is along with vivacious Stephanie “Satisfaction” Szostak and funny Will “The Britishes” Sasso as a chain-restaurant manager who meets the seemingly perfect Szostak on a dating website. Let’s just say that things go a little too well, to the point that Cryer finds himself planning to kill a seemingly great rabbi, just to insure his continued happiness. We’ve seen worse.

TAKEN 3
2014; $22.98; PG-13
Liam Neeson phones in this latest – and God help us if it’s not the last – installment of a once-promising franchise. He has a “particular set of skills” that always seem to involve violent death and/or pain which he uses to exact revenge for the death of his ex-wife. Don’t bother.

UNLIMITED PSYCHIC SQUAD
2008; $34.98; UR
This wildly popular anime series (originally, “Absolutely Lovely Children”) has become an instant favorite around the TapeWorm hovel. In the future, people with psychic powers are everywhere, some doing good, others evil. So the government creates a special organization to monitor and, if need be, control this ever-expanding population. Three particularly powerful 10-year old girls are placed under the control of a “normal” boy, completely unprepared for their shenanigans – or the fact that they all fall in love with him! A wonderfully wicked look at male-female relationships, with brilliant humor, playful, coquettish interactions, great animation and just a hit of fan service. We freakin’ loved it!

A GIRL WALKS HOME ALONE AT NIGHT
2014; $17.98-34.98; UR
In the mood for something completely different? How about a B&W vampire love story set in a veritable ghost town of night-walking hookers, druggies, pimps and johns, double-dipped in Spaghetti-Western sauce, with music reminiscent of both Ennio Morricone and Devo? Not weird enough? Okay: It’s from Iran! A mystic graphic novel come to life from the most unlikely of places. Don’t miss it.

DEVIL SURVIVOR 2: COMPLETE COLLECTION
2015; $35.99-49.99; UR
This anime series, based on the popular Nintendo DS tactical RPG, pits children against a monstrous alien race. Completely outgunned, their only weapon is the ability to summon and command all manner of colorful hell-demons. When a pair of highschoolers are killed in a subway crash, they are given new lives and Demon Apps to take on the prophesied seven ultimate monsters bent on destroying our world (or, at least, Japan, which seems to encompass the whole world here). A nice intro to the game world for noobs, with stylish animation and an engrossing, complex plot.

LIFE INSIDE OUT
2013; $24.98; UR
Being recovering musicians ourselves (please give generously), we’re suckers for any movie about music-makers. Here former soaper Maggie Baird plays a mother with a troubled teen son (or is that redundant?), played by Finneas “Glee” O’Connell. They wind up unexpectedly at an open-mic event and find a connection in the music that had eluded them in their lives. A good, solid little drama filled with real people. Worth your time.

LITTLE ACCIDENTS
2014; $14.98; UR
Elizabeth Banks is listed as the star in this drama set in a dismal coal-mine town, but she’s largely window dressing. The real star is young Jacob “Justified” Lofland, who witnesses the death of a friend but never reveals what he knows. Josh “The Mysteries of Laura” Lucas plays the grieving father.

SUPREMACY
2014; $9.98-29.98; UR
Danny Glover does an extended cameo in this wildly ambitious film that mixes Neo-Nazis, racist assholes, and bad cops to create a steaming mess of … well, it’s not daisies. Aryan brother Joe Anderson (Phineas from “Hercules”), gets paroled, kills a cop, and breaks into a home with his girlfriend, sexy Dawn Olivieri from “House Of Lies” – all in one day! Glover, himself an ex-con, is the father of the house, with Anson Mount as the white supremacist leader who pulls all the strings from inside a jail cell.

SWEET LORRAINE
2015; $24.98; UR
Right up front: This is one holy mess of a movie, but damned entertaining nonetheless. Tatum O’Neal plays a minister’s wife intent on seeing her hubby, Steven Bauer (“Ray Donovan”), elected mayor of their NJ hometown. But the meek little spouse has a very seedy past, with lots of nasty secrets she can use to grease the wheels of his campaign in unexpected ways. Some surprising faces – including Jimmie “J.J.” Walker – pop up in this dark comedy that uses boxing as a metaphor for American politics.

THE WALKING DECEASED
2015; $13.98-20.98; R
A truly inspired horro-comedy spoof of “The Walking Dead” with Dave “A Haunted House” Sheridan as Sheriff Lincoln, who wakes up in a hospital unaware that there’s a zombie apocalypse going on. When he finally gets a clue he goes looking for family and finds. Goofy fun.