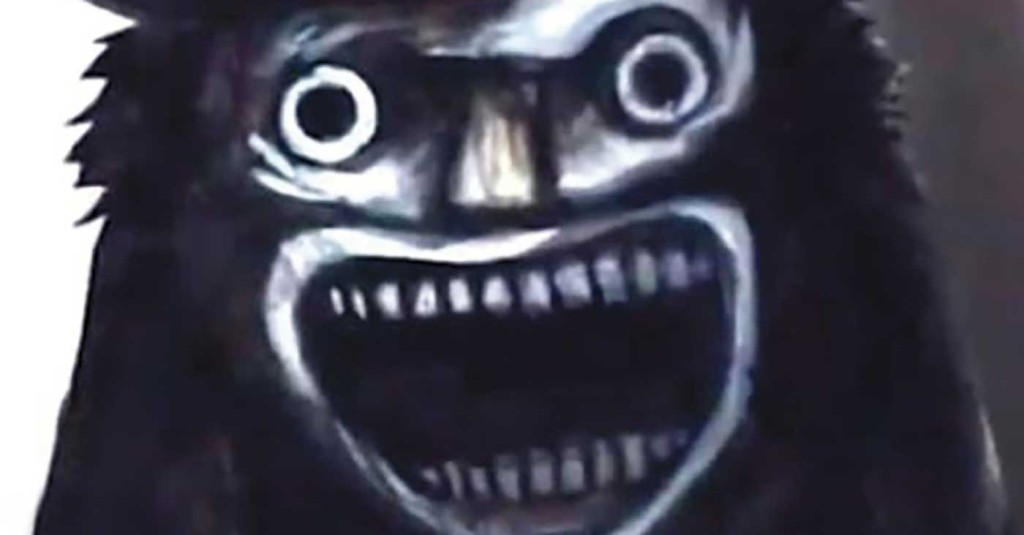 Never broadcast in America, this is the final chapter in Jerry Anderson’s amazing SuperMarionation career, and arguably his best. Set in “the future,” Joe McClaine is a bright young 9-year-old whose scientist-father invents BIG-RAT, a machine that transfers knowledge and expertise from one human mind to another. Thus, the boy becomes a super-spy with the help of special electro-eyeglasses, sending him on daring, exciting missions to save the world. Far more “British” than previous Anderson projects (like our beloved “Fireball XL-5”), it displays some of the best puppets and stagecraft the Anderson workshop ever produced. Bottom line: it’s a kid’s show that is simply too good for kids. Our highest recommendation.

This surprising and original Australian horror became an international hit, despite a seemingly hackneyed plot. After the death of her husband, beautiful Essie Davis (“Miss Fisher’s Murder Mysteries”) must deal with her troubled 6-year-old son, whose violent fear of monsters reduces them to a lonely, isolated existence. That’s when they find a book – which seems to keep getting longer – that tells of the titular monster hiding in lonely houses. Stylish, moody, creepy, snappy, funny, freaky, fast and fun, with deep metaphysical musings, terrific acting, well-drawn characters, a bit of psychedelia and clever, old music. Simply perfect, even if you don’t like fright films.

While real-world events are not director Tim Burton’s usual cup of tea, he does one helluva job in this true tale from the 1950s. That’s when Walter Keane (Christoph Waltz) made a fortune crafting and marketing “art” for the average suburban living room, usually featuring spooky big-eyed waifs. The problem was, they were nearly all created by his wife (Amy Adams) – who got neither acknowledgment nor a share in the profits of her own creations! In the hands of master madman Burton, this blooms into a comic tornado of social ills, celebrity culture, the power of marketing, the marriage-contract, the nature of art and the vagaries of “justice.” Not to be missed.

One of the richest men on the planet, Alfred “Freddy” Heineken (Sir Anthony Hopkins), was kidnapped in 1983 along with his chauffeur (David Dencik), for what was then the largest ransom ever demanded for one individual. This drama plays something like a caper film, focusing on the miscreants – a group of former childhood friends with too much time on their hands – more than Hopkins, whose work here is largely an overextended cameo. But it’s still a fun ride that sticks close to the true facts, including the amazing way that it all unraveled once the crooks got their money.

“Metal Hurlant” is French for “Screaming Metal,” the evocative name of a popular French comicbook for adults (Americanized as Heavy Metal Magazine). This series was an ambitious attempt to bring the intense, brutal creations of Hurlant to TV, using the tortured remains of a once-living planet, now insane and arcing randomly through space, as a wrapper to link tales of universal madness and suffering. They are wonderfully perverse, if uneven, with a host of nearly-unrecognizable guest stars overwhelmed by the air of savagery and dread. Needed another season to really find its legs, but you’ll enjoy these 12 grisly graphic novels come to life.

In one of the most refreshing slice-of-odd-life animes around, we meet two college students: Sorata, a shy boy who is kicked out of his dorm for harboring a stray cat, and Mashiro, an artistic girl completely incapable of taking care of herself. They both wind up in the “trouble dorm,” where Sorata “adopts” Mashiro to help her get through her day – which sometimes includes dressing and bathing. But the real fun is watching their intimacy evolve, and the way it affects not only themselves, but all the students around them. A clever and infectious change of pace, based on the 13-volume “light novel” and manga series.

THE KING OF MASKS

A very welcome re-release of this amazing and hard-to-find Chinese masterpiece. Set in 1930s China, an old street performer and master mask-maker buys a young boy on the black market in a desperate bid to have an heir to continue his centuries-old art. Then he discovers the youngster’s devastating secret. Master director Tian-Ming Wu weaves a magical tale of loneliness, tradition, suffering, grace, humor and the redeeming power of love unlike anything you’ve ever seen. Our highest recommendation.

The opening scenes of this classic 80’s dystopian drama – with metal-detectors and pat-downs at the doors of a highschool – were meant to be over-the-top expressions of the breakdown of society. It’s amazing today how prescient they turned out to be in this violent, drug-fueled punk-rock experiment that stars Perry “Melrose Place” King as the new teacher who challenges the student mafia, headed by piano-virtuoso Timothy “The Sopranos” Van Patten, with the always-welcome Roddy McDowall and Michael J. Fox along for the ride. One-shot actress Helena Quinton does a famous nude scene. Our highest recommendation, now on Blu-Ray.

“One Tree Hill”/Maxim hottie Kate French stars as a woman suffering from horrific sleep-paralysis nightmares/visions who does the only rational thing: she hides away with her boyfriend in an (say it with us) isolated desert house. Nicely creepy throughout, then the final reel goes full-bore weird and the pace becomes frenetic. Won’t change your life, but a good little spooker with an attractive cast.

“Eddie”, starring Tom Berenger, was an unexpected 1983 hit, most often remembered for being the source of “On the Dark Side” and other hits by John Cafferty and The Beaver Brown Band. It’s the story of an ambitious TV newswoman (Ellen Barkin), who hears rumors that a fabled and supposedly dead rock-and-roller (Michael Paré) may actually be alive, leading to a tale filled with mystery, love, larger-than-life characters and great music.. “Eddie Lives” was the quickie followup, spawned by the unexpected popularity of “Eddie.” It adds little to the mix, other than some more great music, also by Cafferty.

Familiar TV face Jake Hoffman has had a tough life and now wants nothing more than to hide in his shabby apartment and mix music. But brother Thomas Dekker will have none of it, helping him get a date with Nikki Reed (hey, the line forms here, buddy!), whose sweet normalcy sends him into a dark spiral of obsession and madness – it’s just a matter of time until he goes over the edge (sounds like most of our LEO coworkers). Co-stars/Cameos Scott Bakula, Jason Priestley, and Gina Rodriguez.

Arguably the most powerful and popular historical spy/crime drama series ever made in Britain, this short season (three 90-minute stories) marks a new beginning of sorts when Hilda Pierce (Ellie Haddington) is gunned down on the steps of MI-5 after the gunman tells her, “This is for Elise!”. That cryptic message sends Foyle (Michael “My Week with Marilyn” Kitchen) on a quest to uncover the mole in the Special Operations Executive branch with the help of his confidant-driver, Sam (the irrepressible Honeysuckle Weeks). This leads him to both organized crime and Nazis, to which the government turns a blind eye. Watch for guest star John Mahoney (“Frasier Crane”s dad) in the first episode.

We’d watch ethereal French pixie Audrey Tautou read the phone book. Here she in her element as a “slightly” obsessed student having an affair with a married doctor. As things move forward her obsession becomes more frantic until, about half way through the film, everything stops and we rewind, watching the same story again from the man’s point of view. From there it becomes clear that one of these two people is about two fries short of a Happy Meal. Dubbed a “romance thriller” and a “black comedy”, this defies easy categorization.

I AM STEVE MCQUEEN

McQueen, the no-nonsense and wildly independent actor who died at age 50 in 1980, left behind a breathtaking, too-short legacy, both in film and early TV – and had a profound influence on the 20th Century American psyche. This long-overdue bio-doc, narrated by Robert Downey Jr. and Kristin Kreuk, features a Who’s Who of Hollywood greats, as you’d expect; but this isn’t you’re usual, “Oh what a great actor” blah-blah; these are stories about how one man’s ethos and unwavering courage infected those around him, creating a maelstrom of social justice and humanity wherever he went. Drink it in.

A drama/biodoc on Manny Pacquiao, who literally fought his way out of a Filipino slum to become a respected Congressman and citizen of the World. Unique in the bloated-ego world of professional boxing, Pacquiao is an intelligent and surprisingly unassuming, if no-nonsense, gentleman, always ready to roll up his sleeves and help anyone who needs it – provided they are willing to stand on their own two feet afterward. We’re not much on sports-personality-flicks, particularly from the Cro-Magnum land of boxing, but this was a delight. You’ll be talking about it for days.

You’d expect this doc to be a dark treatise on our species’ impending doom due to overpopulation – except that the filmmaker here is Werner Boote of “Plastic Planet” fame, and what he finds is quite startling. Lots of great talking heads, from Nobel laureates to John Lennon to politicians to the very people you’d expect to be most devastated by a runaway population explosion, many of which are surprisingly unworried. We don’t know if we buy Boote’s conclusions, but they make great conversation starters.

VENGEANCE OF AN ASSASSIN

This martial-arter is state-of-the-art and recommendable on many levels, but it has one especially noteworthy attribute: It was late action-director Panna Rittikra’s final film. Among other things, Rittikra is acknowledged as the creator of the Thai Martial Arts movie genre, and it was he who placed Tony Jaa at its forefront in the groundbreaking “Ong Bak” series. Here we see many of his trademarks: emotionless, relentless assassins who kill without a thought, and two brothers in love with the same girl. With stories as timeless as Shakespeare, Rittikra’s talent will be sorely missed.

WORLD WAR I: THE PEOPLE’S STORY

Humans tend to define “history” as the study of past events – provided those events have something to do with humanity. This documentary miniseries (aka, “The Great War”) tells the history of WWI and its effect on the people of Great Britain through their own words, captured in letters and diaries, and voiced by a cavalcade of girted actor/re-creators.. Families are fractured or broken entirely, people are separated, hope is kept or lost, and no end is seen as the bitter years drag on. But the history is real, so each story tells far more than just who-did-what-to-whom. Americans would do well to experience more of this type of history.