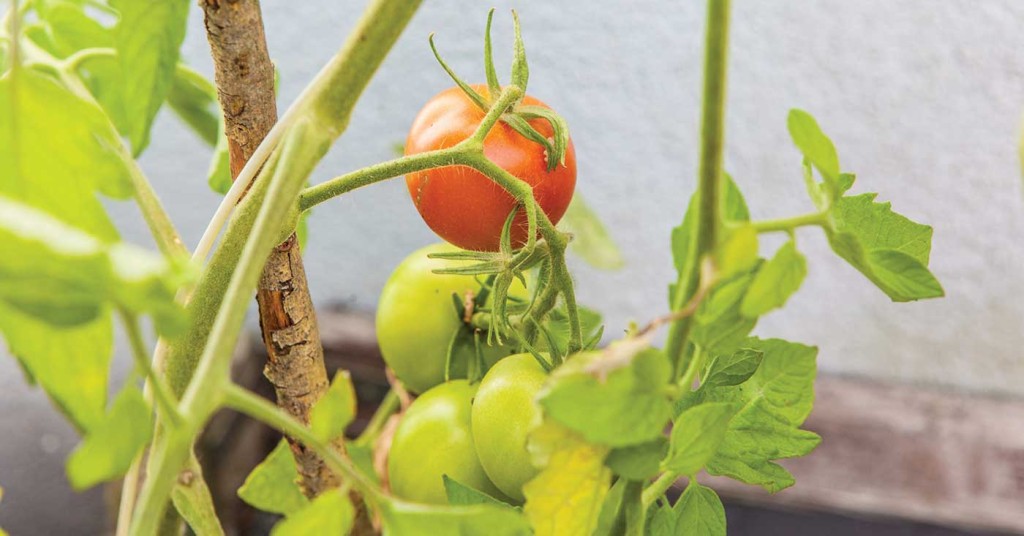 Urban farmers crave Derby season not just for the two weeks of celebrations, strengthened sense of community and the world’s most legendary horse race. For locavores eating from the yard, it’s finally time to get our hands dirty and work our juleps off in the garden.

Gardening experts advise to know your area’s last frost date. Louisville’s is April 18, but it’s not advisable to plant on the 19th. In fact, most of us wait until after Derby. The reason is a bit complicated.

The last frost date is only an average based on overall climate. That means day-to-day weather changes don’t determine the last frost date each spring. There’s a decent chance that planting on April 19 will be safe, but the odds are even — we could very well experience just one more frost before the month ends. The National Weather Service says, “It’s important to note that these statistics are for the city of Louisville. Rural areas may have significantly different statistics, even within Jefferson County.”

About half of Louisville Metro is in a hot spot. This urban heat island is an area where substantial concentrations of asphalt and concrete absorb the sun’s heat, which raises the average temperature of the area. If you live in the city, the phenomenon affects your microclimate, which can be as small as your neighborhood. A warmer microclimate means an earlier last frost date and higher hardiness zone number.

A hardiness zone refers to the average annual extreme minimum temperature for an area. While some areas are large, like across most of Kentucky, the city of Louisville has developed its own microclimate, setting itself apart with its own zone within the region. Jefferson County has two hardiness zones.

The difference can have a noticeable effect on your gardening success. I grew up in Saginaw, Michigan, about 450 miles north in hardiness zone 6a. Where I live in Louisville, I’m only a half a hardiness zone away from my hometown, where they don’t plant summer favorites until Memorial Day weekend, three weekends after Derby. The small difference between zones can be significant.

If you’ve picked up seed packets recently, you’ll notice a hardiness zone map printed on the back. These maps show the entire region, from Detroit to Nashville, in zone 6 with a frost-free date of April 1, which is not appropriate information even for the warmest areas of Louisville, let alone our chillier neighbors.

One common name brand’s website shows a large zone map indicating Louisville’s slight climate difference with a single green dot. That’s only helpful if you live inside the city limits. The same site advises that zone 7 can plant in mid-April, but zone 6 should wait until mid-May, after Derby. Our overnight lows in early May average in the 50s, but record lows have dipped into the low to mid-30s.

Ultimately, within Louisville Metro, the best time to plant the tomatoes you’re so anxious to eat could vary by as much as a month, depending on which neighborhood is home.

Research your Louisville zone with USDA’s online interactive zone guide. There, you can zoom in to specific streets showing clear zone distinctions where climate variations exist. The information will help you decide when to plant, and even what varieties of crops and perennials you can grow with success in your zone.

Louisville’s average last frost date lands right around Thunder weekend each spring, which is a bit too early for summer-loving crops in zone 6. Those in zone 7, in the urban heat island, might get a jumpstart on those tomatoes and beans, but with all the Derby season fun, who has the time to garden anyway?

At my home in zone 6b, the daffodils have stopped blooming and the mint is ready for juleps. Once the Derby winner is adorned with his blanket of roses, Louisville will have arrived to planting season with just a slight chance of frost in the suburbs and rural areas. On Sunday, my hands will be playing in the dirt.

Rachel Hurd Anger is a writer raising chickens and food in Louisville. She is a regular contributor to Urban Farm and Chickens magazines.