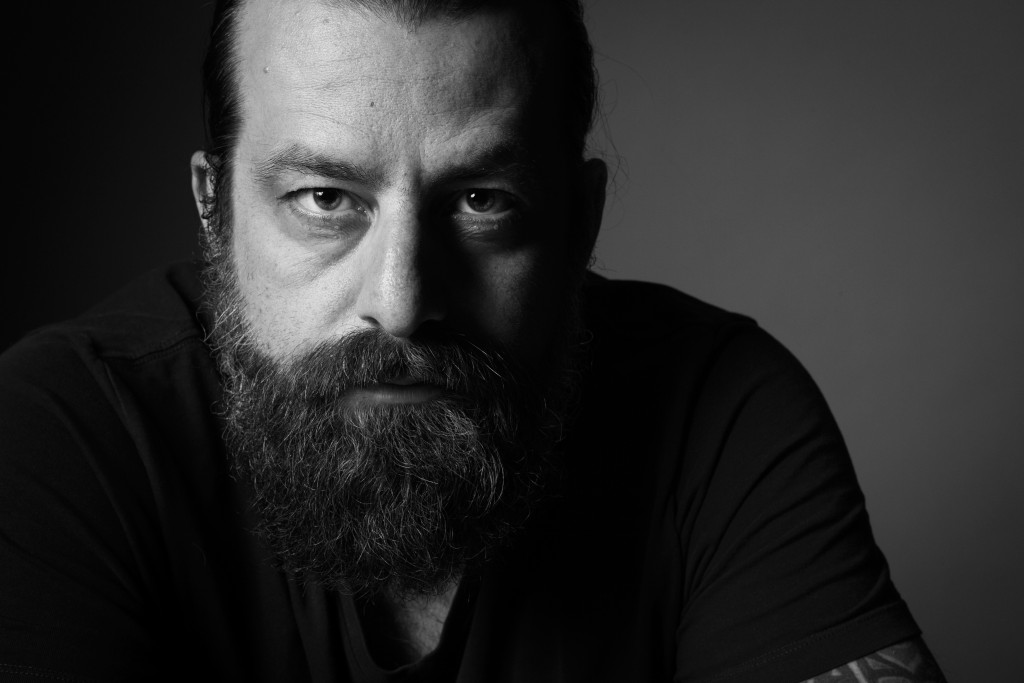 Before his show at Zanzabar on Saturday, April 25, LEO caught up with folk singer Sean Rowe to talk about touring with his family, what he’s listening to right now and his new album of covers. The video for one of those songs (“Hold On, Hold On” by Neko Case”) is premiering with this Q&A (stream at the bottom of this page).

LEO: Have you frequented Louisville since you started touring?

Sean Rowe: Yeah, I think we hit that spot a few times now. It’s been really good; I’ve had some good shows there. I’m psyched to be back again. It seems to be a good area. Louisville and Nashville have been good to me so far.

LEO: What vehicle are you touring in and do you have a band with you?

S: I tour in all kinds of vehicles — it depends. For this next run, I’ll have my family with me, so we’ll be in a bigger car than usual. I usually travel in a small car with just a tour manager. It’s just me playing, so it’s kind of a small affair as far as the traveling goes.

LEO: Who else is on the bill with you?

S: This guy Matthew Fowler is going to be opening the shows for me — really good, a lot of talent. He’s a young kid but he’s got a super amount of talent. Just a solo guy and he’s got some skills. Great guitar, great voice and really good songs.

LEO: What acts have you enjoyed touring with the most?

S: Of course, J.D. McPherson and I’ve done a couple of great tours with some really brilliant artists. One of them is this guy Shakey Graves, who I’m sure you know about, and Shakey Graves is just amazing —  his band is great and he’s a phenomenal performer. And then there’s St. Paul and The Broken Bones — just got off a tour with them in the States. I love them. Certainly I think their record’s great, but their live show is amazing and their singer Paul, he’s just phenomenal. Everybody loves him. He’s great. So yeah, those three are some of my highlights as far as touring goes.

LEO: What’s your rig set up when you play live?

S: I’ve kind of always experimented — now, I have sort of a duality with the guitar, and it’s kind of like a hybrid. I’ve installed an Epiphany bridge pickup in the sound hole but I also have the acoustic pickup inside the guitar and then I have two jacks on the guitar. So, half the sound is totally electrified, going into sometimes a Fender Princeton Reverb, or one of my favorites now is this Vox AC30. And, of course, the acoustic sound’s just raw coming from the piezo pickup. I’m pretty happy with the way it comes across.

LEO: Can you tell me more about your upcoming release of covers?

S: It’s called “Her Songs.” It’s [songs by] all-female artists. [I] kept it kind of current — all the songs were written after 2000. I wanted to give myself a little challenge by covering a female voice and that sort of already throws it out of the original context. It’s kind of a unique thing and I think people will like it — it’s just me and a guitar, but we also filmed at the same time we recorded it, so there’s a multimedia aspect to it.

LEO:  And LEO is the first to release your cover of Neko Case’s “Hold On, Hold On?”

LEO: What do you and your family listen to while on the road together?

S: My son is very non-particular — he just likes anything with a beat to it. He doesn’t care for the message. But, lately he’s been liking “Jolene” by Dolly Parton, which is a great song. I prefer the slowed down version. [Laughs].

LEO: Can you give the readers some record recommendations of albums that you’re really into lately?

S: I would say that probably a good Howlin’ Wolf compilation would be appropriate and probably Hendrix’s “Live at the Isle of White.” John Lee Hooker’s “Hooker in Heat” is another great one. I really like the new Ryan Adams self-titled record — it’s one of the best I’ve heard in a long time as for the sound of it and the way it was recorded and mixed. It’s such a great record. You can play it anywhere and it sounds amazing. Anything in the late ’60s to early ’70s coming out of Muscle Shoals. I dig that stuff. “Sticky Fingers” is probably one of my favorites, [but] there’s a few.

LEO: Have you collaborated with or produced any other artists or been featured on any other records besides your own?

S: I haven’t done a lot of that yet and I’d like to get into it, but it just hasn’t fallen into my lap yet.

LEO: What do you do in your down time?

LEO: What should I ask the next musician I interview?

S: What instrument would you like to write a song on that you can’t play?