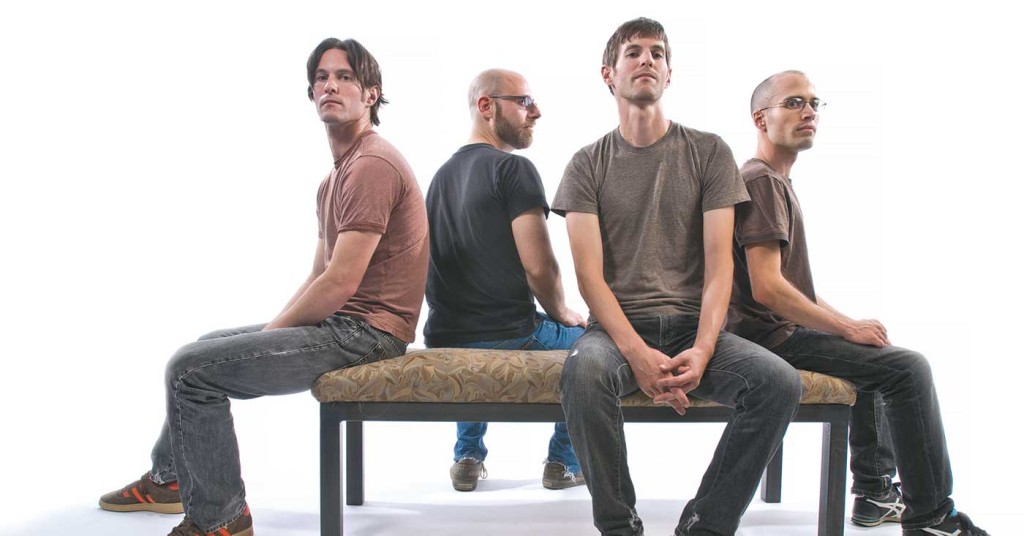 Headliners features two strong jam bands on Wednesday, April 15, Lotus and The Werks. They share some similarities in approach, while pursuing their respective muses. LEO spoke with songwriter and multi-instrumentalist Luke Miller of Lotus and e-interviewed guitarist/vocalist Chris Houser of The Werks.

Lotus was formed in 1999 and has metamorphosed from a funky, jazzy rock band to an act that incorporates synthesizers and elaborate visuals into their concerts, even as their latest album, “Gilded Age,” emphasizes a more stripped-down approach.

“We’ve always tried to add more influences, giving it greater depth; we’ve added electronic elements, and hip-hop and post-rock into the stew,” he says. “But we’ve always kept the improvisational part of Lotus as being a big part of the live show. We treat the studio and live shows differently, and we did record a lot of the new album live in the studio, trying to capture the live feel, but in a more condensed form. Most of the new songs are in our live shows, but they’re played relatively ‘as-is.’”

Like forerunners the Grateful Dead and Phish, Lotus changes its setlist nightly, with Miller in charge. He also spoke of the lightshow, noting that it “isn’t cheap and at first we couldn’t afford it. As we grew into larger venues, we’ve increased the lightshow, making it more interesting and more of our own. We like to use cutting-edge stuff, but we’ve tried to stay away from video screens and lasers. We feel that they are used more to distract from the performers, but since we’re actually musicians playing instruments instead of DJ’s, we try to have the lights enhance that instead of distracting from it.”

Lotus looks forward to returning to Headliners, saying, “We haven’t been to Louisville a ton of times, but one of our oldest fans is from the Louisville area, and there are some very dedicated fans in the area.”

The Werks came together more recently, in 2007, building a fanbase with concerts featuring a lot of jamming and a variety of original and sometimes unexpected cover material. Indeed, their two 2014 releases — “The Mr. Smalls Sessions” and a live recreation (with Dopapod and Papadosio) of “Dark Side of The Moon” — reflect this diversity.

“The biggest difference is that the studio is the most rehearsed,” Houser says. “In the live setting, we want to be loose; that’s how we approach it. We still want to be tight live — we want to make errors while playing live, because it’s the notes that you didn’t plan that take the music ‘elsewhere.’ We’ll go off on a tangent and as a listener you may get lost when we get those weird, confusing moments in our jams but we always end up bringing it back to the tune while meshing into something else. The studio portion of performing is more scientific, there are formulas involved; it’s a much more precise practice and it’s something that you get better at the more you do it – kind of like performing live!” •