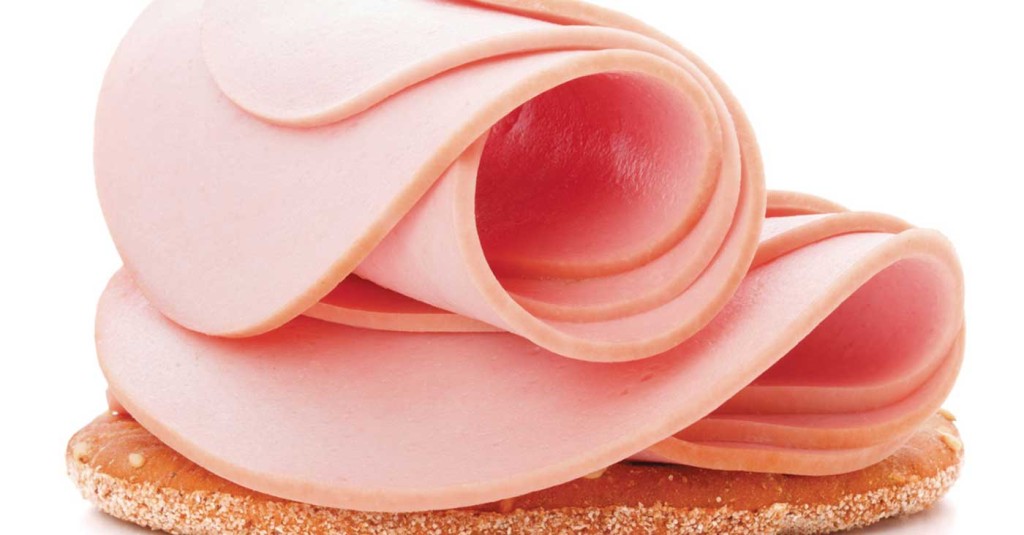 Dustin Staggers announces new  restaurant concept based on bologna
Louisville celebrity chef and restaurateur Dustin Staggers, whose concepts include Roux, Rumplings, Ten Tables and the forthcoming “America. The Diner.” — all of which have sprung up within the past year — announced this week he’ll open yet another concept this summer.

The new concept follows a trend of themes; Roux offers food that is New Orleans meets traditional southern fare, while Rumplings brings an upscale attitude to Ramen. Ten Tables is an intimate event-style concept, while America. The Diner. throws back to American traditions — fare on which Louisvillians grew up.

The new restaurant, which is set to be dubbed “Cut the Baloney,” takes the theme concept a step farther. Cut the Baloney will feature an all-bologna menu, featuring homespun takes on beef bologna, kosher bologna, garlic bologna, Lebanon bologna, New Zealand bologna (when in season) and the hard-to-acquire South African “polony” bologna.

Bologna will be available as charcuterie-style small plates; there will also be fried bologna and fried bologna sandwiches, but with no sides.
“I don’t want to take away the focus from the main dish,” Staggers said. “Potato chips really aren’t a great pairing for bologna, believe it or not. And don’t expect there to be ketchup either. We don’t put ketchup on meat here.”

The idea for Cut the Baloney came to him one day during the winter snow when the insanely busy Staggers looked around and realized he actually had 11 minutes of free time to spare.

“It was either come up with a new concept or take a nap,” he said. “Guess what won?”

Much like the soon-to-open diner concept, Cut the Baloney was inspired by nostalgia.

“When I was growing up, my mom always made me bologna sandwiches,” Staggers said. “Sometimes I would eat them without bread. Sometimes she would fry the bologna. Sometimes there was cheese. Because I never stop thinking about new restaurants I can open, I decided to open Cut the Baloney. Really, I think I’m out of ideas now.”

However, at press time, Staggers reportedly had, while trimming his toenails, come up with an idea for a crustless pizza restaurant called “Just. Toppings.” Expect it to open in the fall. •

Bobby Flay buys Salsarita’s franchise in Louisville
Whispers around town in the latter half of 2014 indicated that celebrity chef Bobby Flay was cooking up a restaurant concept to open right here in The Ville.

Well, those rumors have turned into reality — Flay announced recently that he has purchased a Salsarita’s franchise that will open this summer in Germantown. (Or maybe Schnitzelburg. No one who doesn’t live in one of those historic neighborhoods is really sure which is which.)

“It will be fast casual Mexican dining, but with a Germantown and/or Schnitzelburg flare,” the Food Network star said in a press release. “We’ll use savory, corporate-approved fillings for all tacos and burritos, and our kitchen staff, hand-picked by people hired by me, will make fresh and full-flavored batches of Salsarita’s signature salsas daily, based on tried and true corporate recipes.”

At press time, Flay had still neither denied nor confirmed whether there would be a charge to get extra cheese on your taco. •

El Nopal surpasses Yum! Brands in number of local locations
On March 19, local Mexican cantina El Nopal opened their newest restaurant near Corydon, Indiana, making it their 133rd location in Kentuckiana. “This is very exciting for our little company,” said El Nopal spokesperson Jennifer Cruz. With 51 Pizza Huts, 42 Taco Bells, and 39 KFC restaurants in the Louisville (and surrounding) areas, El Nopal has officially surpassed Yum! Brands in number of individual locations in the Kentuckiana market.
“We knew this might be achievable in 2008,” Cruz told LEO, “when we surpassed Taco Bell, who had previously been our biggest competitor in the local Mexican fast food market. Here we are, seven years later and 133 stores. It’s a wonderful day for us.”

El Nopal does not appear content with just beating out the world’s largest restaurant conglomerate in their home market. “Our next goal is to move into Jefferson County Public Schools,” Cruz says. “It’ll be more cost effective. It achieves cultural diversity goals. And we’ll have fresh chips with carafes of hot or mild salsa on every table.” Sorry kids, Cruz confirmed that $1.99 cent margarita Wednesdays would not be an option. JCPS would not comment on open contract negotiations.

Cruz also spoke as to whether El Nopal plans to usurp Yum! Brands on another front, “No, we will not be changing the name of the arena downtown,” she promises. “But El Nopal Cardinal Stadium has a nice ring to it.”•

1,000th Louisville BBQ joint opens quietly in J-town
Saying his barbecue is based on family recipes his great-grandmother passed on, local warehouse-worker-turned-barbecue-chef Wes Dillard announced the grand opening of his new restaurant Dillard-Q in Jeffersontown.

The menu at Dillard-Q will include pulled pork, brisket, ribs, roasted chicken and homestyle sides such as green beans, coleslaw, baked beans and macaroni and cheese.

“This is the stuff my family and I grew up on,” Dillard said, noting that he had dumped his entire life savings into his tiny storefront and BBQ and kitchen equipment. “Once J-town gets a taste of it, they’ll be hooked. They have to, because, well, if this doesn’t work, I’m homeless.”

Unbeknownst to Dillard as of press time, Dillard-Q will actually become the 1,000th BBQ place currently open in Louisville using family recipes that, frankly, aren’t much different from any of the others. •