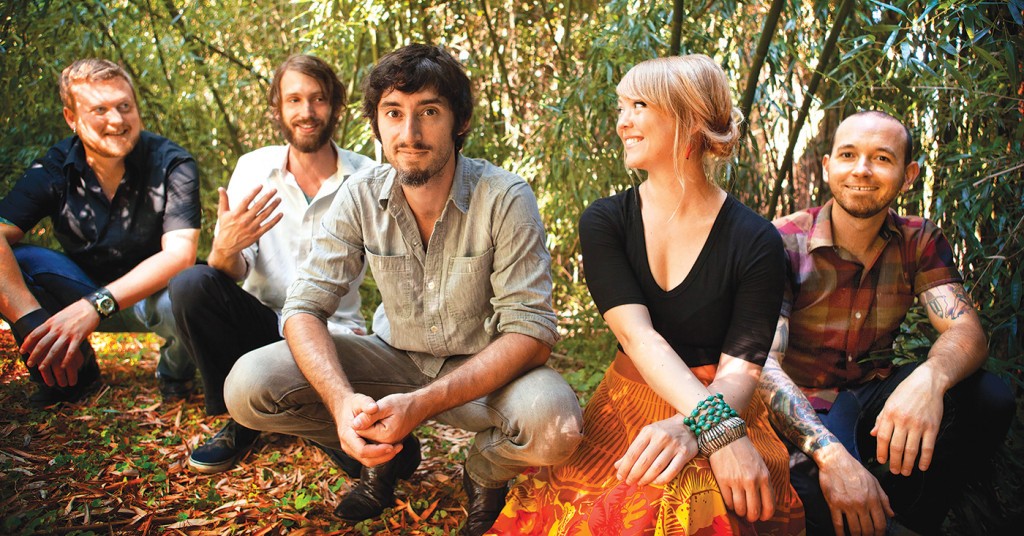 Naturally, this weekend is going to be nuts. And, as the town is flooded with people and saturated with events, it’s going to force you into making tough choices into terms of trying to fit everything into your schedule. While everything is orbiting around the Derby, there are some really good concerts not to be missed. Whether you’re visiting town or always on the front lines of the music scene, there is a lot to filter through. So, we decided to break down your best music bets by budget in town this week.

Under $5
There are some steals this weekend, but seeing Murder By Death for free (with DO502 RSVP, $5.02 without) at Headliners (Friday, May 1) is probably the best deal out there. This year, the recent Louisville transplants released their seventh studio album, “Big Dark Love,” a curveball of a record that sees them heading in a smoother, stranger direction with 70s keys and increasingly ominous vocals. Twin Limb and Morning Teleportation open.

With a Pegasus Pin, entry to all concerts at the Kentucky Derby Festival (Waterfront Park) are free. If, by chance, you’re in town early or want to get out on Wednesday, April 29, go see Genevieve — a dreamy, sharp pop singer that blends her booming, rock-influenced roots with contemporary oddball ideas in the vein of Lana Del Ray. The excellent local band The Deloreans open. On Thursday, April 30, radio-friendly singer-songwriter Vance Joy and MisterWives play.

If you are looking to get out on Thursday, but want to save some money for gambling and drinks during the weekend, stop over at Diamond Pub (Highlands) to see Cabin, Shane Dawson and more during Parade Fest 2015.

If you’re staying in the Fourth Street Live area, but are trying to get a bit off the beaten path on Saturday evening, head to Meta for The Derby City Soul Club (free) — hosted by Matt Anthony and Kim Sorise, who spin soul classics. With high-end cocktails to match.

$5-$15
Catch local favorites The Pass ($10) at Zanzabar on Thursday. Heavily influenced by the ’80s — in all the best ways possible — and twisting that in modern directions, The Pass is a fun and smart whirlwind of damn good music.

Also, on Thursday, locals Kyle James Hauser and the Zach Longoria Project will be playing over at Churchill Downs for Thurby. General Admission tickets are $15 (access to the Plaza, the Paddock area and the first floor Grandstand.)

On Friday, May 1, catch Nashville alt-country rockers Natural Child, with Faux Ferocious, Shawnthony and Calypso ($8) at Zanzabar. Other options on Friday: swinging over to The New Vintage to see the genre-jumping locals Vessel ($10); taking a trip down memory lane at The Mercury Ballroom with Led Zeppelin 2 ($12); or submerging yourself in Louisville rock n roll (and a ton of bourbon) at Haymarket Whisky Bar with Discount Guns, Graffiti, The Waves and The Deloreans ($5).

Looking for some post-Derby music on a budget on Saturday? There’s a another night of Vessel ($10) at The New Vintage or a Grateful Dead cover band, The Stolen Faces, at The Hideaway Saloon.

Over $15
Ryan Adams and Jenny Lewis, which is technically sold out and not available on Seat Geek either, but if you’re willing to scalp or meet some shady new friends on Craigslist, you probably still have a shot at getting in. And a random last minute decision would make sense for this show — on Thursday, April 30 — since Adams’ last two albums were his best back-to-back in years and Jenny Lewis seemed to catch fire with her latest, “The Voyager.”

Also on Thursday, folk-pop songwriter G. Love ($20) will be at The Mercury Ballroom.

On Saturday, if you’re looking for a party with a view, go to 8UP Elevated Drinkery to check out their rooftop bar featuring DJs JP Source and Alex Bell ($20). •