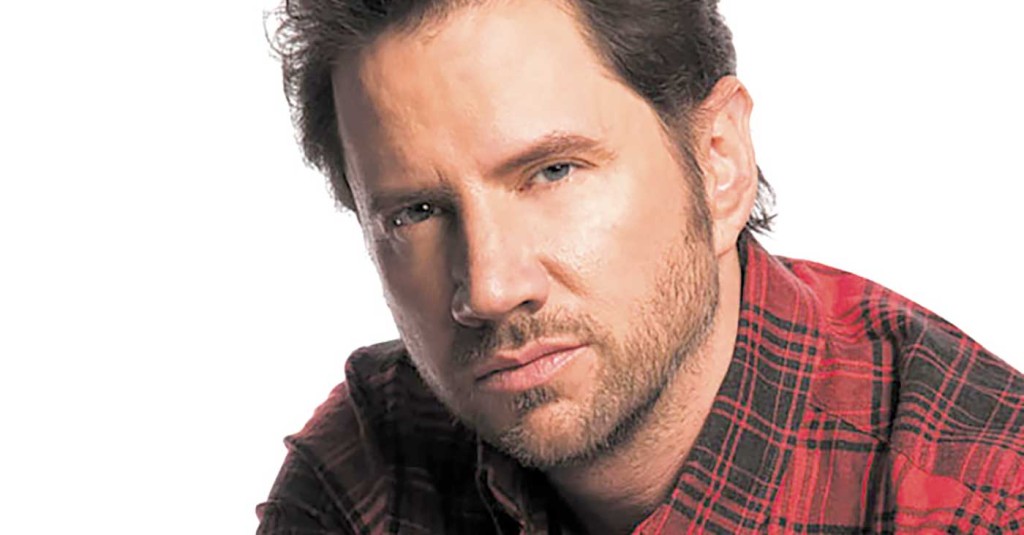 Jamie Kennedy is a very unique brand of pop culture icon. Like Anthony Michael Hall before him, he is the kind of zeitgeist figure that isn’t unilaterally maligned, and not universally loved. Kennedy is neither overrated nor underrated, he is exactly as famous as he should be, while the public remains exactly as indifferent as they should be. It’s a strange cultural phenomena that Chuck Klosterman explores in much greater depth (with no reference to Kennedy, specifically) in an article he wrote called “Give Me Centrism or Give Me Death.”

Simply put, Jamie Kennedy was in Scream. “It was a beautiful time in the movie business,” Jamie Kennedy says of Scream. “It would be hard to make Scream today, because that movie was taking a chance. We thought maybe if it did 30 million it’d be amazing and last forever as a cool movie. Did we know it was going to be a touchstone of pop-culture? No.”

Being that it is one of the most revolutionary horror films in the history of cinema, Kennedy should be famous for the rest of his life. Beyond his horror trope loving character, Randy Meeks in Scream, he has also been in dramatic classics like Boiler Room and David O. Russell’s Three Kings. But then there is a glaring conflict that exists when I am forced to acknowledge that fact he was also in Son of the Mask, Bowfinger and Malibu’s Most Wanted.

“I feel like Malibu’s Most Wanted, specifically, has this addictive quality,” Kennedy explains. “It’s on TV all of the time and some people really love that movie, they even think it only came out a couple of years ago, but it’s been over a decade. That character comes from an honest place. Growing up in Philly I always wanted to be black. I wanted to play basketball, I wanted to rap, I wanted all of the cool things associated with being a homie… but I was a white dude. I think a lot of kids today front about it, but B-Rad was the ultimate pure being – he just didn’t learn it from the streets, he learned it from BET and M and stuff. But it was kind of a comment on how people front.”

That’s a fair point, especially if you consider the fact that his show The Jamie Kennedy Experiment was pretty cutting edge, and way ahead of its time in its absurd headiness; as well as the fact that he is the voice of Federline on Family Guy spin-off, The Cleveland Show.

“Seth has it wired,” Kennedy says of Seth McFarlane, creator of Family Guy and The Cleveland Show. “Which is why I think he’s so successful. He doesn’t over-think it, he likes it to be fun, he likes it to be funny; but you go in in your pajamas, do some lines and then you bounce. And then sometimes I’ll come in and do Federline, and then they’ll hand me a script and say, ‘do this.’ And it’ll be something like… Magna Nerd, I don’t know what that means, but I’ll do it, I’ll do Magna Nerd, Random Guy No. 4, Pervert in the Crowd, Horney Old Man; ya’ know whatever they need.”

Right now Kennedy is redirecting his focus toward the stage again, and the last time he did that he released the critically acclaimed Showtime special Uncomfortable. Armed with all new material he will be coming to Louisville this week, performing at Laughing Derby for a one night engagement. And while Kennedy is more known for his movie and TV roles, stand-up is not a recent venture for him, it’s a practice he began performing on-stage when he was still just a teenager.

It is, however, a medium that Kennedy has had a long history of love and hate with, the ire of which fueled his 2007 documentary Heckler. “That’s the thing about hecklers, we don’t need them, because the thing about comedy is it sucks when you’re bombing. I used to bomb a lot, getting off-stage and hearing birds chirping… it’s not the best. Who needs a heckler to remind you of what just happened?”  And one might argue, who needs a documentary that reminds us that someone reminded you of what just happened on-stage? “Fair enough,” he chuckles. •