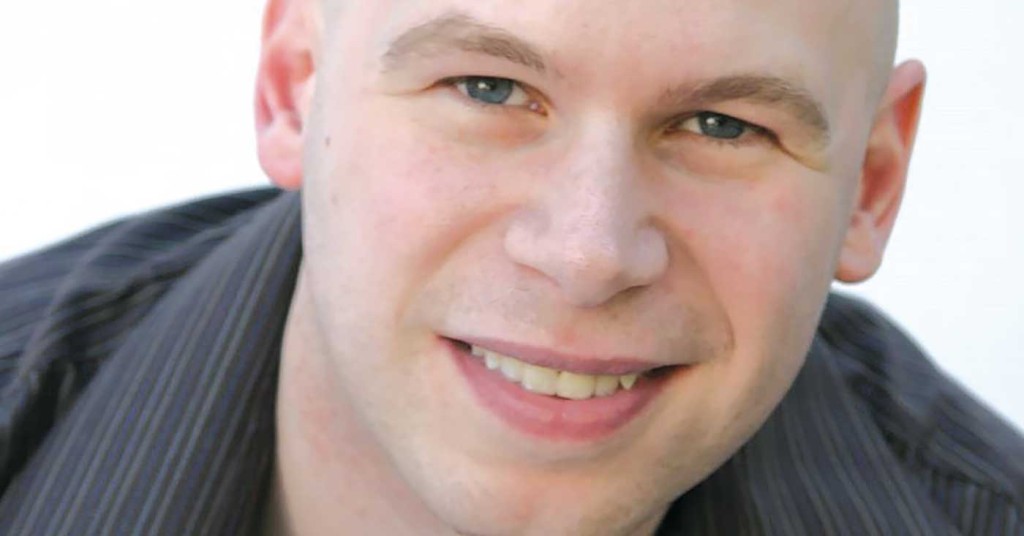 They say comedy can be hard. They say it’s one of the most difficult performing arts to master. But watching someone like John Roy, who is equally himself and truly hilarious with so little effort, you can’t help but think: “Maybe comedy isn’t that hard.” Don’t let guys like Roy fool you – it is a brutal, unforgiving art that requires everything you have and then keeps on taking. But it’s that level of sacrifice that has made John Roy one of the most exciting voices in comedy today. A comedy voice solidified by lessons learned from years of hard time on the road, lessons that Roy instead of hoarding, generously funneled into free online comedy classes on his website. “People pay all this money to learn how to be a comic, which I think is stupid,” Roy tells me. “You don’t even know if it’s for you or if you’re going to like doing it, so I put out there what I’ve learned for free.”

He rose through the ranks of the immutable comedy scene in late ’90s Chicago before moving to Los Angeles, where he quickly distinguished himself as one of the smartest comics in town. He’ll be at The Laughing Derby this weekend.

John Roy: Anything I think of that’s funny, I write down … like right then. Every week or so I go through my notebook, and then I just look through all of those little things and think: “Is there anything in here?” If I find something, then I start thinking like, “If you were a stranger, what would I have to tell you to make you laugh at this?” And then you have to go out there and tell it, because even if you think it’s funny, you won’t know until there’s an audience staring back at you waiting to hear something funny.

LEO: When do you know a joke is ready to go onstage?

JR: I feel like it’s ready to take to the stage when I have at least one good punchline in there. If there’s one thing I’m leading up to, then I can play around and riff on all of the other stuff – but as long as I have one good punchline that I know will be a funny enough pay off for the audience, then I’ll take it to the stage and work out the rest.

LEO: Who are the comedians that inspired you to want to do comedy?

JR: When I was very young, 13 or 14, I heard George Carlin and Richard Pryor. But the first comedy album I ever got, I was nine years old, my Aunt Margret gave me Billy Crystal’s “Mahvelous!” for my birthday. I didn’t understand that the people on “Saturday Night Live” didn’t just do that. Ya’ know? There was a way to get extra Billy Crystal stuff … and it was on an album.

LEO: Your Podcast “Don’t Ever Change” is amazing. Where did that show come from?

JR: I interview stand-up comedians about what they were like in high school. Were they thinking about doing comedy? Was high school hard for them? Did they learn to be funny because of that? Where did it all start? I feel like there are all kinds of podcasts, Marc Maron’s ‘WTF?’ being the foremost, where you can learn how a comedian started in comedy. But most people haven’t done stand-up comedy, but everyone went to high school. Comedians are really good observers of the situation they’re in, so you’re going to get a really good perspective on what high school is really all about.

LEO: How is the Los Angeles comedy scene different than the scene in Chicago?

JR: Well, it’s not that different because half the Chicago people are there. When I walk around LA, I might see T.J. Miller, Kyle Kinane, Pete Holmes, Matt Braunger, Jared Logan, Beth Stelling — all people I knew from Chicago. We had a really remarkable scene at The Lyons Den, which was an open-mic at a bar on the north side of Chicago. All sorts of comedians came out of there Hannibal Buress came out of that scene, too; all sorts of people you see on TV now came out our Chicago scene. A lot of times I show up at a Los Angeles club, I’ll look around and the only way I know we’re not in Chicago anymore is that we’re all forty and we’re not freezing. •