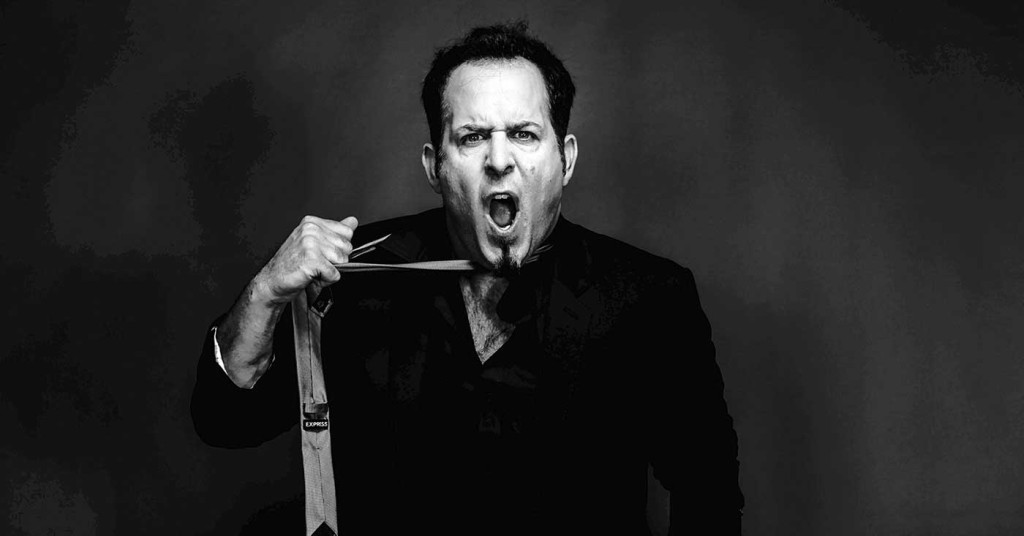 If you make your way through the Internet to Craig Gass’ website, at the very top of his bio page he has a quote from his close friend and men tor George Carlin: “When you’re born you get a ticket to the freak show. When you’re born in America, you get a front row seat.” Craig has spent the last two decades doing stand-up on the road in hopes of being the freak for whom we’re all sitting in the front row.

Gass is also a master impressionist, crediting that both of his parents and his sister are deaf. “I was the only one who could hear, and I obviously couldn’t learn to speak from them, so I learned by impersonating the people I saw in television. Because of that I have developed this ability that when I hear someone say something I just figure out how to ‘do them.’”

He is also regular guest on The Howard Stern Show, and has appeared on “Family Guy,” “Sex and the City” and “King of Queens.” Gass will be performing at Laughing Derby this weekend.

LEO: Have you ever been much of a Kentucky bourbon drinker?
Craig Gass: Oh, God, yes. I would say a big part of my life was dedicated to that … the best way to pay tribute to Kentucky is through alcoholism.

LEO: I notice your bio opens with a quote from George Carlin, whom you knew personally and professionally. What kind of influence did he have on your life and your career?
CG: As a comedian he influenced me a lot in the way that I communicate with my friends. But as a human being he influenced pretty deeply in the way to treat people. He was always incredibly generous, always very thoughtful. He was very intimidating to me; he offered many times to help me with my career and I never took him up on it. I only wanted a father figure. I would call him up every once in a while to ask him about life and to pick his brain about the things he said onstage, like about drugs, or politics or God. He was just a really kind person, who always remembered people’s names and spent time looking you in the eye when he talked to you. He was just a good human being, and I still miss him.

LEO: He and Richard Pryor are the two most common answers I get from comedians about who inspired them. What makes those two guys so universally influential?
CG: Because they were head and shoulders above everyone else in terms of … George’s love of the English language was just so brilliant, and Richard’s honesty, he was so vulnerable. He just confessed all of his sins onstage. He talked about things that weren’t acceptable but humanized them, his drug addiction, racism, prostitution — it was very cathartic the way that Richard would just talk about shit you weren’t supposed to be talking about. And George used to tell me, when I was starting out going on radio, he would tell me about little nuances, “You can be pissed off, but you can’t be pissed on.” He was  in love with the way that the most subtle changes in words can change the whole meaning.

LEO: Being a regular on The Howard Stern Show, is that a more nurturing or intimidating environment?
CG: It’s both. Because if Howard likes you, then he wants to incorporate you into the show and he’s open to your ideas, but he also likes to beat the shit out of you on the air. I mean, to this day there is nothing more powerful in media than his show. The last two times I was on his show I was the number two and then then the number one most searched topic on Google that day. If it wasn’t for him I never would have been on “King of Queens,” “Sex and the City” or “Family Guy.” I can directly link those back to Howard because all of the people who called would say, “I have an idea based on something you said on The Howard Stern Show.”

LEO: When doing impersonations, how do you decide who to work up?
CG: If someone gets stuck in my head. If I have a really crazy experience with someone, like Tracy Morgan, who is certifiably insane. I used to be a writer for “Weekend Update” so I would have a lot of Tracy Morgan stories, and when I would go back to my friends and tell them something crazy his voice just comes out of my head. I don’t know how else to explain it; it comes so naturally now the voices in my head just come out.