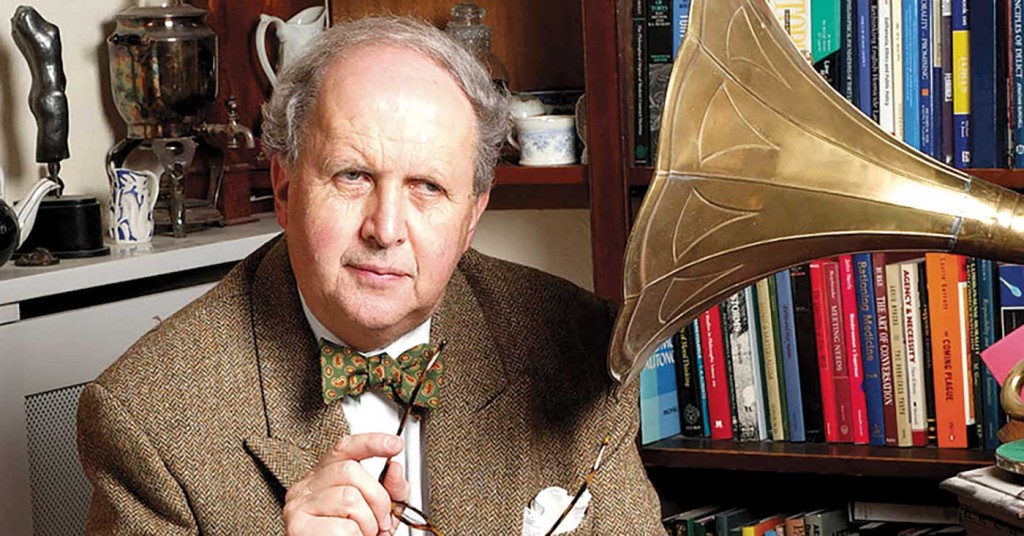 It’s practically an aural dessert to be in conversation with Alexander McCall Smith.

On the phone from Edinburgh, he serves up plummy, deep intonations with a whisper of burr. The listener should savor these by the spoonful — whether the prodigious author of worldwide best-sellers is describing his preferred vacations (exploring sailing routes among islands in the Caribbean) or recalling how he was invited to update one of Jane Austen’s 19th-century novels. His reworking of “Emma” was just published — and he’ll be appearing at the main branch of the Louisville Free Public Library on Thursday, April 9 at 7 p.m. (The event is free, but tickets are required — call 574-1611 for more info.)

A half dozen authors have been invited to merge their voices with the Austen classics. The series started with Val McDermid’s look into the gothic-leaning “Northanger Abbey,” Curtis Sittenfeld’s take on “Pride and Prejudice” will be coming soon. When asked how he became involved with the project, Smith says, “I was invited by the publisher to do that. They approached my agent in London. It took me about 45 seconds of profound thought to say ‘Yes’ — because I very much admire Austen, and loved the idea of reworking one of her books.”

Like all of Austen, “Emma” has been adapted and parodied, yet is now more popular than ever. Emma Woodhouse has a forceful personality and she’s certain that she was put on this world to reshape the fate of those around her. That includes matchmaking, of course — and Emma makes a mess among the daily lives and courtship possibilities of almost everyone in her orbit. When asked whether he has a personal equivalent to this classic character, Smith is quick to respond: “Not quite as difficult as Emma is. No, I wouldn’t say I have anyone in my life like her. If I did, I’d be very cautious about answering your question.”

Smith has his own original tales, and they fill up full shelves in bookstores and libraries, but much of his printed output came about in a second career. (He’d previously written children’s books while also a professor of bioethics.) Fifteen years ago “The No. 1 Ladies’ Detective Agency” began a series of pleasant and cozy reads.

Though that breakthrough novel’s title — and occasional plot-turns over all of his work — might suggest entertainment that usually features gumshoes and femme fatales, Smith sets the record straight about his own detective novels: “There’s nothing criminal happening. They’re really about somebody who helps people solve problems.” But Smith is not against crime stories, “Crime can be a route into all sorts of observations of place and society,” he says, citing the “wonderful tapestry” of John Berendt’s “Midnight in the Garden of Good and Evil” and H.R.F. Keating’s Inspector Ghote novels set in India.

Clearly Smith has a continuing fascination for discovering the world, and a love of sharing what he finds. He has words of encouragement for late-blooming writers: “Later in life one has rather more to say. One has seen more of life than one has at just 20.  So there’s an argument in favor of it. I certainly think that people shouldn’t feel inhibited about starting later in life. Quite the contrary.” •