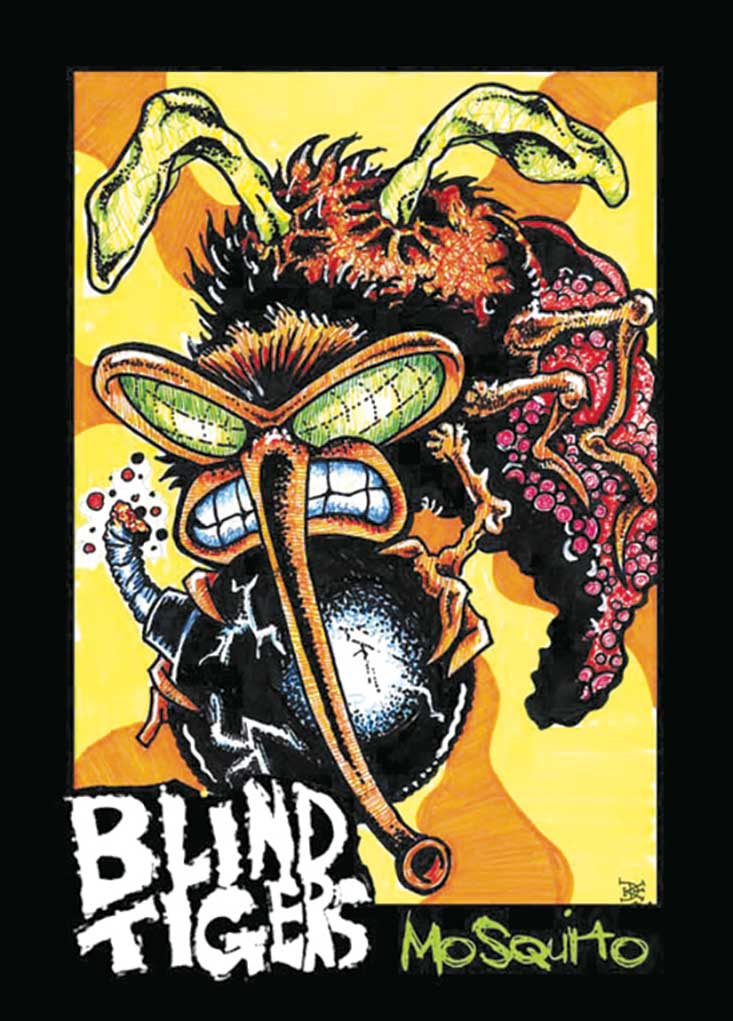 For lo-fi garage rock with straightforward guitar hooks and barebones, heavy-handed drumming mixed with generally icy vocals, there’s a lot going on with “Mosquito,” the debut from Blind Tigers. The chugging guitars and the explosive drums set the pace of the entire album, which mostly works in their favor, sounding more cohesive than dull, for two reasons: 1) Like most good punk/garage-rock songs, they get in and out quickly, and 2) They splice in subtle, outside-the-box elements — indie handclaps, scattered psychedelic touches, muffed harmonies and other slight studio tricks that still keep the gritty feel intact — to not let you get bored, without seemingly begging you (with some sort of grand gesture) not to get bored. The only way it works against them is when the vocals — which are on point when collected and cold — try to match the energy of the instruments and can’t quite catch up.