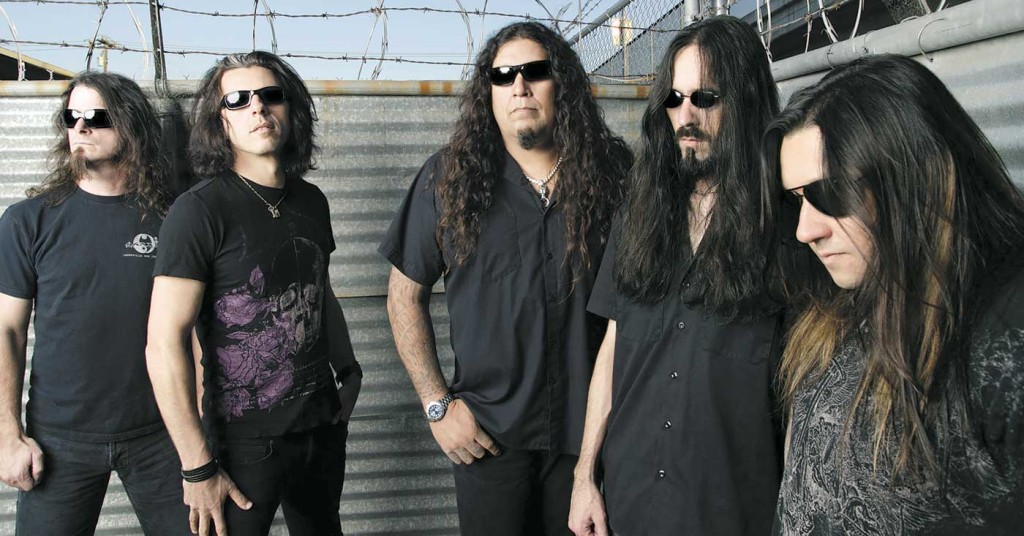 The world of heavy metal has always been murky. Much like jazz, new genres of metal quickly popped up in the beginning — and, as it kept/keeps branching out, the tree continued/continues to grow. Also, like jazz, some metal was intended spitefully. Which brings us to thrash. Originally created as the response to glam metal’s make-up and pop sentiments, Thrash stripped away both the lipstick and the bubblegum, replacing them with aggression, fast double kickdrums and screeching, high-speed guitars. Bands like Megadeth, Anthrax and Flotsam and Jetsam are familiar names to fans of this type of metal. And Testament — a band with solid pedigree and an enduring presence — was one of the bands that took thrash to the mainstream.

Formed as Legacy in Berkley, California — a place synonymous with hippies and college protests — Testament was the product of cousins Eric Peterson and Derrick Ramirez. Current singer Chuck Billy replaced vocalist Steve Sousa, who went on to join Exodus where he has mostly remained.

Bringing their Dark Roots of Thrash II tour to town, Testament promises a thrash spectacular with bands Exodus and Shattered Sun sharing the bill. For longtime fans of Testament, the band will be playing two of their early albums in their entirety — “The Legacy” and “The New Order” — and will add a sampling of their third release, “Practice What You Preach.”

Going on 32 years as a band, Testament is older and wiser. Much has happened since the early days in Berkley, California. Members have come and gone — some have survived illnesses and loss to get to this place in their history. For metal fans in Louisville, this show is a real treat. The last time they played in town — at Expo 5— was in the beginning of 2012.