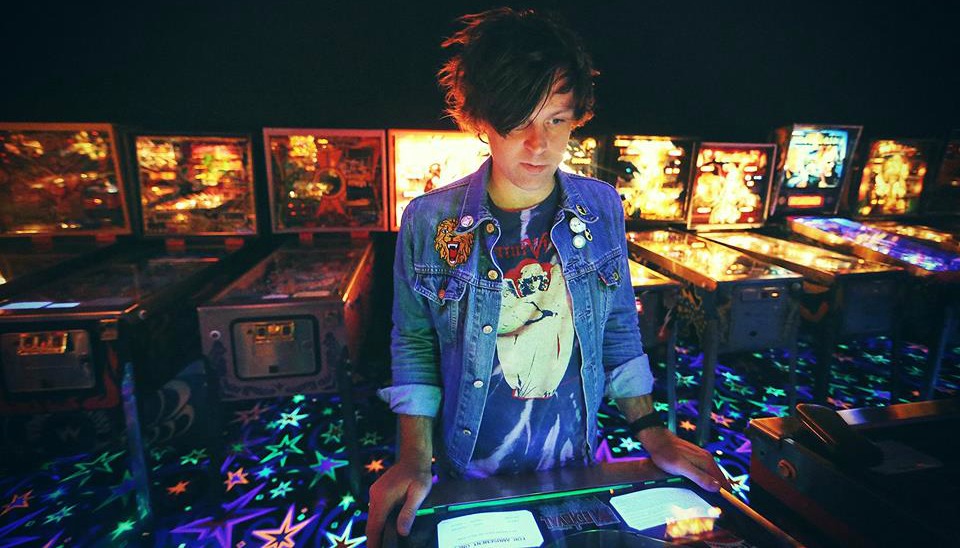 From a prodigious beginning in an alt-country band whose members became cult heroes, to a juggernaut of a solo debut, to a series of albums that ducked and dodged genre constraints, to a shaky “rock opera,” to two excellent post-2010 records — and every twist and turn in-between — Ryan Adams has spent the last two decades as one of the most prolific, talented, stubborn and mercurial singer-songwriters in the business. Through breakthroughs and gambles, the 40-year-old North Carolina native has always seemed to take the hard road on purpose, for better or worse, but, when thinking about his discography in hindsight, the heavy-hitters (everything from Whiskeytown, Heartbreaker, the new self-titled record) tend to suffocate the weaker entries (29, III/IV, Rock N Roll).

This has been evident for quite some time, but the past year or so has brought it further into the light — for (at least) three reasons: 1) 2011’s Ashes & Fire and 2014’s Ryan Adams brought everything back to a high level, kicking some of the lesser records into the shadows. 2) Now that the quality is higher again, it’s easier, as a listener, to pluck a few favorites from the forgettable albums and be content that he was playing with different sounds, working towards something better. 3) This week’s release from Adams, Live At Carnegie Hall, a double album from two nights at the NYC music mecca recorded late last year, is an indication that, even a set of 20 or so songs from Adams plays like a greatest hits album. When the beginning and end of a discography is strong, people stop giving a shit about the middle. In 2015, his missteps don’t really matter.

Right now, it makes a lot of sense to see him live — the material he’s touring on is solid. He pulls a lot of old favorites and his voice seems to sound better than ever. But, before his show at Iroquois Amphitheater on Thursday, April 30 (buy tickets here), let’s take a quick trip from 1995’s Faithless Street to last year’s Ryan Adams.

“Midway Park” — Faithless Street (1995)
In an era where country music began to be dominated by slickly-produced radio pop that sounded like cruise ship parodies of Bruce Springsteen and Johnny Cash (to be fair, at least it was Garth Brooks doing it then, instead of the Luke Bryans and Eric Churches of today), bands like Whiskeytown and Uncle Tupelo were, directly or indirectly, the antithesis of that. “Midway Park” opens Whiskeytown’s debut record with rough guitars, gentle country undertones and barely-contained heavy sensibilities. It’s raw and urgent gutter-country, made by kids that grew up on metal and punk.

“Houses on a Hill” — Strangers Almanac (1997)
Sometimes Ryan Adams just makes it seem easy. In “Houses on a Hill” he delivers simple line after simple line, precisely threading together this evocative, ambiguous and heavy storyline, like a boxer carefully working the cut above his opponent’s eye. It never gets too complicated and it never falls flat. It does exactly what it has to do. I still think it’s one of the best songs that he’s ever written.

“My Hometown” — Pneumonia (2001)
Although it was recorded directly after Strangers Almanac, Pneumonia came out after the band broke up, as it sat in limbo for two years because of label issues. Eventually remixed and released by Lost Highway, after they released Adams’ solo debut, Heartbreaker, Pneumonia widely replaced Whiskeytown’s unhinged tendencies with glossy, stripped-down tracks. Although those lovable gritty aspects were lost, “My Hometown” carefully pairs piano, steel guitar and gentle harmonies with Adams’ signature half-whisper that always seems seconds away from melting down into a scream — sounding sad and pissed and desperate, without seeming like he’s trying to sell you something.

“Oh My Sweet Carolina” — Heartbreaker (2000)
It’s hard to understand how powerful Adams’ voice is until you hear him live, with just an acoustic guitar, in a 2,000-seat theater, but this is as close as it gets on record. With backing vocals from Emmylou Harris, “Oh My Sweet Carolina” — like the rest of Heartbreaker — has razor-sharp believability. He sounds like a man who’s lost everything. And he does in in this straightforward, no-bullshit, unpretentious, Hemmingway-like way. He set the bar really high for himself.

“Firecracker” — Gold (2001)
I could never get into Gold. It’s too long, too pop-infused and it reminds me too much of John Mayer. “Firecracker” is probably my favorite from the album because of the harmonica and its overall drive, but it’s still riddled with cliches of “burn[ing] out hard” and cheesy one-liners like “kiss me slow and softly, make me dream of you.” The guy who made the simple seem profound on four records in a row was now making the simple seem trivial.

“1974” — Rock N Roll (2003)
It’s not his worst and not his best and might be easily forgettable, but Adams seems like he had fun with Rock N Roll, his quick hard left turn out of the country/folk spectrum, stepping into the grounds of metal and punk influenced rock. Probably the album that he wanted to make ever since the first time he heard Judas Priest as a kid.

“English Girls Approximately” — Love Is Hell (2004)
A return to dark, melancholy folk, Love Is Hell is spotty and musically scatterbrained, but, the project’s highlight, “English Girls Approximately,” passes the test of time. Driven by direct acoustic guitar, wandering piano and collected, but chilly vocals, breathing bitter, fiery lines like “You said you didn’t love me, it was right on time/ I was just about to tell you, but OK, alright.”

“When Will You Come Back Home” — Cold Roses (2005)
His first record with the Cardinals, who formed for this and continued to play with him until 2010’s III/IV, Cold Roses marks the beginning, for the first time since Whiskeytown, of watching Adams and a band grow together. On this album, The Cardinals do a nice job of mirroring the sadness in Adams’ voice, but they add subtle undertones of shiny and lush rhythms, bringing out some brighter tones, which creates an interesting parallel.

“Pearls On A String” — Easy Tiger (2007)
“Pearls On A String” had me holding out hope that Adams would make a bluegrass record. Not a traditional one, per se, just an album where Ryan Adams does Ryan Adams and somebody like Ricky Skaggs blazes in the background. Although “Pearls On A String” isn’t necessarily a good reference point for the underrated Easy Tiger — an album that sees Adams figuring out how to blend the plugged-in party that he had with Rock N Roll with his sparse, hard-hitting strong suits. Although it was released as a solo record, the album featured The Cardinals and this is the record where they really seemed to click, moving beyond a smoothed-out Whiskeytown and into something all their own. “Halloweenhead” and “Two”  provide accurate glimpses into what Easy Tiger was about, but “Pearls On A String” marks how his perpetual exploration can roll out gems.

“Wasteland” — III/IV (2010)
Adams obviously made his name as a troubadour, but it seems every few years he has to get the bar chords and distortion out of his system. It doesn’t really warrant much discussion — it is what it is, you like it or you don’t. Even if you don’t like this album — I don’t — there’s no point in trashing it. He has the means to do whatever he wants. And he does. I’m of the camp that thinks it makes him better in the long run. It’s also important to note that he doesn’t owe us shit.

“Lucky Now” — Ashes & Fire (2011)
When it came out, Ashes & Fire was frequently compared to Heartbreaker, but that’s only because they sort of sound alike — the content is almost completely the opposite. Where Heartbreaker wallowed in the seedy underbelly, Ashes & Fire steps out of the shadows. “I don’t remember / Were we wild and young? / All that’s faded into memory / I feel like somebody I don’t know / Are we really who we used to be? / Am I really who I was?”

“Feels Like Fire” — Ryan Adams (2014)
Last year’s self-titled release is a culmination of the past without sounding too much like anything before it. His minimalistic beginnings, a faint reflection of the work with the Cardinals, his punk and hardcore aspirations, all live together in this dysfunctionally functional vacuum. “Feels Like Fire” epitomizes that.

Here’s a playlist containing every song discussed in the article.