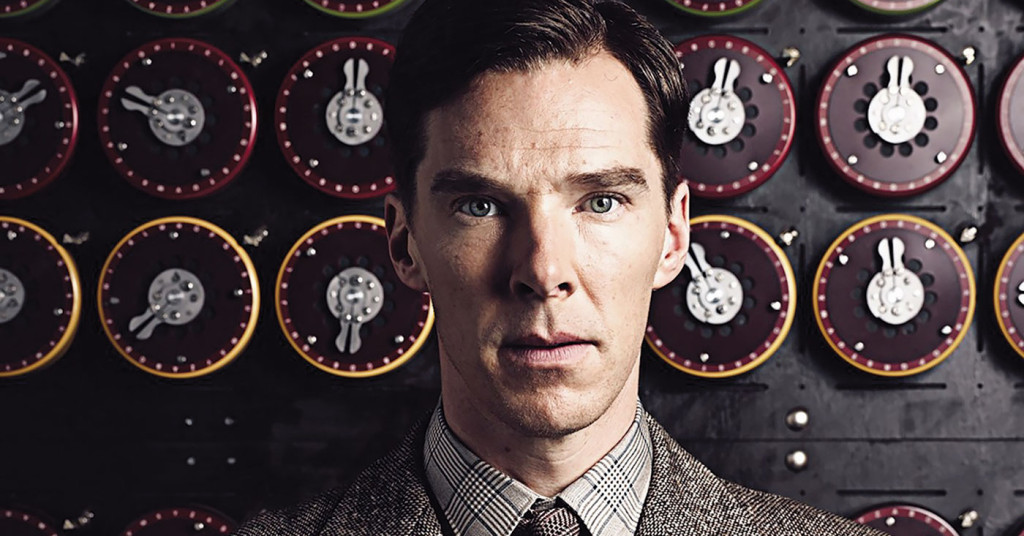 INTERSTELLAR
2014; $22.98; PG-13
Director/Writer Christopher “The Dark Knight” Nolan struggles to visualize higher orders of math, the joys of science and our ultimate destiny — to colonize a universe beyond our understanding — for the unwashed masses. Frankly, due to an ever-expanding moron segment of our gene pool it may be a lost cause, but we loved every minute of this valiant story of the Earth’s final hours and the men and women who must find our escape amid unimaginable oceans of both time and multi-dimensional space. Matthew McConaughey carries the complex plot nicely, with help from a stellar (snigger) cast, but the star is Nolan’s brilliant story and groundbreaking, eye-popping visuals.

THE IMITATION GAME
2014; $19.98; PG-13
Bill here. 2014 saw two exceptional science-history biodramas, this and “The Theory Of Everything.” And while that film featured an amazing performance by Eddie Redmayne as Dr. Stephen Hawking, this was the superior entry. Benedict Cumberbatch is engineer/visionary Alan Turing, a flawed man with zero social skills whose mental prowess was so profound that no one understood what he was talking about — yet he may have been the sole person on the planet who could save it from Hitler’s aggression. Keira Knightley is adorable, as always, as socially adept Joan Clarke, his intellectual equal, trapped within 1950s societal norms. Turing, of course, was secretly gay at a time when that was criminal. One of Science’s most incredible tales, perfectly told.

CASE HISTORIES: COMPLETE COLLECTION
2011; $34.98; UR
This is one of our favorite shows, though surprisingly few have ever heard of it here in the states. It’s a simple British crime drama based on the literary works of Kate Allison, set in the dark, brooding hills and hamlets of Scotland. Jason “Lucius Malfoy” Isaacs is PI Jackson Brodie, a former cop whose personal and professional lives lie in abject shamble — and his soft-hearted nature (not too well hidden under a rugged face) makes it nearly impossible for him to earn a living. Seen it before? Not like this you ain’t! Some of the finest writing to ever grace a script carries the viewer through labyrinths of people, lies and unfulfilled yearning. Truly exceptional TV.

GINGITSUNE: COMPLETE COLLECTION
2013; $34.98-59.98
We are always impressed by the many ways in which Japanese anime can express ideas that are otherwise impossible to relate. Case in point: This series follows Makato, the daughter of a devoted priest of the god Inari, who reluctantly becomes “friends” with Inari’s lazy, fox-headed spectral messenger, a foul-mouthed and uncouth supernatural creature named Gintarou. He has some slight godly powers — only enough to constantly get the girl in trouble — but seems largely uninterested in our world. Or maybe he’s just trying to help her learn something important. Brilliant artwork and clever, intelligent scripts make this a treat.

ISLAND OF LEMURS: MADAGASCAR
2014; $32.38; G
The lemur is one of the most amazing and enigmatic creatures on the planet: an intelligent primate who evolved in relative safety and isolation on the island of Madagascar, they are similar in habit to the raccoon, though infinitely more clever, curious, and vocal. And threatened by Man’s encroachment, as Norman Freeman narrates in this sensuously photographed introduction. We especially enjoyed the recreation of their accidental voyage to the island so many millennia ago, with little faces alive with that same shine you might see on a human child when he first spies Disney World. Deserves a place in your video stash right next to “Walking With Dinosaurs.”

MUCK
2015; $9.98-26.98; UR
All you need to know about this stinker is the jaw-dropping, gravity-defying cast which includes Playboy Playmate Jaclyn Swedberg, underwear-clad Lauren Francesca, t-shirt popping Stephanie Danielson and former “Jason Voorhees” Kane Hodder. He’s the backwoods baddie they encounter after falling into an evil, ancient burial pit, hidden within a soft, squooshy New England bog. On St. Patrick’s Day. A few tits and at least one twit — pretty-boy Lachlan Buchanan who says, “You could’ve told me that I was walking into a nightmare, Noah. I would’ve jerked-off first!” Enjoy.

THE CIRCLE
2014; $17.98; UR
1958 saw the creation of one of the world’s earliest and most renowned gay organizations, “The Circle.” This mix of archival footage and live actors tells the now-famous tale of two “confirmed bachelors” — schoolteacher Ernst and drag queen Robi — mired amid the social turbulence of that era. Newspapers of the day waffled between labeling the movement a sordid hotbed of murder and deviant sex, and a misunderstood segment of society seeking acceptance. In a very real sense this was the moment when homosexuality became accepted … or at least less criminal. A clever and entertaining subtitled mix of history, humanity and the power of the written word. Excellent.

Aka, “Waxie Moon in Fallen Jewel”, this stars (surprise!) Waxie Moon, the cross-dressing nom de plume of actor/dancer Marc Kenison. It’s a burlesque romp filled with Kenison’s signature heart and camp; wonderfully bizarre, yet Moon’s over-the-top talent is undeniable in what The Seattle Gay News called “Pink Flamingos meets Sex in the City.” That’s as perfect a definition as we can imagine. Enjoy.

This guilty pleasure from Britain continues to amuse and entertain like few other TV shows. Ian “Deadwood” McShane continues as the titular antique dealer/antihero, a true rake whose only talent seems to be getting into trouble. This season Caroline Langrishe joins the cast as an auctioneer/would-be-love-interest, while his partners in crime, Eric and Tinker (Chris Jury and Dudley Sutton, both from “EastEnders”), are shocked to find that their demure little protégé’, Diane “EastEnders” Parish is a born criminal with a clever – and let’s just say it – devilishly evil mind. Watch for guest stars including Sir John Gielgud, Pete “Inception” Postlethwaite and and James “Hobbit Trilogy” Nesbitt. We hope this never ends.

Originally known as “Mortal Kombat: Conquest”, this prequel to the “Mortal Combat” movies starrs Paolo Montalban as Kung Lao, victor of the intergalactic MK tourament and savior of Earth. Now he must defend us from such disgruntled supernatural warriors as Scorpion and Sub-Zero, all under the control of Shang Tsung (Bruce Locke), with reluctant help from Daniel Bernhardt, and Kristanna Loken, long before her runs on “The L Word” and “Burn Notice.”

The male equivalent of “The Vagina Monologues?” No, but you’re on the right track. Writer/Director Sofian Khan of 2008’s “Destined To Be Ingested” takes us on a cinematic tour of the human penis: its history, evolution, function, dysfunction, and most importantly its, er, mistreatment by modern Western society. From ancient 100-foot-long “rude giants” carved into hillsides to massive ejaculating Japanese festival floats to Michelangelo’s infamous knickers-knackered “David”, to the secret behind a horse’s 4-foot woodie, this is just as smart and funny as you’d expect it to be. Filmed in Wonderful Willievision. Okay, we made that last part up …

This married romcom is a delight. Sam “Being Human” Huntington takes his missus, adorable and loving Meaghan Rath (also from “Being Human”) to a secluded ski lodge for some wine, cheese, and repeated connubial ugly-bumping. The problem? The new owner/operator is the hubby’s super-hot ex-girlfriend – whom he used to take to this same lodge – Emmanuelle “The Mentalist” Chriqui! Writer/Director Pat (again with the “Being Human”) Kiely has crafted a wonderful, knowing, sexy little film that’s guaranteed to entertain, even if the editing is decidedly sub-par.

We liked this Oscar-nominated Reese Witherspoon “modern woman fighting her personal demons” vehicle, but we really can’t recommend it. Yes, she does a great job of presenting the real-life Cheryl Strayed who, after a series of life catastrophes – many of her own making – decides to take a cleansing 1,100-mile mountain walk. The problem? Reese is simply too distractingly beautiful and physically fit for the role. She hardly gets dirty, much less appears to be challenged, which lessens the emotional payoff. That said, she also has nude sex scene, sooooo … Enjoy!