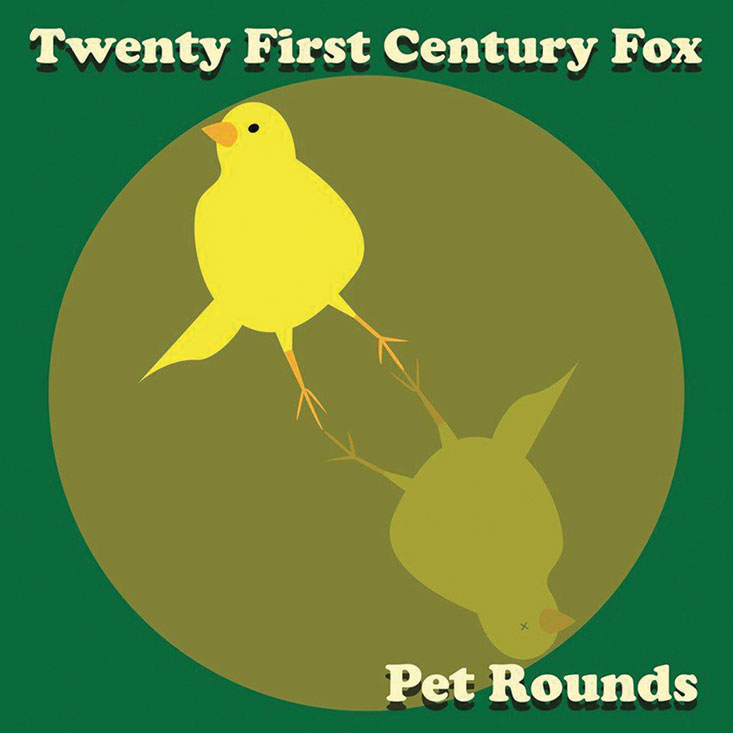 Twenty First Century Fox
Pet Rounds
(self-released)
What started as a The B-52’s cover band has evolved into a punchy indie vehicle. A continuation of their previous themes, “Pet Rounds” is as danceable as ever — the same energy that informed their earlier work is present, tempered here by a sort of twinkling classic indie sensibility, like the best of what the mid-90’s had to offer in the Midwest. For example, the intro to “Igor” shows the band exploring delicate melodies before going into an almost funk/dance-pop break down. The through line for “Pet Rounds” is an overwhelming sense of positivity that is never saccharine. And while sincerity is a tricky position to maintain sonically, there is something so honest about the music that it seems like the purest expression of their vision.