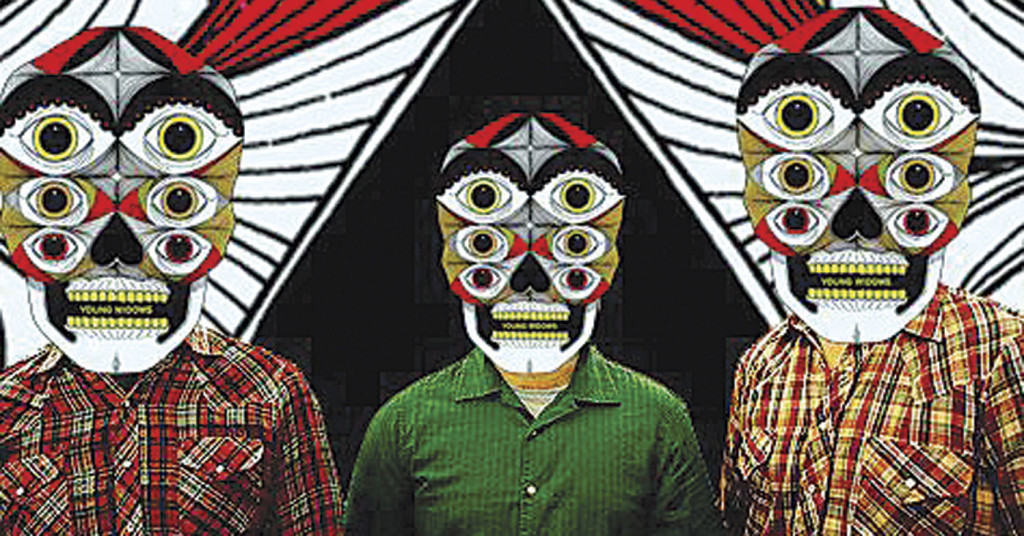 With a visceral display of seething energy that’s barely caged, Young Widows brings an incredible amount of fury — both lithe and vulgar — to a live setting. And with the release of their 2014 album “Easy Pain,” the band has synthesized their disparate influences into a cohesive whole for a sound that is both brutal and beautiful. Deftly balancing a tunefulness that demands a stout head bang, but produces a solid hook, their music is imminently memorable.

After four albums, how did they develop into their current iteration? “Evolution is unavoidable,” says singer/guitarist Evan Patterson. “Even if our sound never progressed or regressed, or however it’s taken, we can’t make the same song twice and we aren’t looking to milk a certain sound until it’s bone dry. With ‘Easy Pain,’ we aimed to make a jarring batch of destructive songs. I feel we hit the target, dead-centered bullseye. Every album has a bit of a conscious direction or focus.”

Part of that evolution is the relationship between the trio involved. After parting with original drummer Geoff Paton, the lineup has remained consist with Patterson, bassist Nick Thieneman and drummer Jeremy McMonigle.

“All the time spent writing and performing within a group or band is intimate,” Patterson says. “A bond is developed based on the sheer chaos and rawness of composing and performing. If I didn’t appreciate and care for the individuals who share these groups then the groups would cease to exist.”

For every collaborative effort, that sort of camaraderie translates differently. Patterson explains of their writing process that, “The composition is always a collaboration between the three of us. Generally, I’ll have an improvised vision or an obsessive plan on how to organize our patterns and sounds.”

He continues adding, “Certain songs are complete after recording. Other songs have more of an improvised freedom that is ever changing in a live setting. We’re locked in to performing most of them as similar as possible live. There are few songs on every album that we have never and might never perform live.”

And they certainly thrive in a live setting. For Patterson, the perfect show consists of, “An out of body performance. Almost a sense of being blacked out. Not remembering much except for my personal feelings of the performance and those aren’t truly clear.”
So how will Young Widows be remembered? In Patterson’s opinion, the only time that matters is now.

“I don’t have my druthers,” he says. “I don’t hope for a legacy. I am alive and well right here today. I don’t desire to receive recognition. I desire to create and experiment. The writing has always been what this entire music obsession is all about. Art or die.”