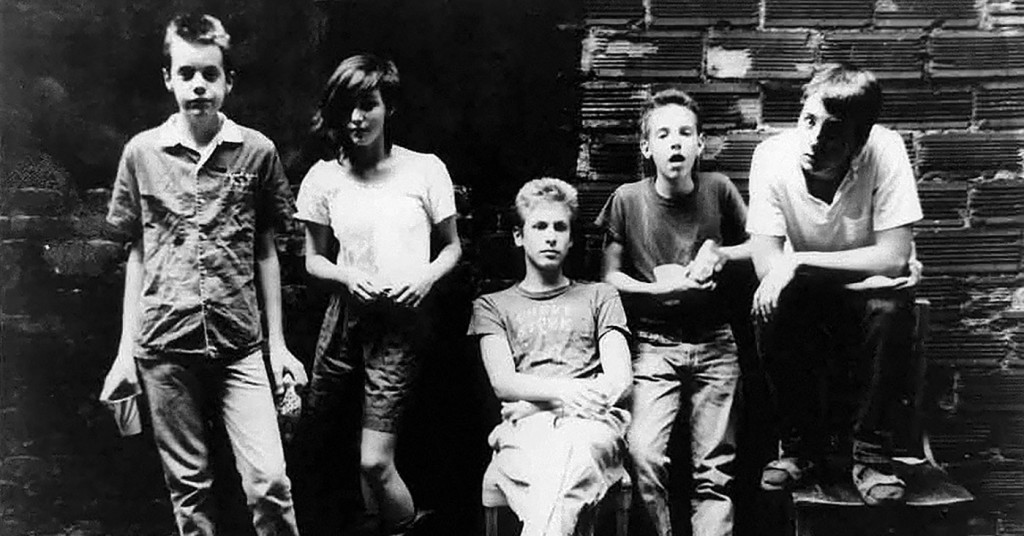 A few years ago, Jim Bates was listening to National Public Radio (NPR) when a story came on about indie rock musician Will Oldham, who records under the moniker Bonnie Prince Billy. The story caught Bates’ attention because he recalled a Will Oldham from his days as a music teacher at the J. Graham Brown School. A visit to Wikipedia verified that the musician and the student he remembered were the same person, but Bates also found something else that surprised him. Oldham’s page linked to entries dedicated to other influential indie rock acts from Louisville. Bates, who is now an assistant professor at Otterbein University in Westerville, Ohio, recognized the names of former Brown students on almost every page.

“I said, ‘This is crazy,’” he remembered. “I had no idea these kids had accomplished so much. Brown School was a casual, creative place and I think it took root in the students. That’s the only way I can explain it.”

Characterized by a low-fi sound and do-it-yourself ethos, indie rock developed out of the punk movement, took root in the 1980s and achieved short-lived mainstream success as alternative music in the ‘90s. Louisville has produced a string of influential and critically-acclaimed indie rock bands stretching back to the early days of the music. The city’s legacy was recently chronicled by director Lance Bang in the 2014 Slint documentary, “Breadcrumb Trail” and in Drag City’s forthcoming book “White Glove Test: Louisville Punk Flyers 1978-1994,” which captures the DIY attitude of bands that controlled every aspect of their creative output. But the Brown School’s significance to the scene is not so well known. A partial list of Brown alumni in the indie rock pantheon includes Peter Searcy from Squirrel Bait, Britt Walford and Brian McMahan of Slint, Janet Bean and Cathy Irwin of Freakwater, Tim Furnish of Crain, Jonathan Palmer and Chris Hawpe of Love Jones, Carrie Burr of Second Story Man, Wolf Knapp of Antietam, and Oldham and his brothers, Ned from Languid and Flaccid and Paul from Speed to Roam, among others.

“The Brown School did produce a lot of bands for such a small place,” said Cathy Irwin, who attended the school in 1977 and ’78, her 10th and 11th grade years. “I had 15 or 20 people in my class. Some of them probably went on to do honest work, but most of the people I know went into some creative field. Art and music were high priorities at Brown when I was there.”

Brown also produced artists in other fields. Although music is the area where the school has had the most impact, it has also produced magician Mac King, New York City Ballet dancer Wendy Whelan, and noted poet Mitchell Douglas. Oldham, who by the way remembered the teacher he referred to as “Master Bates,” didn’t turn to music until a few years after he left Brown. But he said the economic, racial and geographical diversity at the school provides students with a unique experience that makes them better suited for a creative life than a 9-to-5 job.

“When I see shows on television that are supposed to depict the high school experience, it’s almost like watching an ethnographic film,” Oldham said. “That world where everyone looks alike and thinks alike is so foreign to me. I’m uncomfortable in a homogenous setting because that is not the world I’m used to.”

The Brown School was Louisville’s first magnet program. It was founded in 1972 in response to the public furor over mandatory busing. The school was intended to attract kids, 1st grade to 12th grade, from every zip code, race and economic group in Louisville. The school’s first principal, Martha Ellison, oversaw a creative, student-driven curriculum that was a radical departure from mainstream education. In the early days, the school didn’t even hand out grades. Students simply received evaluations and they were encouraged to focus on their own interests instead of some dictated study plan.

Brown pioneered some educational practices, like cooperative teaching, that were later incorporated into all Jefferson County schools. The anything-goes environment it fostered empowered the students. They called teachers by their first names, wore what they wanted to school and were even allowed to bring instruments to class.

“It was basically a hippie school,” Irwin said. “It was where people sent their weird children. You wouldn’t send your normal kid there at the time. It was like self-selecting for freaks on the part of the parents. Even the teachers were there because they wanted to do something different in the classroom.

“I don’t think I ever had a science class. They had this thing called Biological Drawing, where we drew zoo animals. The thing that amazes me now is that you could just ask for a note and the teachers would let you go across the street to hang out at the library.”

The school took its name from its original location, the Brown Hotel on Broadway, which was founded by James Graham Brown. The building was the headquarters of the old Louisville school system before it merged with the county system in 1975. Brown teachers taught classes in the Crystal Ballroom and some of the guest-room bathrooms were used to store books. After the school relocated to the old Ahrens Trade School building at 546 S. 1st St. in 1980, its old home was sold to a developer who restored it for use as a hotel. The school’s standards moved closer to that of the traditional Jefferson County Public School after it relocated, but Peter Searcy said it remained a place where students could express their individuality.

“Most of the students at Brown would have been outsiders at any other school, but at Brown they just were normal students,” Searcy said. “I think that, and the fact that people were in the same class with one another for so many years caused a kind of kinship among the student body.”

Searcy was in the sixth grade when he first entered Brown, where he played cello in the orchestra. One year he even formed a trio with Bates and Walford to play Beethoven compositions for a school show. But the students were already enchanted by rougher sounds from bands like Husker Du and Big Black. Searcy said the first person from his group of friends to play in a band was Wolf Knapp, who was a member of the early punk band Your Food before he joined Antietam. Pretty soon everyone was trying their hand at music and some people turned out to be really good at it.

“Just the atmosphere at Brown made it feel like you had to be part of a creative venture,” he said. “It wasn’t like they were teaching classes in Indie Rock Songwriting. There were a group of older kids who all played music and it made it seem like we could too. This was pre-Internet days and there wasn’t much to do in Louisville. We had access to a few magazines like maybe ‘Maximum Rocknroll,’ but for the most part we were cut off from what was going on everywhere else. We had to make our own fun.”

At 15, Searcy found himself fronting Squirrel Bait. When he initially joined the group, Walford, was the drummer. After he quit to join the group Maurice they recruited Ben Daughtery, who would later be a part of Love Jones. Squirrel Bait also included David Grubbs, Clark Johnson and Brian McMahan. The group put Louisville on the indie rock map when it got a record deal with Homestead Records. In 1985, the group released its self-titled debut on the album. Searcy said at this point no one was thinking about music careers. He even accepted a music scholarship to UofL until band commitments forced him to quit.

Walford, two years behind Searcy at Brown, is among the most prolific and influential musicians the school has produced. He had a boom box that he brought to school every day to listen to music, mostly punk rock, before class. In sixth grade, Walford formed the punk band Languid and Flaccid with future Slint collaborator McMahan, Stephanie Carta, Paul Catlett and Ned Oldham.

“That was the first time I remember seeing punk rock and it was at school,” remembered Tim Furnish, who would go on to join Crain and Parlour. “Britt turned me on to a lot of music.”Irwin has the distinction of being probably the first student ever kicked out of Brown. She was asked to leave because she was not only skipping school, but encouraging other students to do it with her. Fed up with institutional education, Irwin and her musical partner Janet Bean got their GEDs and focused on their music. They formed the group Freakwater and their self-titled debut was released on Amoeba Records in 1989.

“For the short time I was at Brown it is amazing to me that all of my friends are people that I met there,” Irwin said. “My friend used to joke that I got kicked out because I flunked the (new age philosopher) Carlos Castaneda seminar. I don’t blame them for kicking me out. I still have fond memories of the place, and I feel like I got a lot out of it.”

Today, the school responsible for the golden age of Louisville indie rock places in the top three or four schools across the Commonwealth of Kentucky in both the ACT and the Kentucky Core Content Test and was recognized as one of the “Best Schools in the Nation” by Newsweek in 2009 and 2010. Quite a change from a culture of no grades, but current principal Timothy Healy said the school’s core values are the same as they have always been.

“We are still producing confident, independent students,” he said. “A Brown student is someone who is inclined to follow their passion. You never know what they will do.”

The school started accepting kindergarten students about a decade ago. It has about 700 and half of them spend their whole education at Brown. Joe Conroy, a member of the group Ut Gret, said he chose the school for his sons Graham and Tristan because its history and the fact that parents are more involved than at other schools. Brown does not provide transportation for its students since they come from all over the city.

Both of Conroy’s sons are musicians. He bragged that Tristan, who graduated in 2011, had 42 people in his class but produced five bands. Graham, who graduated in 2006, is leader of the local band Fast Friends. He said he was unaware of Brown’s indie rock past until his senior year, but the fact that the school continues to produce artists and musicians makes sense to him.

“I’ve actually been thinking about this for a while,” he admitted. “It’s a really close knit school. When you know someone from kindergarten to 12th grade there is a level of intimacy that really lets you open up to them. That’s really good if you’re going to make music together.” •