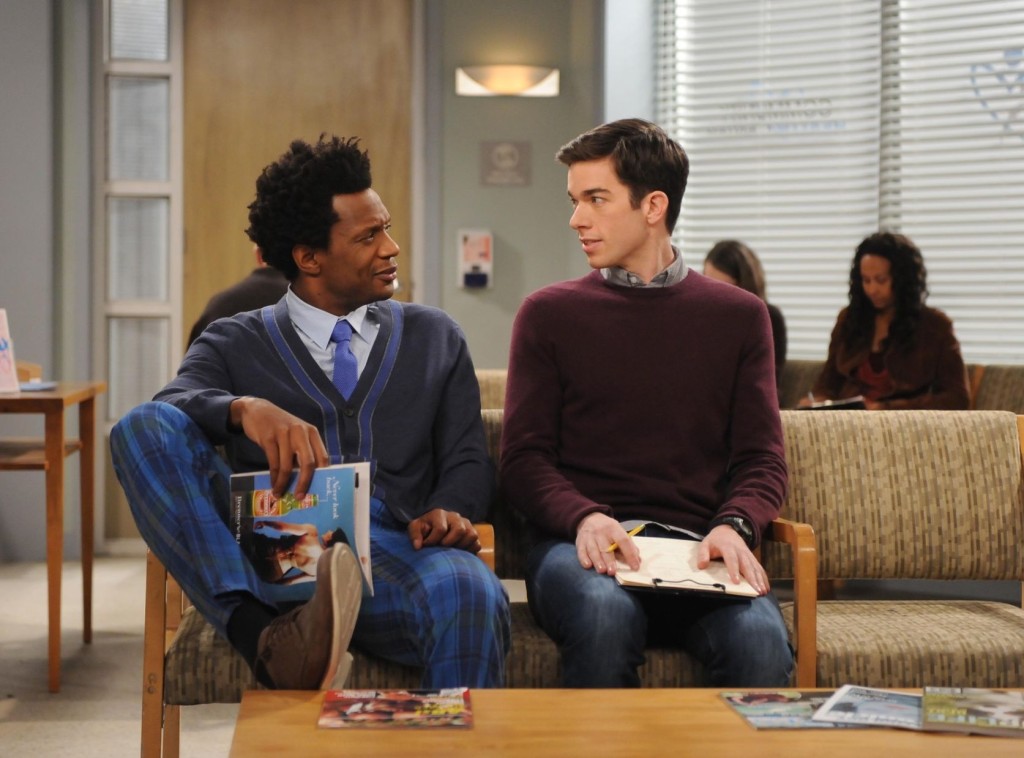 Seaton Smith is a rising star. He has a high-energy, observational brand of humor that somehow feels like it comes full circle to tell his own personal narrative. It’s a very engaging quality that Smith, a Washington, D.C. native, has when he’s onstage. Now living in New York, Smith has garnered attention from some of his comedy heroes for what he does in the clubs; and he has also secured attention from critics and fans alike for his role on the Fox comedy Mulaney. He has appeared at the Melbourne International Comedy Festival, The Just for Laughs Comedy Festival and on Larry Wilmore’s Nightly Show. Seaton will be in town this weekend at Laughing Derby and he took time to speak with us before he arrives.

LEO: Have you ever been to Louisville?

SEATON SMITH: Yeah, I’ve been there once. I came to Comedy Caravan for an audition. That was when I was only like 2 or 3 years into comedy; me and my boy drove nine hours to do it and got there to find out the show had been canceled because no one showed up for a crowd. It was a sad drive back. We drove back that night, though, because we had nothing else to do. If there’s no audience, they can’t really judge how funny you are, and thank God she wasn’t cruel and made us do the jokes for her right there in the hallway. She had the decency to say go away … everything’s dead here.

LEO: As a performer, do you prefer acting on something like Mulaney or being onstage?

SS: I like them both because they both kind of complement each other. Since I’ve been acting more, I’ve started listening to people more when I’m onstage doing stand-up. I have more fun.

SS: Yeah, I kinda like hearing other people’s take on my voice; it helps me write better jokes on the other side of things because other people write with rhythms and mannerisms that I never would have noticed about myself.

LEO: How did starting out in D.C. affect your style of comedy, as opposed to if you had started out in New York?

SS: I mean, you would be what you’d always be as a human being. I think I probably would be meaner onstage: I would try that out. New York has this aggression to it, but it’s a lovable aggression because if you relate on anger, you’re really loving each other. It’s beautiful sometimes.

SS: I’m usually walking around with friends and I think of a line or something and put it down in my notebook and then I go home and have a conversation with myself, trying to find a seed in there somewhere. Then I’ll take that to the stage and just try to ride it out from there and try and turn it into something real.

LEO: Is a joke ever finished?

SS: No … it’s only really finished once you stop loving it. Then yeah, it’s finished. But if you still love it, you can put it down for a year and then pick it up and love it the way you did a year ago.

LEO: You’ve performed all over the world. Are international audiences different than American audiences, in regard to what they find funny?

SS: I do a lot of festivals, so festival people know what they’re getting into. But yeah, they’re very different people. The main thing that kind of links us all is a body language or basic physicality thing, like love and shit. That’s universal … and that sounds really hippie — I’m sorry for that, Kentucky.

LEO: I’ve spoken with a lot of comedians and, when it comes to influences, the two most universal answers are George Carlin and Richard Pryor. What about their work makes them so universally influential?

SS: This is like really conceptual theory. Stand-up comedy, as we know it now, started in like the ’30s, early ’40s … the modern image of a man onstage with a microphone, not singing, to kill time, version of a comedian. And it was in its adolescence for a while after that. But when Carlin and Pryor took it over, that’s when comedy became an adult. They were like prophets. They figured out the formula that we are all using. And if you read their autobiographies, they had these lives that sort of grew … it’s like they taught you how to be human.