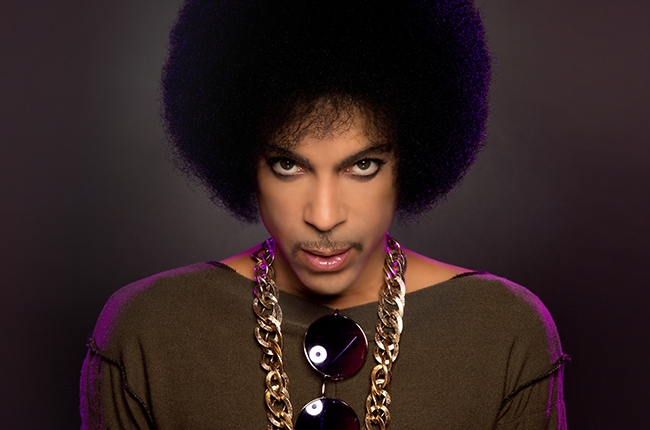 We sent three writers to the weekend Prince residency (two days, four shows) at the Louisville Palace. Here are their takeaways.

Alan: “Kentucky, we’re going to do nine hits in a row,” the 56-year-old funk master shouted as he took the stage, opening Saturday’s 11 p.m. concert with a slowed-down, swagger-filled version of “Let’s Go Crazy.” Rock-guitar showmanship was the main attraction from the get-go, as Prince injected fan favorites like “1999,” “Little Red Corvette,” and “U Got The Look” with lengthy, Jimi Hendrix-esque solos.

Brent: As a die-hard Prince fan, I’m not sure what I expected, going to see Prince in concert on a Sunday night. I suppose what I expected was a version of the legend. Possibly a four-hour show that dabbled in a few of the hits I’ve been waiting to hear live for decades  —  but (in my mind) he’s far too cool to play them all in a single show. So, maybe he would toss the occasional classic out to me like a begging dog writhing for a treat, among long instrumental interludes and enough pomp and posing to reaffirm that this is a legend at work. And somewhere along the way he would pull me through an ethereal wormhole to a new musical dimension of which I had never experienced before.

What I got was a wonderfully-entertaining, fast-paced, trim-the-fat, nothing-but-hits show (“Kiss,” “1999,” “Hot Thing,”  “Housequake,” “Controversy,” “Purple Rain” to name a few).  While, yes, I do wish the set had been longer than 90 minutes, he didn’t waste the time he had. There were no pee-break songs. All pretense was stripped away and at no point did Prince succumb to the eccentricities of his own musical indulgence.

Scott: 2015 Prince is like Yoda from Star Wars Episode II — sometimes walking around with a cane, always playing the role of the sage within the context of his group, but then, all of a sudden, he starts moving like a fucking ninja. Point being, the dude can still dance, which is one of the things we still sometimes kind of collectively forget about him, along with that he’s a guitar god, of course. After playing those nine hits in a row, Prince jumped on the keys, let about 40 people on stage and basically turned the Palace into a nightclub, which was a nice touch.

Brent: Prince appeared to be having a blast, and as far as my presumed pomp and posing, there was none. Dressed in black and gold, his afro blowing in the warm, sold-out air, he was shuffling and dancing all over the stage like a 5’2, 90lb James Brown. And at 56 years old he still looked and moved like a 17-year-old kid. Most interestingly to me, was seeing him out of context, not as the regal musical deity that he is often portrayed to be, but rather, the loose artist doing what he does best … performing for his people.

Let’s Go Crazy, Take Me With U, U Got The Look, Funknroll, Controversy, 1999, Little Red Corvette, Nothing Compares 2 U, Kiss

How Come U Don’t Call Me Anymore, When Doves Cry, Sign O’ The Times, Clouds, In Time, Thankful N’ Thoughtful (Sly and the Family Stone cover), Hot Thing, Housequake, The X’s Face, I Would Die 4 U, Pop Life, Darling Nikki , A Love Bizarre, Love, If I Was Your Girlfriend, U Know

Scott: My favorite part of Saturday’s 11 p.m. show was when a guy in the front row rocking a University of Kentucky dad sweater jumped on stage. As he was hoisting himself up — about five feet from Prince — a couple security guards ran over, but Prince held out an open hand to the guards, as if to say, “No, let him get funky.” When the guy stood face-to-face with Prince, mid-song, he looked surprised that he made it that far. Prince gave him a nod that said “Do what you gotta do” and the guy started dancing, then Prince started dancing, after which he shot him a look that let him gently know that his moment in the spotlight was over and the guy went back to his seat. Someone jumping on stage can wreck a song — and sometimes it can even ruin an entire night. But, Prince and his band didn’t even bat an eye. It was one of those moments that makes you realize how always in-control and self-aware of his image that Prince is. He knows how to maximize his own character.

Alan: Although Prince’s larger-than-life stage persona speaks for itself, the singer was a seemingly humble team-player on Saturday, as he constantly praised both the crowd and his backing band throughout the night. He let the hometown hero, drummer Hannah Welton, take a lengthy drum solo during his first encore, and he also called out guitarist Donna Grantis for writing the song “Plectrumelectrum,” a nu-metal guitar workout. The encore also featured an impromptu version of Billy Cobham’s “Stratus,” (a surprise treat for my inner jazz-fusion nerd), and elements of Michael Jackson’s “Don’t Stop ‘Til You Get Enough.” That debate that you always used to have with your friends over who was cooler, Michael or Prince? Prince wins.

Alan: It felt like every single audience member screamed at the top of their lungs after the first encore, as the crowd basically demanded another sermon from the Purple One. And, of course, he delivered, with an inspired and epic rendition of “Purple Rain,” the song that arguably cemented his legacy as one of the greatest American pop musicians of all time. As he wrapped up the iconic guitar solo that served as the de facto climax of the set, only one thought crossed my mind: “I will never pass up the opportunity to see Prince in concert again.”