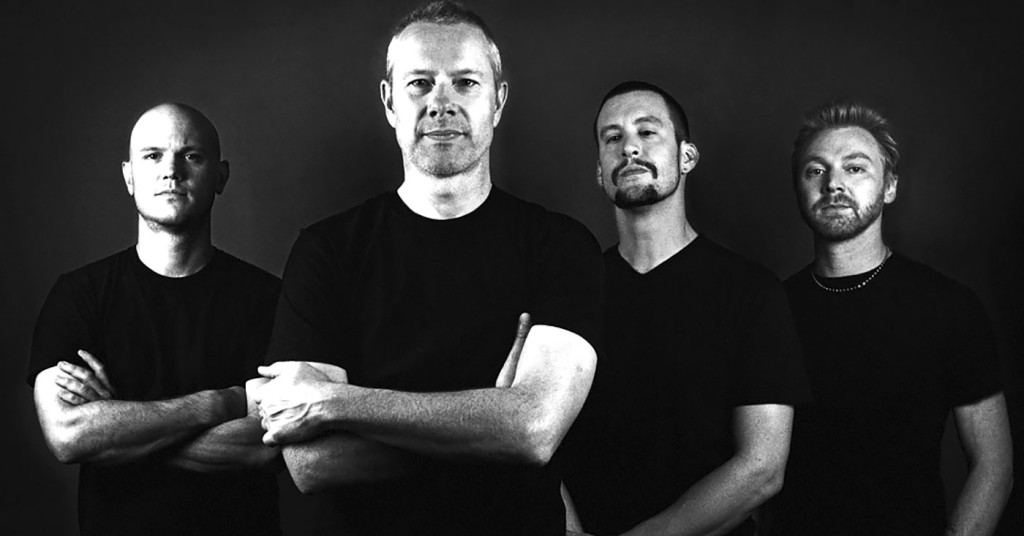 Busting onto the scene in the late ‘80s, Helmet was a band that oozed humility, with a musical style that privileged chunky, distorted riffs and noise solos over complex leads and slick guitar chops. They proved to an entire generation that you could just be yourself and eschew whatever expectations there are, which they’ve continued to do so for the last 25 years or so.
Speaking with Helmet frontman Page Hamilton, it was immediately apparent how that spirit of playful experimentation and humility is still very much alive in the band. For Hamilton, there was only one band that engendered in him the desire to make a beautiful noise.
“Led Zeppelin was the band that got me excited about being a musician,” he recalls. “It wasn’t until I was about 15 that I knew I wanted to be a musician. As far as evolving, every musician has a work system as to how they learn [the] craft. Still, at the age of 54, I’m still progressing. I practice every day. As far as my evolution, I’d like to think that I’ve become a better musician, a better writer and player, but who knows.”
Hamilton’s evolution began with a formal education in jazz guitar at the Manhattan School of Music, but that knowledge blossomed when he rejoined the rock world playing with the post-rock noise group Band of Susans as well as experimental composer Glenn Branca. According to Hamilton, “I kind of lost track of what was going on in rock. When I got in Band of Susans, I was just auditioning for whatever was in the Village Voice. It broke me of any habits, or anything I’d ever learned. I auditioned for Glenn Branca soon thereafter. He handed me a guitar that was tuned to all E’s or all B’s. It became more about rhythm. Robert (Poss) turned me onto a lot of great stuff, like Wire. They’d play one chord for half an hour.”
From there, he went on to form Helmet with now legendary drummer John Stanier and bassist Henry Bogden. After that line-up dissolved in the late 90’s, Hamilton kept busy with his band Gandhi, playing with David Bowie, and working on film scores, before reforming Helmet in 2004. So how have things changed. For Hamilton, “It’s kind of less tense now, as far as the interpersonal relationship in the band. With John and Henry, our communication was not great. It’s not their fault or mine; we all had a hand in it. We didn’t expect the success that we had, so that complicated things.”
He continues noting, “The vocabulary is kind of what it was when I found in 1989, that dropped tuning thing. It’s still about writing cool arrangements, riffs that I enjoy.”
For Hamilton, there are a couple of simple rules to follow to be an effective collaborator. He notes of his experience, “Be patient and listen and collaborate. When I worked with Charlie Klauzer from NIN, he is a computer genius, and I’m not. That was a good marriage. Just be patient and see what someone else has to offer. That said, I know what’s good and bad from my perspective.”
Their current tour sees the band revisiting their seminal third album “Betty,” in celebration of the 20th anniversary of its release.
“It holds up for me,” Hamilton says. “I always like to think it’s because the music was honestly written and recorded. I had no agenda for commercial accessibility, just solving musical problems. If you’re thinking that people are going to really love this or move to this, it may not hold up. We’re not really critical darlings. There’s no rock fashion in Helmet.”
Given such an extensive career, what is Helmet’s legacy? Hamilton humbly submits, “I don’t know. It’s not for me. I’m not going to worry about it. We’re never going to be a commercial band on that level. There are bands that have adopted and adapted what we do to what they do. Musicians appreciate that. Everybody wants to talk about Nu-Metal. But I never rapped or wore backwards baseball caps. You have no control over who you effect or influence.”
Having honed his craft, Hamilton offers the simple advice to anyone starting out that, “It takes a lot of energy. Don’t be drunk, stretch, do vocal exercises and practice. Try to warm up every day. Stay rested. Take a lot of naps. I try to run two days a week on the road. That keeps you sort of in shape on the road.Practice and listen. Don’t just listen to one thing. Be open-minded.”