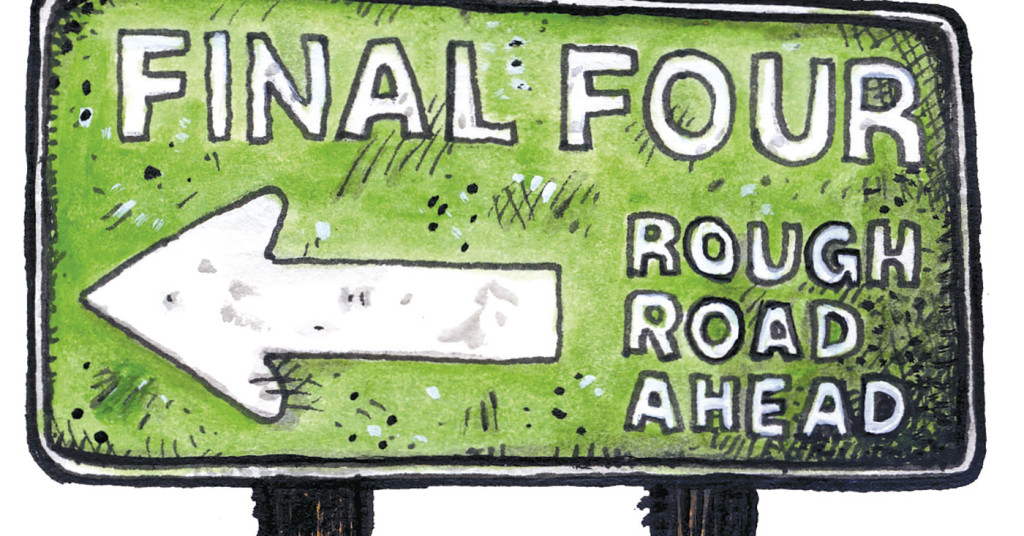 Over the last three years, the Louisville Cardinals have produced one of the greatest stretches in program history. During this time, the Cards have won three straight conference tournaments, went to the Final Four in 2011-2012, mixed in a Sweet Sixteen last year and, of course, hung a banner from the towering Yum Center rafters during the magical 2012-2013 run.

The post-season success of the past three years is even more impressive when one looks at the numbers in composite. Despite Louisville’s hiccup against North Carolina in the ACC tournament last week, the Cards are 22-2 over the last four years in post-season play. A staggering 13 of these 22 wins came against foes ranked in the AP top 25. The victims include a variety of powerhouse programs, including UCONN, Syracuse, Michigan State, Villanova, Florida, Duke and Michigan. During this impressive run, Tom Izzo couldn’t muster up a solid enough game plan, Billy Donovan couldn’t unseat his mentor, Jim Boeheim’s defensive zone was penetrable, and Coach K’s squad couldn’t match the intensity the Cards possessed. The Cards have earned their recent accolades, and they haven’t come against cupcakes.

Yet there is one powerhouse program that Louisville has decidedly not dominated over the last three years. UK has had no problem solving Rick Pitino’s puzzle. Louisville’s last two post-season losses have come at the hands of John Calipari and his University of Kentucky Wildcats. The 2011-2012 Anthony Davis-led Cats beat UofL in the Final Four, and Aaron Harrison buried the Cards in a Sweet Sixteen thriller last year. John Calipari has been the stinging bee circling Louisville’s honeypot. Calipari and Big Blue Nation are well aware of their spoiler status during this time, and taking down their rival two out of the last three years in the NCAA Tournament is something Cats fans should have every reason to feel magnificent about. Furthermore, the Cats have much more to brag about than merely being Louisville’s spoiler. A national title in ’11-’12 and a trip back to the national title game two years later is a brilliant stretch, even by Kentucky faithful’s standards. Throw in an undefeated regular season this year and the Cats are doing just fine down in Lexington.

Louisville’s recent post-season dominance of every team not named Kentucky begs the question: What would the last three years look like for Louisville if Kentucky didn’t exist? Positing this question is undeniably a stretch and is the equivalent of asking what life would look like for the Boston Red Sox if the New York Yankees didn’t exist, but let’s do it for fun. One could argue the 2011-2012 Cards, like Kentucky, would have handled Kansas in the National Championship. The Cards were on an absolute tear, winning 8 straight games before losing to Wildcats in a competitive Final Four matchup. The Wildcats went on to beat the Jayhawks handily, despite a 1-10, 6-point performance by Anthony Davis, the Player of the Year and eventual first overall pick of the NBA draft.

Now move on to last year. Many forget that some legitimate odds makers had Louisville as the favorite to win the national title entering the NCAA Tournament. There’s no question Russ Smith and company had the chops to get it done. It’s harder to play the what-if game in this scenario, given the Cards exited in the Sweet Sixteen. What is clear, however, is that Louisville beat UCONN, the eventual champions, three times by an average margin of victory of 18.3 points.

It is not an outrageous statement to suggest Louisville could be playing for a fourth straight national title if not for Kentucky. By the looks of things this year, it appears the Cats will have their say yet again in Louisville’s tournament destiny.