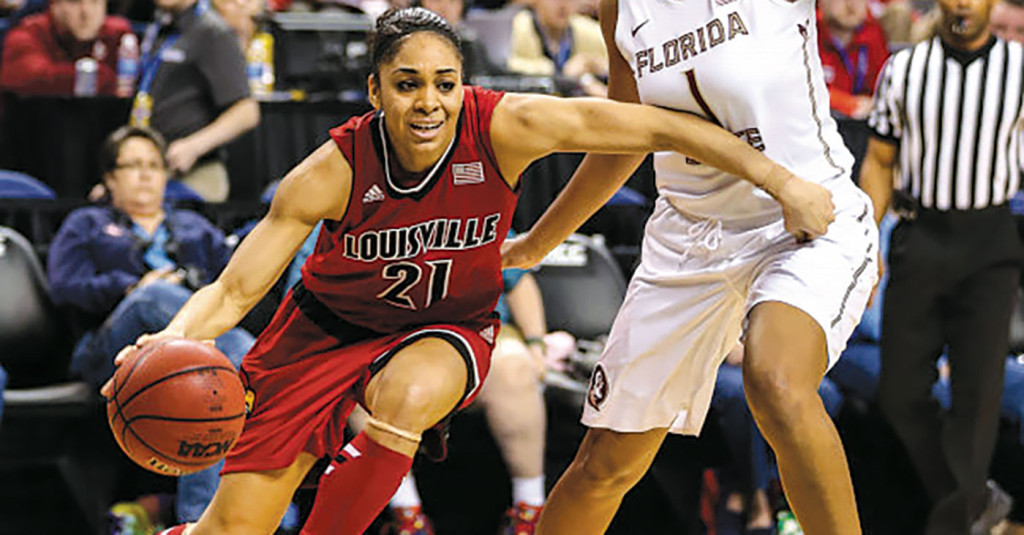 Photo Courtesy of U of L Athletic Department

While many Louisville fans were focused on the emotional roller coaster and tribulations of the men’s basketball team this season, the women’s basketball Cardinals quietly dominated their season. Of course they bounced over some bumps in the road — the Dec. 7 home loss to Kentucky was especially painful — but the Lady Cards consistently stayed in the top 10 all year. The women finished the regular season with a rough loss at Virginia, but an overall record of 25-6 (12-4 ACC) is nothing to sneeze at, especially during an inaugural season in a new league.

Louisville entered its first Atlantic Coast Conference Tournament as a No. 3 seed, and the Lady Cards immediately made their presence known by treating fans to one of their best-played games this season, defeating No. 6 seed North Carolina (24-6, 10-6 ACC) 77-75 in an overtime thriller. The game saw 9 ties, 16 lead changes and an (almost) absolutely deflating dagger of a shot by UNC freshman Jamie Cherry that sent the game to overtime.

Cherry’s Mangok-esque three-pointer was discouraging for UofL and awesome for UNC, but this Cardinals team boasts a group of seniors that make up the winningest class in program history: Jude Schimmel, Sara Hammond, Bria Smith, Shawnta’ Dyer, Sheronne Vails, plus freshmen stars Mariya Moore and Myisha Hines-Allen, who have both sparkled with standout seasons. Hammond led the team with 20 points, and Hines-Allen added 17 to help Louisville outlast North Carolina. At the end of overtime, Cherry attempted another three-pointer as the seconds wound down, which came terrifyingly close — but did not go in. Whew!

The following day, UofL lost a disappointing game to No. 2 seed Florida State (29-4, 14-2 ACC). The Seminoles never trailed and started the game by jumping ahead 33-9 with 5:34 left in the first half. The Lady Cards attempted to rally, and at one point narrowed the deficit to two points, but ended up falling 66-51.

Highly-ranked all year, Louisville will now appear as a No. 3 seed against BYU in the NCAA Tournament. If the Lady Cards perform the way they did against UNC, they could beat anyone else in the tournament. The mighty have fallen at the hands of the Cardinals before (Google “Shoni Schimmel vs. Baylor”), and Louisville has the resources — and resourcefulness — to pull off an insane upset again.