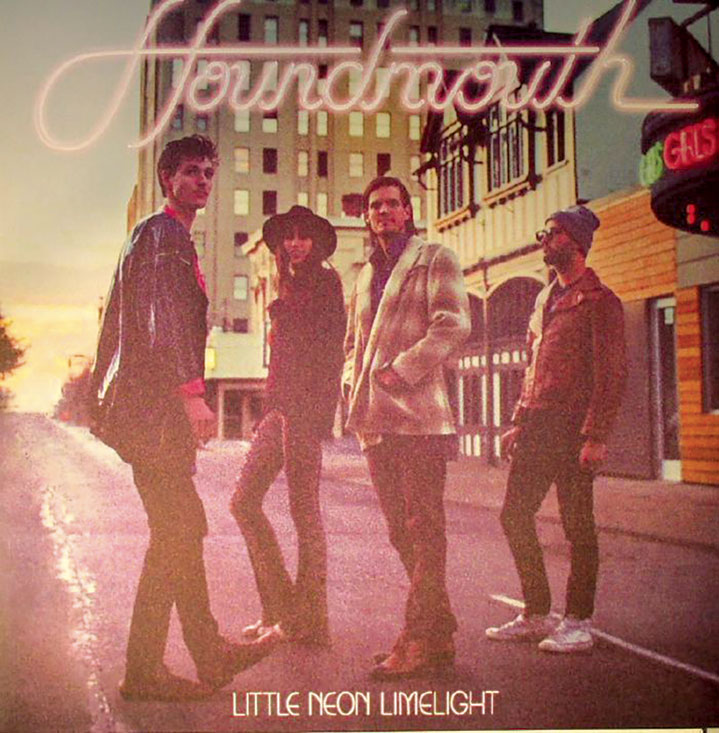 Houndmouth
Little Neon Limelights
(Rough Trade)
As they jump off the sugary Americana train that they initially rode to success (before that corner of the genre inevitably crashes), in favor of becoming a full-fledged pop band, Houndmouth, on their second full-length, vividly show their strengths — glistening harmonies, infectious melodies — as well as their weaknesses — a shortage of original ideas, believability. They’re at their finest on songs like “Sedona” and “Otis” — charismatic, straightforward tunes that rise and fall and see their voices blending together nicely. And they are at their worst on “15 Years” and “By God,” both failing to take an interesting step forward as they come too close to the quirky time signature changes, echo-effects and vocal rhythms that mirror when The Beatles were playing greasy 1950s rock n roll. The middle ground is “For No One” and “Gasoline” — stripped-down, chilly tracks that show equal parts prowess and promise.