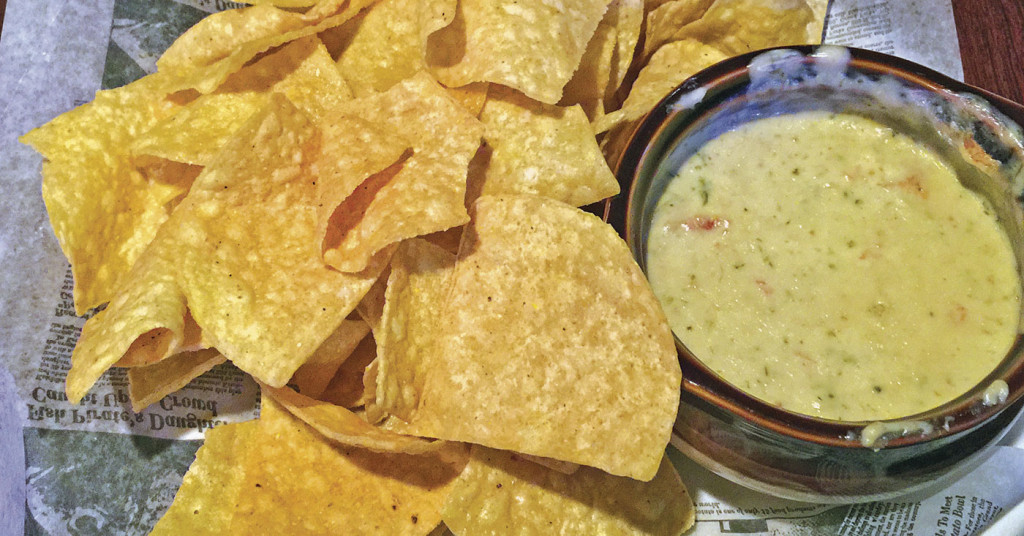 What’s a gastropub, anyway? This culinary neologism has been floating around since the middle of the last decade, and some say it cries out for mockery. “Gastropub”? It sounds, a bit unnervingly, like some kind of medical condition afflicting the digestive system.

What’s more, plenty of the more pompous food scribes decry the term. I still remember an odd analysis by one local food reviewer, who dismissed “gastropub” as an annoying label, misused and meaningless, reserved for bars that wanted to serve house-made ketchup.
This tut-tutting seemed excessive to me, given that at least a half-dozen metro eateries have happily accepted the moniker, and I’d rate most of them among my favorite places to enjoy a comfortable meal with interesting fare and a pint of craft beer.

Count ‘em: The late, lamented Blind Pig and the very-much-alive Village Anchor Pub & Roost may have been the local progenitors, but the genre has prospered over the past decade, including but not limited to New Albany’s fine Exchange Pub & Kitchen, the too-short-lived AP Crafters and the last incarnation of The Brewery as it segued into Ward 426.

And now, good news, demonstrating that the alleged demise of the gastropub – like Mark Twain’s fabled obituary – has been greatly exaggerated: Louisville’s beloved Dundee Tavern, a Douglass Loop landmark since, well, the closing years of the last millennium, has reinvented itself under new owners as … get ready for it … the Dundee Gastropub!

Bristol Bar & Grille veterans Susan Conway and Chef Chris Ross purchased the business last year from the family of Dundee’s late owner, Terri Wilhelm Detenber. They took over last Thanksgiving, and as far as I can tell, the regulars are still happy, and still packing the place.

We dropped in the other night with our friends Bob and Sharon and enjoyed a warm environment, a couple of cool pints of deep, dark and purportedly healthy Guinness and sought to evaluate the gastropubbiness of the menu.

I’d say it’s a work still in progress, and that progress continues at all deliberate speed. The menu on the website and the menu on the table were, well, a bit different, and our competent and courteous server, Natalie, assured us that more changes are on the way. This was a mild disappointment for Mary, who had her heart set on fried cod.

“No, sorry,” the server said. “There’s no fish on the new menu at all.” This seemed odd during Lent in Louisville, when most places load up to meet the seasonal demand, but whatever.

In its current state, the menu won’t be surprising to the regulars. Yes, some of the new dishes have added a hip edge. Truffle fries with cracked pepper, herbs and asiago cheese ($8) replace just-plain fries, for instance, the grilled turkey sandwich ($9) adds a schmear of fig jam. I am not kidding about this. Short ribs ($16) are now braised in bourbon and served with locavore Weisenberger Mill grits.

But lovers of down-to-earth grub will still find plenty of homey delights to keep them happy, from a pimento cheese melt ($7) and white bean soup ($4) to Southern-fried chicken’n’wafles and pork’n’greens (both $14). Entrees are affordable, ranging in price from $7 to $17 (for a char-grilled Pub Steak and fries).

You’ll be glad to know that the famous Dundee Dip ($7) remains unaltered. The four of us made short work of a heavy crock filled with a thick, spicy mix of pepper-jack cheese loaded with tomatoes, onions and spinach and a good ration of fiery jalapeños, served with a ration of crisp tortilla chips.

Denied flaky cod, we went full-bore gastropub with goat cheese lollipops ($6), an artfully constructed app of six mini-Capreses on sticks. A ball of mild goat cheese and half of a cherry tomato were speared into mini-brioche rounds and plated on splashes of balsamic reduction and green herb oil. Each made a flavorful bite, and they disappeared fast.

A black-bean burger ($7), made in house, didn’t seek to emulate a beef burger, and that’s a good thing: It was fine in its own right, a soft, savory, coarsely textured patty dropped on a tender brioche bun with a slice of domestic Muenster cheese and a dollop of avocado ranch dressing.
The BELT sandwich ($10) added a pair of fried eggs to the traditional BLT, loaded on sourdough Texas toast and dressed with garlic mayo.

Gastropub? Maybe. The emphasis remains on the “pub,” and that’s a good thing. Our share of dinner for two, including the Guinness, came to a very reasonable $29.68, plus a $6 tip.

Lolly, Lolly, Lolly, get your donuts here
What warms an icy winter morning better than a hot, freshly made donut? Are you with me? Then you’ll want to Schoolhouse Rock right over to LowBrow across from Kroger, where a charming little donut shop run by a friendly Cambodian immigrant family recently opened in the tiny building that recently housed Chicago Gyros.
If you can’t wait to get them home or scarf them in your car, you can settle right down at either of two cozy tables. Go. You’ll be glad.